Black children’s book authors create their own happily ever afters 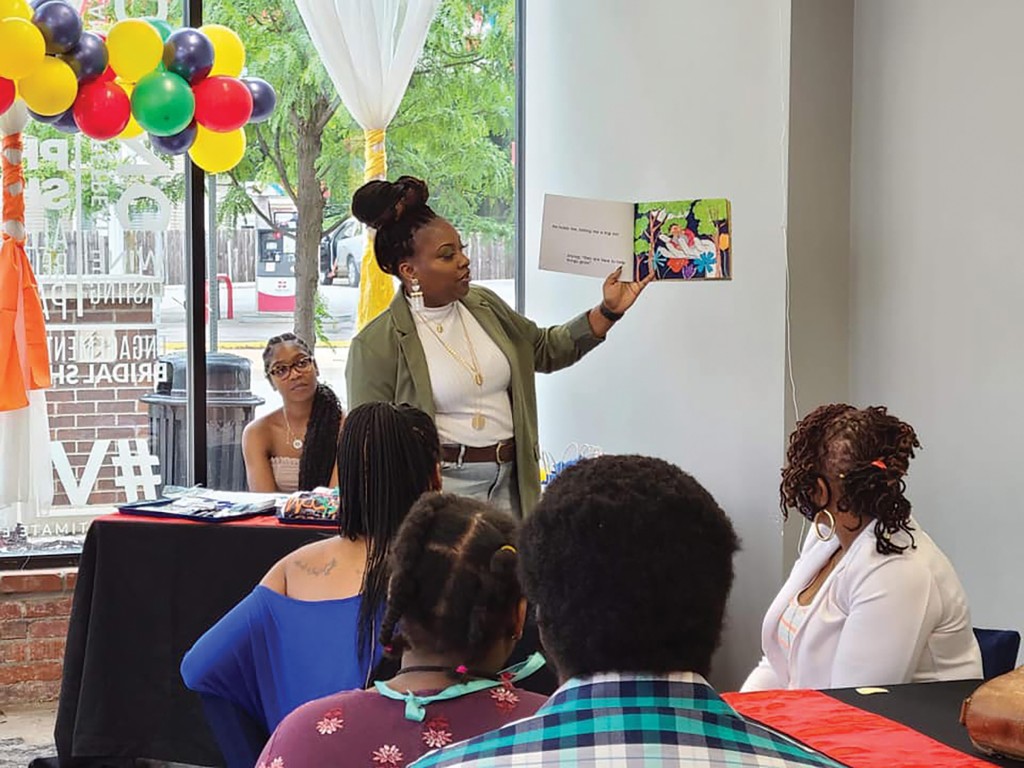 Dayonne Richardson at a reading. // Photo by Artis Stacey

Inner-city kids are subject to the harsh realities of life at an early age. Encounters with loss, trauma, and racism become early companions for many Black youths, effectively stealing the spaces that should be occupied in childhood development by imagination and wonder. In a world where children are forced to grow up fast, fantasy becomes a privilege, and “happily ever after” is less of a promise than a joke in poor taste.

The KC metro has a growing number of first-time writers, many self-publishing, in the Black community who see the need to correct the lack of representation in children’s literature.

In May of 2020, Dayonne Richardson joined that growing number. Her debut book I Told The Storm features a young Black boy named Emry who is navigating both figurative and literal storms in life. 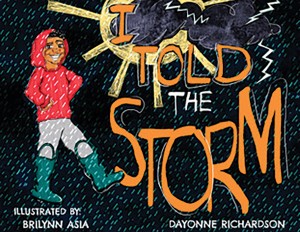 Richardson’s book, I Told the Storm. // Courtesy of Vic Jackson

“I wrote the entire book on the 14-hour plane ride back from a trip to China,” Richardson says. “When I landed I read it to my nephew and he kept wanting me to re-read it.”

Richardson, who was born in KCK and has been an educator there since 2012, was happy to create something that would apply to what she saw in her classroom as well as her everyday life. Her first book—published in the height of the COVID pandemic last year—found itself awash in a sea of both challenges and opportunities.

“I released in a type of storm,” Richardson says. “The pandemic, racial unrest, everyone at home—it was a good platform for parents to have to assist in discussing those hard issues and have a way for parents to say to their kids, ‘Are you ok?’ To ask their kids what’s going on, and have another way [for kids to show parents they] are okay instead of using anger and lashing out. As an educator, I saw the emotions in my children and saw the impact of their fear and nervousness.”

Richardson understands the cultural significance of young children relating to a main character. 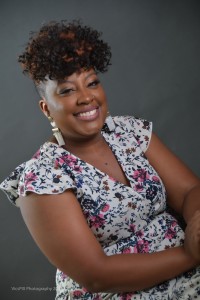 “Representation is everything, it affirms their self-identity and confidence,” Richardson explained. “Books are a mirror for students. There is an importance for kids seeing themselves in the books they are surrounded by in the classroom, in seeing a lot of little Black boys that look like Emry holding the book. My main character being in a hoodie was intentional. In some schools, a hoodie is still seen as a form of defiance. You see more stories revolving around animals when it comes to children’s books than you see characters that look like our kids.”

The Cooperative Children’s Book Center in Wisconsin has some bleak statistical data around children’s books: The genre is made up of 41% white characters, 29% animals, and 12% Black characters. There is something regrettably systemic in Black children seeing less than half as much representation in these tales than animals.

“In the last four years I have met so many other Black children’s book authors because people have a story,” Richardson says. “You can either hold on to your story or you can share it, and help someone along the way.”

Death is a regrettable occurrence that many Black children experience but don’t have appropriate outlets to appraise complex feelings and emotions that are difficult for even most adults to cope with. Of the 176 homicide victims in the KCPD’s final homicide analysis in 2020, 127 of them were members of the Black community. 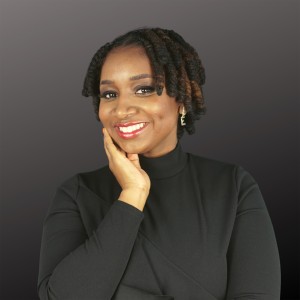 Studies from the Center for Disease Control throughout 2020 showed Black people accounted for 18.7% of all COVID-19 deaths, while only making up 12.5% of the population. Infant mortality, heart disease, and diabetes are also categories with overwhelming numbers for members of the Black community.

Christle Reed set out to use her experiences with loss to help children find a way through their own grief. Reed released her first self-published book, Hugs From The Sky, in January 2021. In addition to writing, she runs Love Creed, Inc., a non-profit organization that provides resources to children and families in response to hardships and traumatic experiences.

Reed’s book was written to assist young children with the process of healing after losing a loved one. Based in part by the experience of losing her own father at a young age, Reed hopes that children will understand that they are not alone in their struggle.

“Eighth grade was extremely hard for me,” Reed says. “The death of my father had truly set in. My mother was working extremely hard to climb the corporate ladder and my sister was no longer at home. I had been expelled for fighting and was now adapting to attending private Catholic school. I barely passed the eighth grade because I was so disconnected from life. I mean, I was literally backstage at our graduation doing make-up work to pass.” 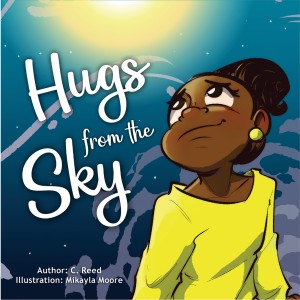 Writing this book was important to Reed not only to tell a piece of her story but to also alleviate some of the stigma surrounding death and children’s books.

“My children’s books focus on topics that are real for children, but rarely spoken about,” Reed says. “Loss and grief is something that is very real in the African American community. It happens daily, in some of the most tragic ways. However, it is rarely talked about.”

A humanitarian at heart, the first-time author hopes her message surpasses themes of race because, as she says, “Grief and loss are real for everyone. COVID-19 has amplified the statement.” Reed hopes that all children of all communities can draw inspiration from her journey and work. She also wants Black children to receive the benefits of representation she had as a child.

“My parents were extremely proactive in ensuring my sister and I had books and toys that looked like us. In retrospect, this had a positive impact on my overall self-esteem,” says Reed. “In a white-washed world, I am very proud to be an African American. When Black children are able to see themselves in literature, their potential increases and their imagination about their future expands.” 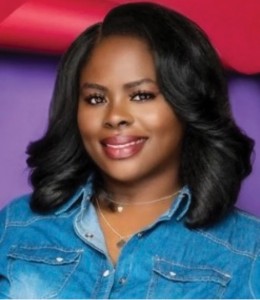 The Thought Jar by Nikiyah Crosdale is another local book aimed at helping children with mental health and enforcing the power of positive thinking. Crosdale saw how bleak early 2021 had become and moved to help the only way she knew how.

In the story, a little girl discovers how her negative thinking directly affects her actions and reality. Her teacher introduces her to The Thought Jar, a tool Crosdale herself used as a child to manage her thoughts and create habits of positive thinking. The little girl is empowered to use positivity to twist her bad days into good ones.

“Growing up, some of my favorite books had characters that looked like me. There’s something about being able to see yourself in the characters that create a different level of intimacy and connection to the story,” says Crosdale.

As one of many first-time authors entering this self-publishing space, Crosdale had to pay for copyrights, advertisement, marketing, illustrators, and to get the book in stores independently—hurdles that authors with established industry connections and support rarely struggle with. 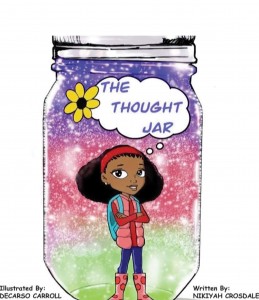 “As a Black person, I can’t expect other ethnic groups to represent us,” Crosdale says. “It takes new Black authors to step up and be the change they want to see.”

One must wonder why the publishing of Black authors by the major publishing houses has only begun in recent years, and why many feel the need to self-publish. Do mainstream publishers simply not see the value of sharing these experiences, or has a lack of diversity in publishing resulted in a type of main character that seems unprofitable on paper?

Even as publishing increases the diversity of the industry and of published books, it is still not truly equal yet.

This new generation of writers is doing their work to ensure that the future of the urban core includes literature where kids can see themselves and their lives reflected. With any luck, those kids will grow up in a world where that reflection doesn’t feel like a fluke. The day that the publishing world becomes truly equitable, awash with the wealth of brilliant Black writers seeking a platform—that’s when we’ll know the tide has changed.