BKS Artisan Ales is making great beers. But they’re not easy to come by. 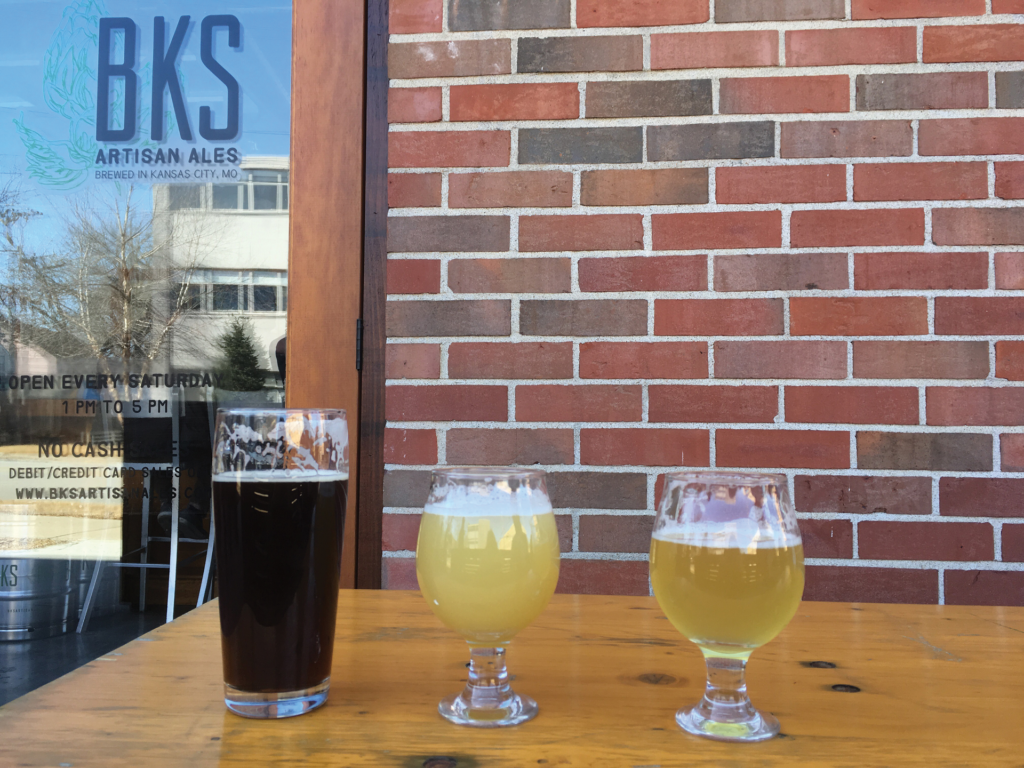 Stanning for BKS Artisan Ales, the four-month-old brewery in what we are now calling East Brookside, can be deeply frustrating. Although the beers are ready for the limelight, the business seems trapped in a perpetual state of rehearsal. The brewery doesn’t fill growlers, citing quality control and production volume concerns. It doesn’t sell beer flights, though the tap list is long enough to demand one. Cans and bottle releases are limited — BKS may have only one option for beers-to-go, when it has one at all. And the small, sunny taproom is currently only open four hours a week (though that’s set to change; more on that in a bit).

I love these beers. But I can’t help but feel like I’m watching Lin-Manuel Miranda opening Hamilton as a one-night engagement at the YMCA.

Still, the brewery has a couple things going for it over others twice its age: quality and variety.

Owners Brian and Mary Rooney tap eight beers each weekend, often rotating in a special release or experimental version of one of their signature beers. Count on having a couple Belgians, a couple IPAs, a milk stout, and an English mild ale to choose from.

Although hopheads are well-represented here, they have little reason to stray from the Antithesis, a rock-solid Midwestern IPA that clocks in at a sneaky 6.8 percent ABV. The mix of Chinook, Mosaic, and Simcoe hops in the version I tried gave Antithesis bite without sacrificing body. While this beer might not convert IPA haters, it will go a long way toward convincing them the style doesn’t have to be a palate-punisher. Here, the bitterness is balanced with a soft, sunny sweetness: pale malts do for the hops what the Police did for Sting.

The other hoppy ales I tried were bold, but a little less complex. The Counterculture IPA was a cover model, pouring an opaque yolk-yellow and bearing strong resemblance to a mimosa. But the flavor profile was blunter than I’d hoped. The Tiny Clouds, a 4.5 percent hoppy blonde ale, was similarly one-note, with an almost metallic tang from the intense Citra hops.

The sour styles are more consistent. If I were left to my own bad impulses (and the taproom were open a little longer), I could easily drink a case of Fleur de Citra, a dry-hopped and soured saison-style ale with tart lemon notes and round, juicy flavors. Citra and Azacca hops added body to the beer without too much bitterness.

I was equally infatuated with the Vacation Island, a rotating sour taking inspiration from different vacation drinks — on my visits, Bahama Mama, Blueberry Pina Colada and Cucumber Margarita. I’m still dreaming about the Cucumber Margarita, a wholly unique beer at the top of my “Drop Everything And Drink” list (nevermind the acronym) when it shows up on the menu. The cloudy sour balanced the mouthwatering aroma of a Sour Patch Kid with the clean, slightly savory notes of a garden cucumber. Each sip teetered between sweet and sour, bursting with brisk citrus flavor and vegetal freshness. Credit to the Rooneys for ensuring this comes in below 4 percent ABV, because this is exactly the kind of beer I want to “session.” (Has there ever existed such a perfect, Frank-Luntz-grade euphemism for binge drinking?)

Many of BKS’s limited releases have the appeal of permanent fixtures. I’m thinking of a special batch of Rockhill and Locust, a rendition of the brewery’s signature English mild ale that added Oddly Correct’s Paupa New Guinea Waghi Valley coffee to the mix. English milds are often too thin for my taste — it takes some eccentric malts to keep things interesting. But at BKS, the infusion of complex coffee lent the beer a welcome bitterness and a rounder mouthfeel. The result was a beer with as much character as its paler castmates.

Even the rare misses are novel enough to be worth sampling. I’ve pledged allegiance to BKS’s Holstein Milk Stout before — the rich coffee and chocolate flavors and silky smooth texture make this the platonic ideal of the style. But I missed those cranky coffee notes in the Maple Holstein release, which was packed with maple flavor but too sweet for a full pour. A four-ounce tasting glass — the kind you might find on one of those elusive beer flights — would be ideal.

BKS works in mysterious ways, and those ways don’t yet include catering to fussy fans like me. For now, more patient drinkers can enjoy a beefy taplist full of lively beers. For the rest of us, there’s good news: the Rooneys are already working on expanding their space to up production volume, and, starting in April, there’ll be wider tasting room hours on Saturday (12 p.m. to 7 p.m.) and Sunday (1 p.m. to 5 p.m.). With a little luck, this promising brewery might soon have the time and space to welcome the audience it deserves.