Bishop Finn declares war on behalf of the ‘Church Militant’ 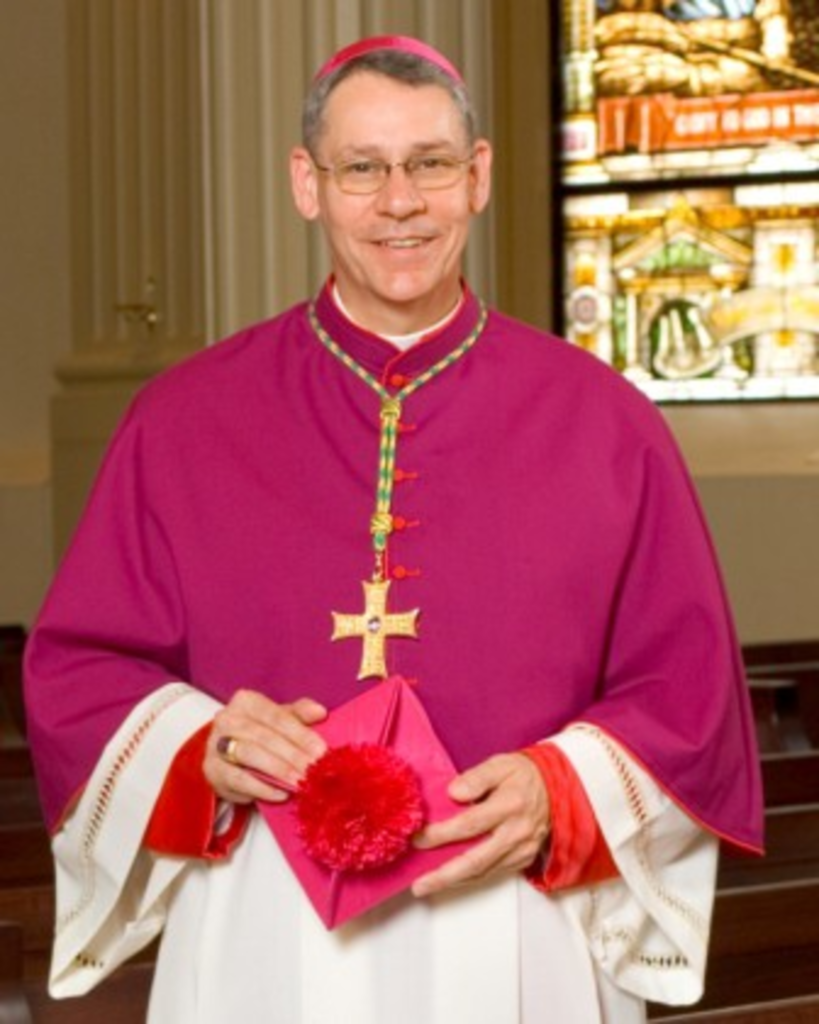 Bishop Robert Finn declared war on behalf of pro-life activists at last weekend’s Gospel of Life Convention. Finn, of the Kansas City-St. Joseph archdiocese, apparently doesn’t care much for abortion rights or gay marriage or contraception or Notre Dame’s invitation to President Obama to speak at the campus — a decision he called “scandalous, discouraging and confusing to many

Finn called himself and his supporters “warriors” and members of the

“Church Militant.” But he wasn’t calling supporters to arms against their “human enemies” even if the end result is “something

good, even something as significant as the protection of human life.”

Finn compared abortion in America to September 11, 2001, the holocaust and any other war. Abortion, of course, is worse.

Finn encouraged his supporters to love their “human enemies.” He warned

‘let live,’ but actually to ‘let die,’ or ‘let life be destroyed.'” Especially the politicians (but none — other than Obama — by name).

personal opposition to abortion, while they support the legal right to

an abortion. We should be very clear: Such a person places him or

herself completely OUTSIDE the moral framework, the moral imperative of

Evangelium Vitae and other Church teaching on these issues. They are

NEITHER defending human life against the forces of death, NOR or they

taking steps to build a culture of life. They have abandoned their

place in the citizenship of the Church. Quite simply they have become

warriors for death rather than life.

Such a person who makes a

endangers their eternal salvation. If you and I support such a person

Right to Death, a Right to an Abortion, we make ourselves participants

in their attack on life. We risk our salvation, and we better change.

Finn referenced the “dangers of contraception: to our souls, on

marriages, on our culture, as a preamble to abortion and as a degrading