Billy Elliot the Musical, at Spinning Tree Theatre, is a follow-your-heart story (with anti-Thatcherite anthems) 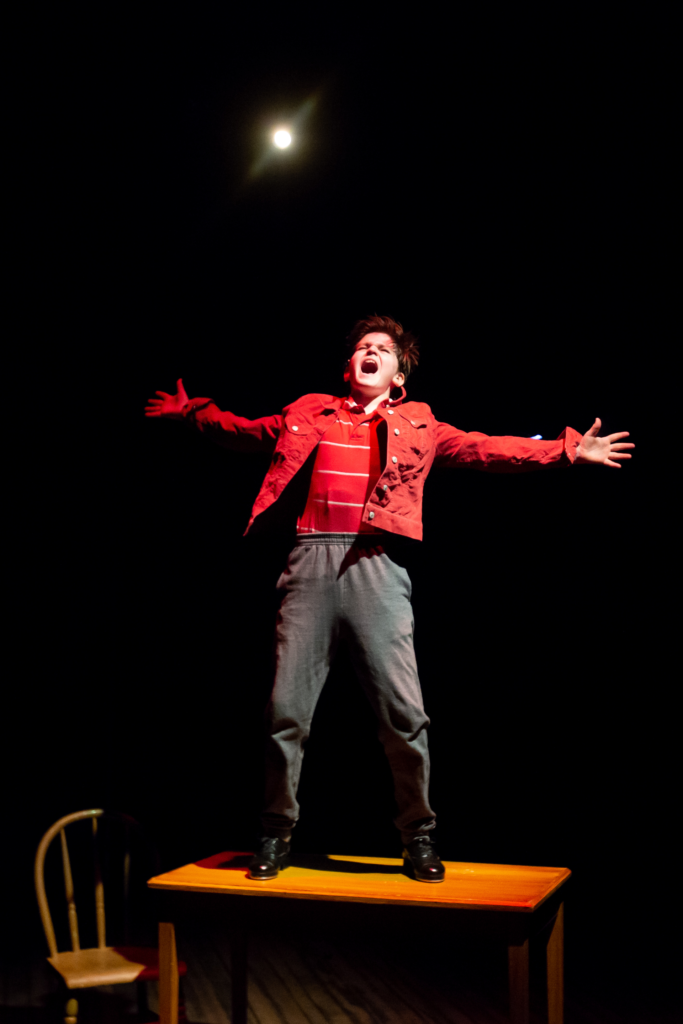 Billy Elliot the Musical, playing through this weekend at Spinning Tree Theatre, is ostensibly about a lot of things: gender essentialism, artistic expression, the union-busting tactics of the Margaret Thatcher years. The 2005 Elton John and Lee Hall musical — based on the 2000 film of the same name — centers on a working-class boy nurturing a secret love of ballet during the 1980s miners’ strike in northeast England.

But Billy Elliot is, perhaps more than anything, a gutsy vehicle for a child star. Finding a pre-teen triple threat is the challenge for any local or regional theater hoping to stage the show. Over the course of the two-act musical, Billy is forced to “audition” multiple times — to earn respect in an all-girls’ dance class, to win the approval of his macho Manwich of a father, and ultimately to snag a slot in London’s Royal Ballet School. He also sings some of the show’s biggest numbers.

Fortunately, director Michael Grayman-Parkhurst tapped Warrensburg middle schooler Ben Renfrow for the role. Renfrow is an exceptional singer and an expressive actor, and he plays a credible 11-year-old while bringing welcome emotional maturity to the role.

Billy’s solo dances, choreographed by Andrew Grayman-Parkhurst, skew toward recognizable ballet poses and underscore errors more than looser, less structured movements might. But the choreography for group numbers creates some of the show’s most memorable theatrical magic: say, a delirious, full-cast mashup of the picket line and a ballet class. (Shannon Smith-Regnier’s costumes likewise pit an explosion of ‘80s dance-pop colors against a subdued, dreary palette of work clothes and police uniforms).

That choreography is also well-adapted to a cast that includes several child actors. And Lee Hall’s grounded, profanity-punctured lyrics kick in at the right moment to keep a clarion chorus of child voices from sounding like aural aspartame.

As I age, I’m less affected by Billy Elliot’s wide-eyed, “dare to dream” messaging and more by its throaty call for union strength and its thorough hosing of Thatcherites and would-be scabs. Which is to say: there’s something in this show for everyone.

Exhibit A: a mid-show Christmas pageant that paints the miners as both more expressive and intellectually engaged than Billy’s ballet-school compatriots might expect. Tony Houston, who plays Billy’s firebrand older brother, is at his best in “Merry Christmas Maggie Thatcher,” a comic interlude laced with lethal jabs at the former prime minister.

That goofy song may also be the closest thing Billy Elliot has to an earworm. Sir Elton John’s music has few infectious toe-tappers; instead, the songs range from martial cries for solidarity to looping, introspective anthems (the live backing band, directed by Pamela Baskin-Watson, is excellent, though a flat saxophone line marred a recent mid-week performance). That said, the songs rarely feel frivolous. Instead, they develop the play’s core relationships to hone a very particular read on familiar struggles. 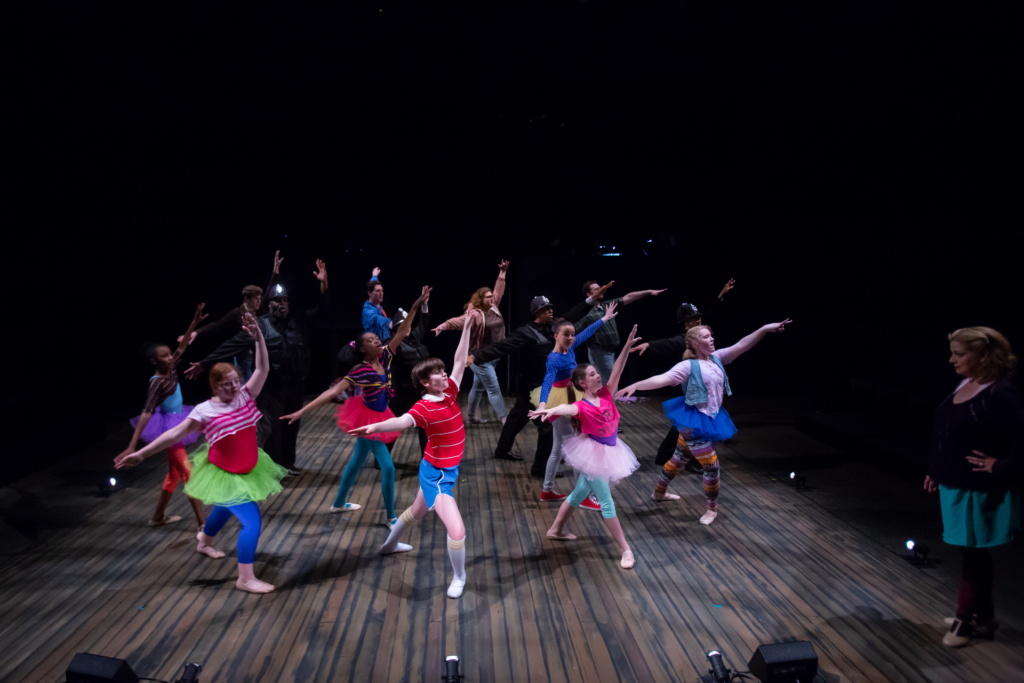 This is especially true in “Grandma’s Song.” Marilyn Lynch masters the comitragic turns and evokes a sturdy kind of warmth as Billy’s grandma, a small and trope-y role that feels fresher and meatier in her care. Ditto in “Deep Into the Ground,” a sentimental folk song performed by Billy’s typically buttoned-up dad. Robert J. Hingula sells the transition by playing Billy’s dad with a core of tenderness from the show’s outset.

Actor Julie Shaw, a Spinning Tree veteran, keeps the plot moving in a gritty but nuanced performance as Billy’s ballet teacher, Mrs. Wilkinson. And in a strong ensemble cast, the specificity of Jahnaya Thomas’s and Devon Barnes’s acting stands out.

One snag: the show’s production design doesn’t quite live up to those performances. Director Michael Grayman-Parkhurst casts the show well and stages stark, memorable tableaux. But the barebones scenic elements, sparse furniture and porous playing areas make the production come off less polished than it ought to (Justin Dudzik’s excellent lighting design works overtime crafting setting and mood). That scenic design might also be a sign Spinning Tree has outgrown its home in Just Off Broadway’s black-box theater.

In the pre-show announcement, Andrew Grayman-Parkhurst announced Spinning Tree’s future move to the Johnson County Arts & Heritage Center in Overland Park. Here’s hoping it will be an even better fit for the company’s talent, vision and ambition.