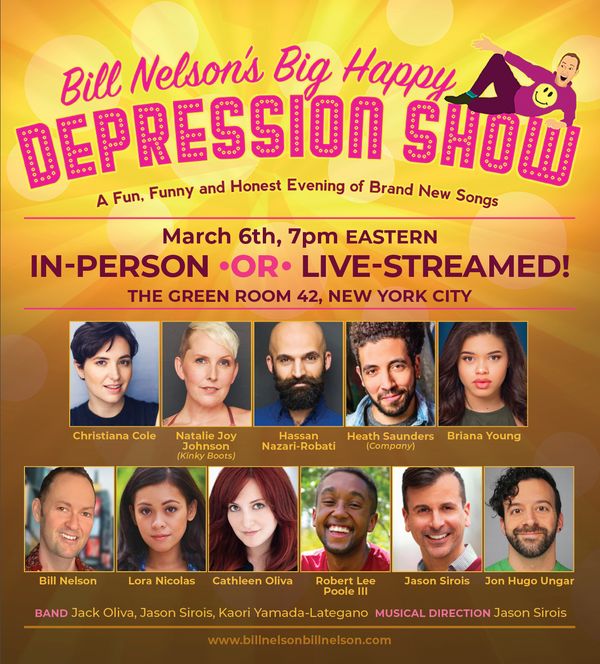 “Bill Nelson’s Big Happy Depression Show is an evening of brand new songs all about depression. Yep, depression, but it’s FUN, and deep, and FUN,” a recent press release teases.

The self-aware comedy will take place in Manhattan’s Green Room 42, bringing cathartic laughter to audiences all the way in the Midwest. Nelson describes the musical showcase as an examination of depression and everything it encompasses.

The mastermind behind the show co-founded Burning Moon Productions—a Kansas City theatre group centered around melodic storytelling and gay culture—through which he contributed to the town’s theatre scene with works such as Tales from Gaydom and Mishappenance.

Bill Nelson’s Big Happy Depression Show is aimed to put a bright spot on the 16 million Americans who experience the effects of depression, including Nelson himself. With that in mind, a portion of the profits garnered from the performance will benefit Mental Health America.

Livestream tickets prices start at $19 and can be found on the Green Room 42 website, along with other information.