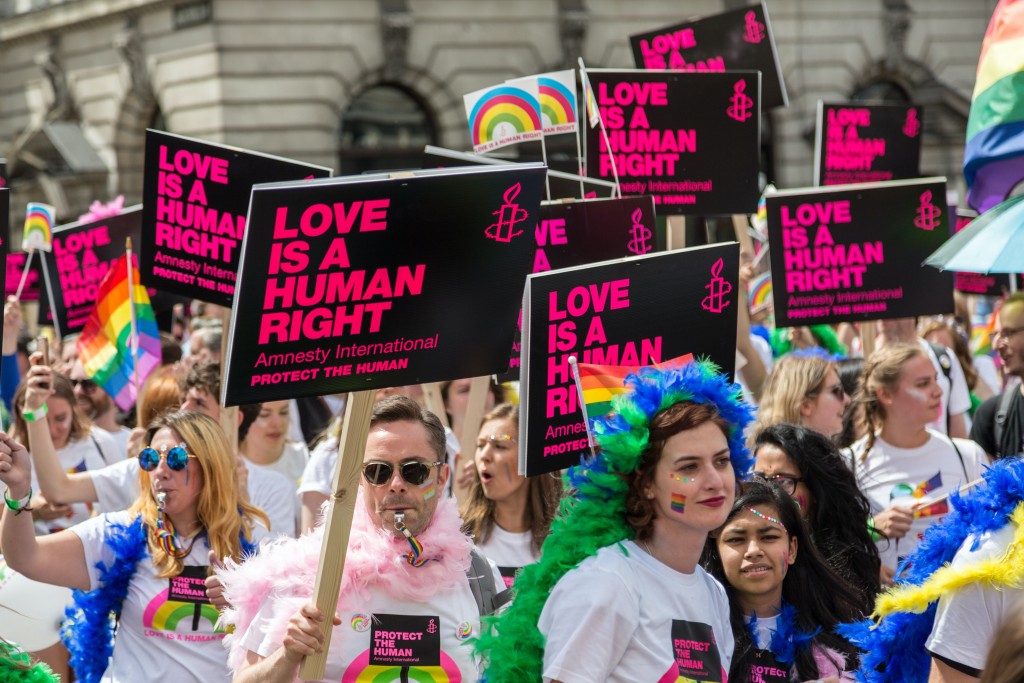 WASHINGTON — The U.S. Senate is on track to vote on a bill codifying marriage equality as soon as next week with negotiators increasingly confident it could become law.

Wisconsin Democratic Sen. Tammy Baldwin and Maine GOP Sen. Susan Collins said Wednesday they’re close to getting at least 10 Republicans to back the same-sex marriage measure, pushing it past the minimum number of senators required to clear the chamber’s legislative filibuster.

“I think the momentum is going in the right direction. And yeah, I think it’s gonna have good support,” Baldwin said.

However, the bill might undergo some changes from legislation already passed by the House, which means it would have to return there for another vote before going to the president’s desk.

Baldwin and Collins said during separate interviews with reporters they’re working on an amendment that would address some lawmakers’ concerns about religious liberty protections for people with sincerely held beliefs opposing same-sex marriages.

“We’re looking at an amendment that would strengthen the language in the bill to make crystal clear that it does not in any way infringe upon religious liberties,” Collins said. “And it also would correct a drafting error in one part of the bill and make it very clear that marriage is between two individuals.”

The changes to the bill, Collins said, would answer concerns from some lawmakers the legislation “could somehow lead to federal recognition of polygamous relationships, even though there’s not a single state that allows for polygamous marriage.”

Collins and Baldwin said they want the legislation to move as a stand-alone bill, not attached to a must-pass government funding bill that needs to become law before the new fiscal year begins Oct. 1.

Senate Majority Leader Chuck Schumer, a New York Democrat, said during a press conference Wednesday he plans to bring the same-sex marriage bill to the floor soon and that he would prefer for it to remain disentangled from the government funding bill.

“A vote on marriage equality will happen on the Senate floor in the coming weeks and I hope there will be 10 Republicans to support it,” Schumer said.

The fears stem from Justice Clarence Thomas’ concurring opinion in the abortion case, where he wrote that the justices “should reconsider all of this Court’s substantive due process precedents” that applied legal reasoning similar to that in the two cases that kept abortion access legal nationwide for half a century.

Some Republicans have objected to the move by Congress to ensure same-sex couples will keep their marriage protections if the Supreme Court overturns the 2015 decision that guarantees marriage equality.

Those GOP lawmakers have argued it’s unnecessary and political for Democrats to advance this legislation.

Baldwin pushed back on that assertion Wednesday, saying marriage equality “is real for a whole lot of people.”

She said she believes negotiators have amendment “language that will satisfy the concerns that have been raised” on the bill’s religious liberty protections and that they will be releasing that publicly “soon.”

A Senate Democratic aide not authorized to speak publicly about private deliberations on the bill said the current version of the legislation “leaves intact religious liberties afforded under the Constitution or the Religious Freedom Restoration Act.”

But the aide noted that Baldwin and Collins’ work on the amendment would provide “more clarity on this point that the legislation would not take away any religious liberty or conscience protections.”

North Carolina Republican Sen. Thom Tillis, a supporter of the legislation, said Wednesday he believes negotiators have “made great progress on religious freedom protections and listening to the concerns that members have expressed.”

Tillis said he and other negotiators were “hopeful” those changes would ensure more GOP support.

Ohio Republican Sen. Rob Portman is expected to support the measure as well. He co-sponsored a  similar bill in the Senate.

So far, Baldwin and Collins have declined to say which other Republicans have committed to vote for the bill.