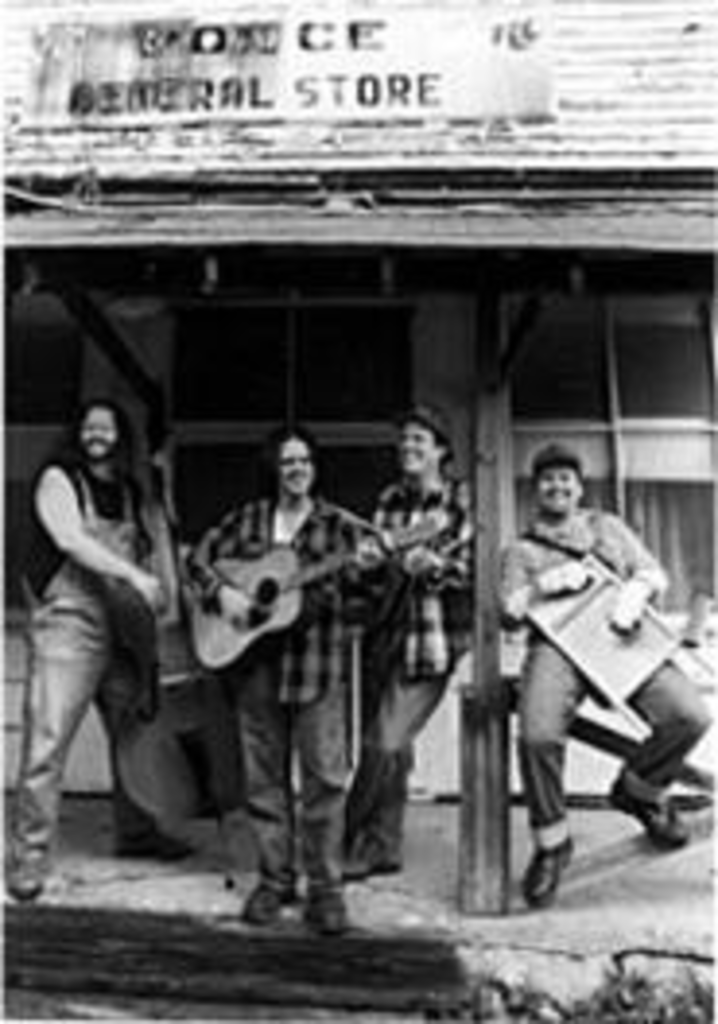 As the product of Southern Baptist music ministers from Christian County, Missouri, Mark Bilyeu was groomed to live life more like devout Royal Mike Sweeney than like one of the hard-partying Chiefs (4W-4L-2DUI). But not all those kernels of knowledge took root with the guitarist, so even though he learned his early performance lessons at the altar, he soon moved on to the garages and taverns surrounding Springfield.

“Gospel music has always been a big influence on us, but as far as the message goes….” After a considerable pause, Bilyeu adds, “If you talked to the five guys and sat down and had a one-on-one with them, you’d get a wide range of responses. We couldn’t get away from it [religion] if we wanted to, though. It’s just something that will always be a part of us.”

And that’s a good thing. Gospel music blessed the five cousins that make up Big Smith with an uncanny sense of rhythm and those distinct tenor-baritone harmonies. The good lord of bluegrass also bestowed upon these chosen children of the Ozarks the unique ability to turn any venue into an impromptu rock-and-roll tent revival. That feat is duplicated on the group’s double-disc live album Gig, if you’re interested in spreading the word.

Big Smith does reference higher powers (Picked up the Bible/Shrugged off its rival/I let a preacher talk to me tonight) but also nods to hippie hay, and lines such as You might go to heaven/You might go to hell/You might go to Wal-Mart or maybe Taco Bell paint a more accurate picture of the unabashedly simple and straightforward group.

Bilyeu mentions Hank Williams as his biggest influence when it comes to writing country and bluegrass songs. “I rarely live up to that standard,” he says, “but he’s always in the back my mind.” But though Hank Sr. might inspire Bilyeu when he sits down to write, other influences also seep into his songs.

Maybe it’s the streams of whiskey and regret that seem to run through every song, or maybe it’s the high, lilting strings that make those tales seem more mundane than macabre, but the evidence of Big Smith’s locale is as apparent in these songs as Uncle Tupelo’s was more than a decade ago. Though separated by hundreds of miles, ten years and scores of bands in between, the two groups both dipped their toes in the Ozarks’ deep musical heritage.

“The Ozarks have inspired so many people, and you can’t discount that in our music,” Bilyeu says. “This whole area’s got a charm to it, and it’s been the inspiration for a good deal, if not the majority, of our songs.”

Still, for musicians whose sights are set on big-time success, the Ozarks probably isn’t the place to be. Branson is where stars are put out to pasture, not discovered.

“We realize the Ozarks is not the center of the music industry,” Bilyeu admits. “But we’re enjoying more success now than we probably deserve to, so we really can’t complain. We don’t have to get into the demands of a label that keeps us on the road. We can tailor the band’s schedule and goals around what’s going on in all the guys’ lives.”

If you tour the country with a washboard hanging around your neck, you stand a good chance of being called a yokel, and that goes double for those with a working knowledge of the boot heel. The alternative isn’t much better, though. If you’re talented enough to want people to take that washboard — and the musicians around it — seriously, then you have to pass the whole thing off as a tongue-in-cheek act for the slumming highbrow set. Bands ranging from Clem Snide to our own BR-549 have been accused of as much by “real” country acts for years.

“We’re not concerned about that,” Bilyeu says. “Humor is a big part of what we do, but it’s lighthearted. There’s enough meat on a lot of the lyrics that if people are patient and take the time to get into the songs, they’ll realize there’s substance that goes with the shtick.”

Substance, sure, and a style that makes everyone feel at home in the Ozarks, even if they’ve never come closer than a topless weekend in Party Cove.

“So much of what we do is just meant to make people happy,” Bilyeu says. “For us to put up some sort of façade that we’re angst-ridden or that we’re aloof and don’t really give a shit what the crowd thinks, that’s not going to help us at all. We haven’t succeeded unless the crowd’s happy.”

Like any good ministers, Big Smith remains focused on its flock.