Big Slick is back, baby! Get ready to enjoy a celebrity-packed talent show benefiting Children’s Mercy 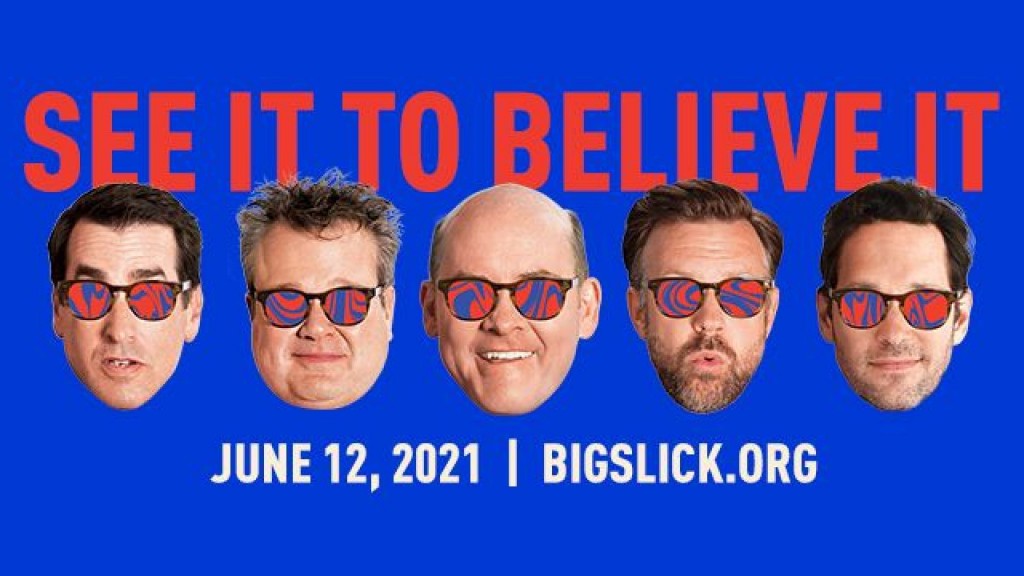 On Saturday, June 12 Big Slick KC will return to fundraise for Children’s Mercy – but this time, the event will look a little different.

Instead of their usual weekend long event, Big Slick will be hosting a talent show pandemic style: virtually.

Together the five of them will host the Big Slick Virtually Talented Show at 7:30 p.m. June 12. According to a press release posted on the Big Slick website, the talent show will be a wacky, original production, packing 30 celebrity performances into one hour.

“Professional performances will be attempted. Hidden skills may be uncovered. Raw talent is not guaranteed,” the press release says. “However, in true Big Slick style, buckets of wacky fun will be had, and important funds will be raised to ensure Children’s Mercy is at the forefront of pioneering new treatments and cures with the goal of eradicating childhood cancer and transforming pediatric medicine—giving all kids a chance at a healthier future.”

For the free virtual event, Big Slick will partner with Made In KC to create 10-person “watch party packs” so viewers can host watch parties and be a part of the cause. The packs are valued at $300, but cost $2500 as the remaining $2200 will be a tax-deductible donation to support Children’s Mercy. Click here to see what the party packs include and purchase yours.

In addition to party packs, Made In KC will sell limited edition tee-shirts. Proceeds will also benefit Children’s Mercy. The tee shirt is available on the Made In KC website for $50.

Donations of any amount to support Big Slick and Children’s Mercy are also appreciated. Click here to donate.

Details on how to view are pending, so be sure to keep an eye on Big Slick’s social media or website.

There also will be performances by Brothers Osborne, David Cook, and Jay DeMarcus and Joe Don, of Rascal Flatts.

Creature Feature: Limp Bizkit will be the best WFH partner