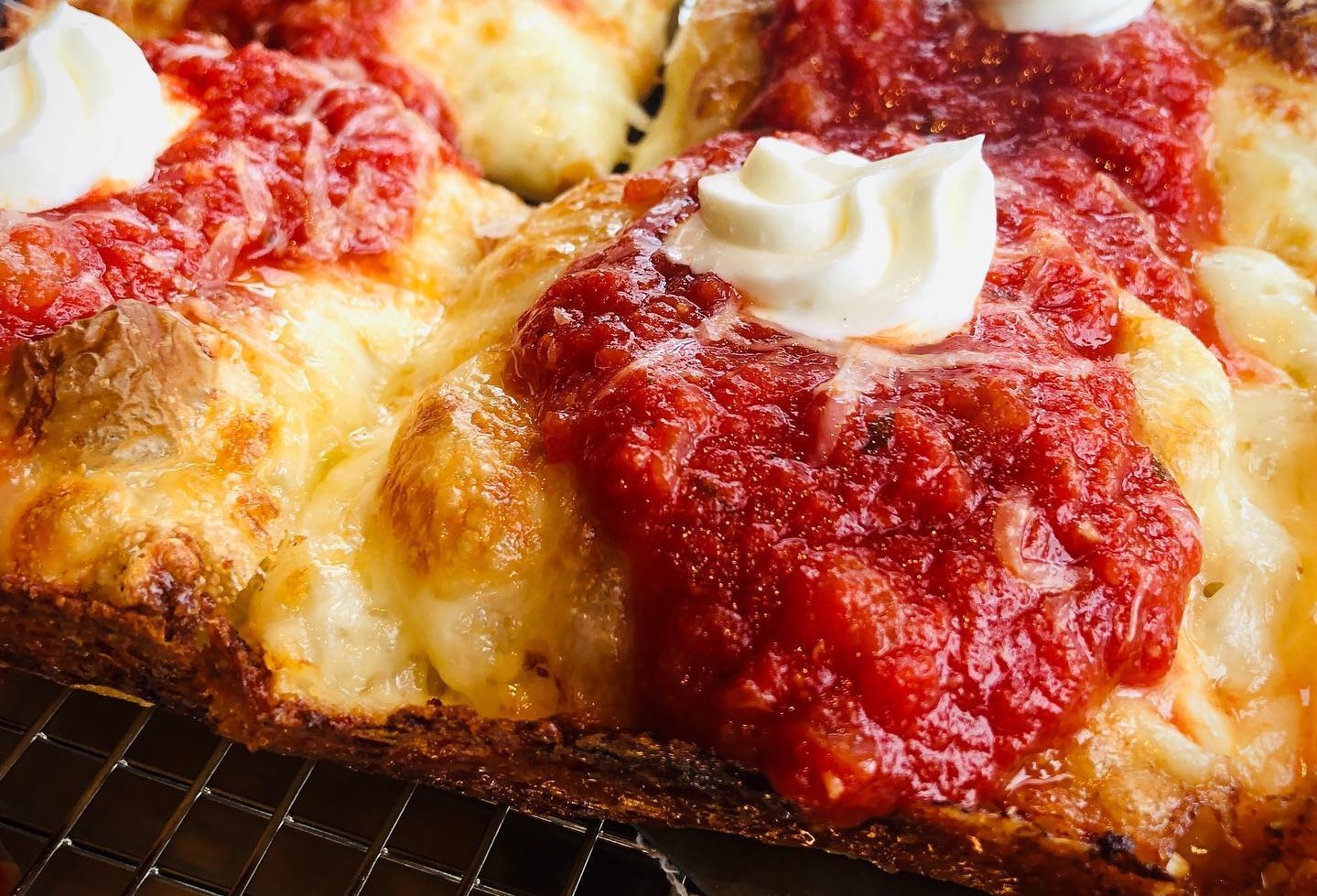 Big Mill (900 Mississippi Street) is now officially open in Lawrence, serving up crusty, cheesy, chewy Detroit-style pizza in a former laundromat just steps from KU campus. The restaurant, whose name plays homage to a landmark grain mill that once stood down the street from Big Mill’s current location, serves up a variety of shareable small plates, sandwiches, and cocktails. The star though, is the aforementioned pizza, baked up in blue steel pans to achieve that enviable chewy, caramelized pan crust and Wisconsin brick cheesy edges (excuse us while we wipe something—definitely not drool—from our mouths).

Broadmoor Bistro (8200 West 71st Street) is hosting chef Al Ives for its mentor series. Ives is chef de cuisine at Cleveland’s lauded Alley Cat Oyster Bar, a restaurant that features ultra-fresh and inventive seafood dishes. During tonight’s dinner, guests can sample dishes like shrimp bolognese with pickled tomato, Nashville hot chicken with Broadmoor pickles, and hot and cold oyster preparations, among other dishes. The meal is $40 a person, not including fees or gratuity. Call 913-993-9752 to check on availability. 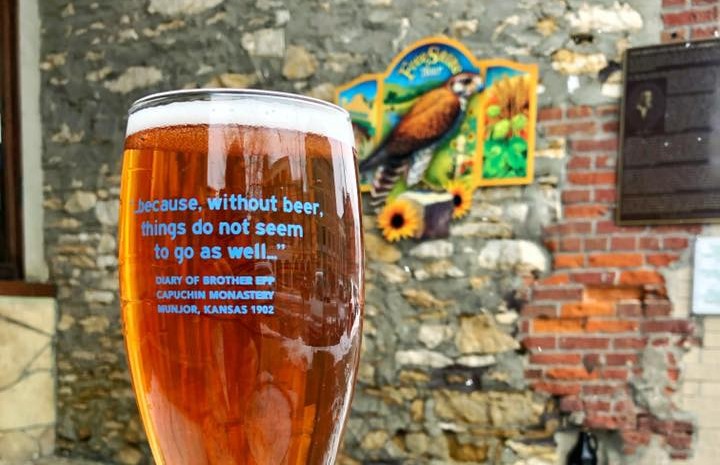 In Leawood, Rye (10551 Mission Road) is hosting a coursed dinner featuring beers from Lawrence’s beloved Free State Brewing Company. Get in for dishes like crispy lion’s mane mushrooms with a lemon-veal glaze over farro verde (paired with John Brown Ale), or Koji-aged Campo Lindo Farms hens with roasted acorn squash, mushroom brodo bread pudding, and scallion pesto (Yakimaniac IPA).  The meal is $65 a person (not including gratuity or fees); learn more and pick up tickets here.

Stout lovers and fans of Black Squirrel should head to Cinder Block Brewery (110 East 18th Avenue, North Kansas City) for its fifth annual stout party. Starting at 4 p.m., Cinder Block is releasing its 2019 version of Black Squirrel, as well as kegs of the desirable 2018 and 2017 versions of the beer. They are also releasing a new Retribution Rye (Rye barrel-aged Imperial Black Rye), as well as a brand-new nitro stout. Go hungry too, as Thaiger KC, which serves Laotian and Thai street food, will be popping up as well. 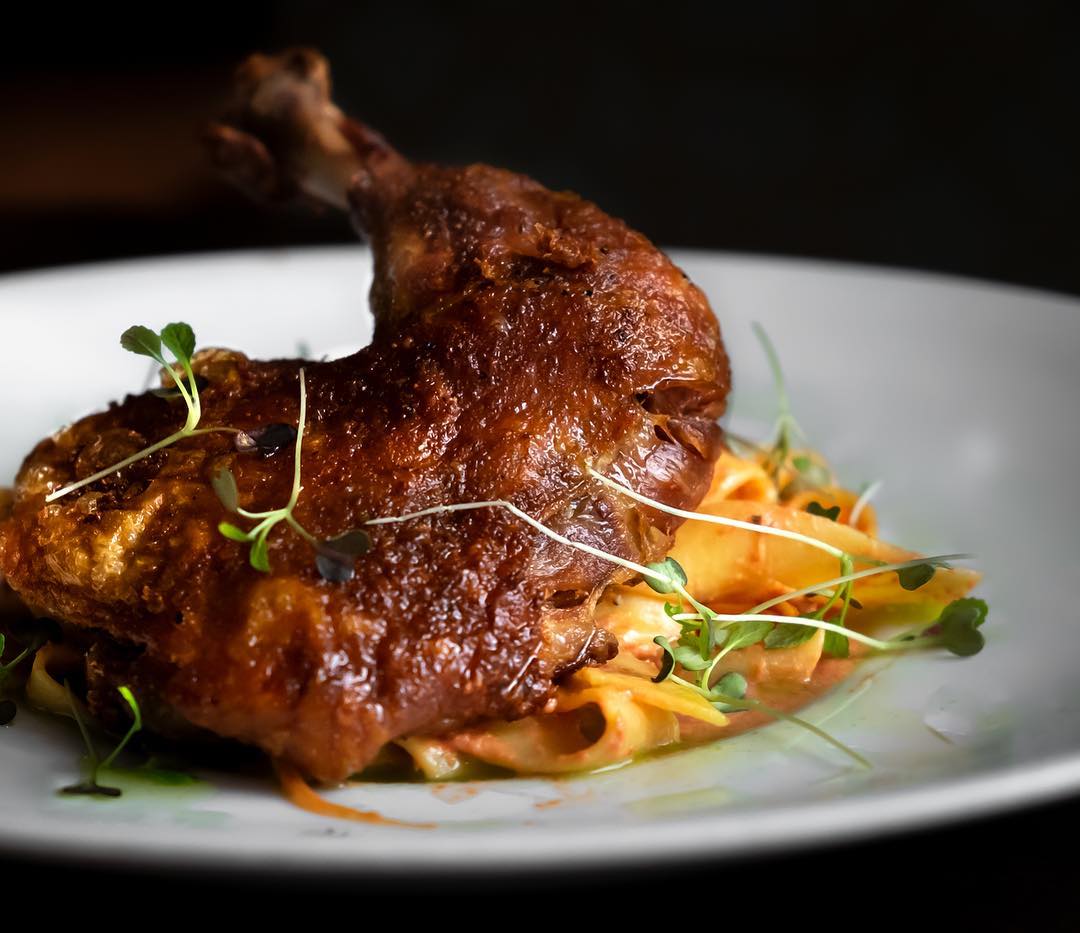 Out in Shawnee, Transport Brewery (11113 Johnson Drive) is hosting a Leap Year party. In honor of the day that occurs only once every four years, the brewery is releasing four new beers, each featuring rare ingredients. These beers, so we’re told, will only be available every four years. Selections include Citrine Dreams: Hazy International Style IPA; 14 Carrot Gold (carrot, orange and pineapple ale), the Black Pearl (Moroccan vanilla porter), and 4 Leaping Monks (a spiced Belgian with cardamom, ginger, cinnamon and coriander). 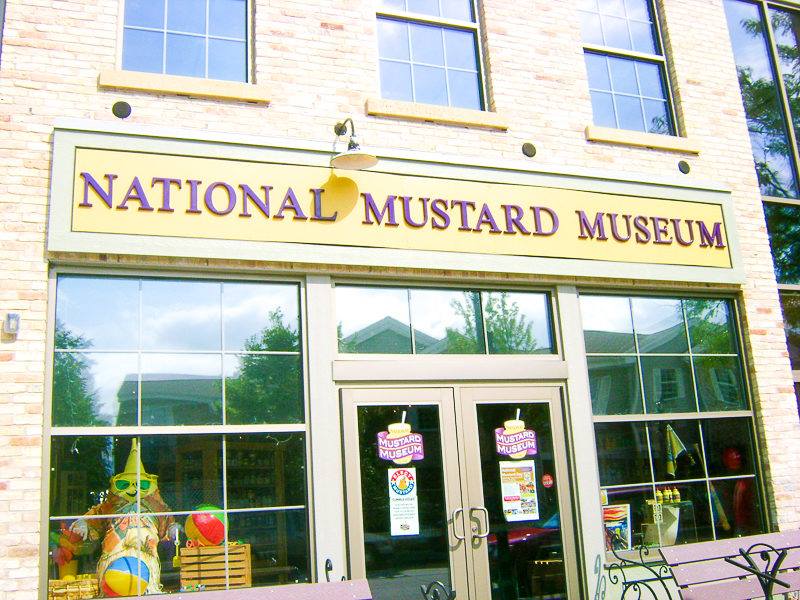 And because why not mention a lovely institution once again, we should note that today is the beginning of March Mustard Madness at Free State Brewing Company in Lawrence (636 Massachusetts Street). All month long, visitors can sample from dozens of varieties of the humble condiment with any order. The restaurant brings in 65+ unique varieties of the stuff, sourced from the National Mustard Museum in Wisconsin (well, where else would it be?). At the end of the month, it draws winners to take home their own 100-bottle lifetime supply. I won this wonderful and strange drawing in 2014, and I still have unopened mustard in my cupboard. Still, a highly worthy event and contest, this.