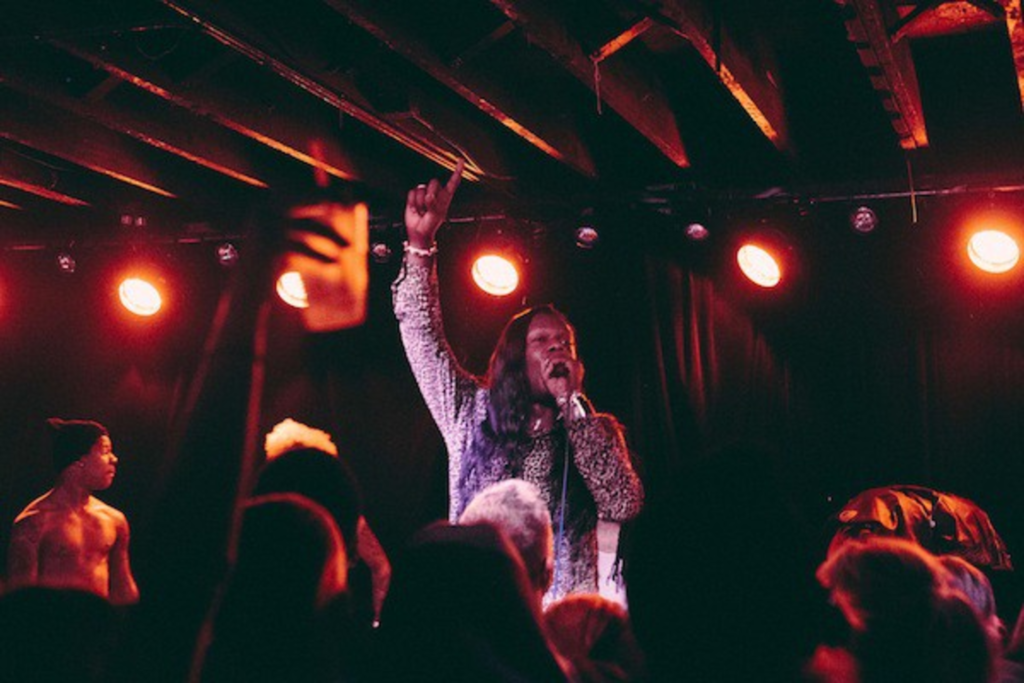 For the full slideshow from last night, click here.

When preparing to enter the truly unique world that is a Big Freedia concert, one must be prepared, primarily, for one thing: Ass. Lots and lots of ass.

For that is what the Queen of Bounce delivered last night at the Riot Room, in abundance. With an army of professional booty shakers – male and female – from his hometown of New Orleans, Freedia gave the reasonably sized Monday-night crowd something to sweat for.

The Riot Room was filled with an inordinate amount of beautiful people, many dressed in a delightfully scandalous manner and all of them clamoring to get closer to the stage. Viewing all the twerk action going down on the stage was a little difficult – Freedia and crew would have benefited from some risers or something – but the twerkers in the crowd gave a nice sideshow, too. 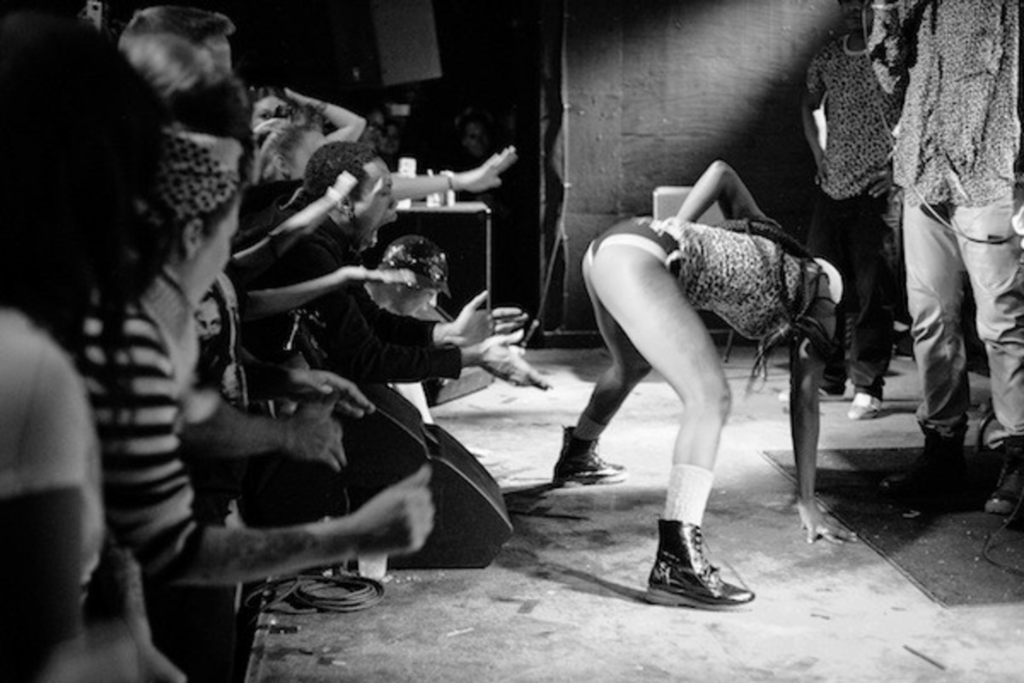 A friend of mine said at the end of the set: “Well, that was a lot of fun, but not really my kind of thing.” She explained that she found the beats repetitive. While the performance from Freedia was far from stale, the music itself, without Freedia, wouldn’t hold much appeal. I wondered if that was a common thought that divided Freedia fans who were, perhaps, not well-versed in the ways of bounce music.

Bounce – and, more specifically, “sissy bounce,” which is the subgenre that Big Freedia has spotlighted – is a traditional New Orleans style of music with hip-hop roots. The trademarks of bounce are a heavy bass line and call-and-response lyrics – lyrics to songs like “Pussy Pop,” which garnered not only enthusiastic screams from the crowd but also heartfelt chants of “Pussy, pussy, pussy!”

Bounce music is, at its core, about dance. The beats are aggressive, the lyrics repetitive. Big Freedia’s goal is not to give a varied live performance but an energetic one. His goal is to get everyone moving, and that was certainly accomplished last night.

“Imma do me all night,” announced Freedia before launching into “Excuse.” Freedia, dressed in bright-orange industrial-looking leather pants, a leopard-print button-up blouse, black kicks and a long, flowing weave, was the very definition of attitude. 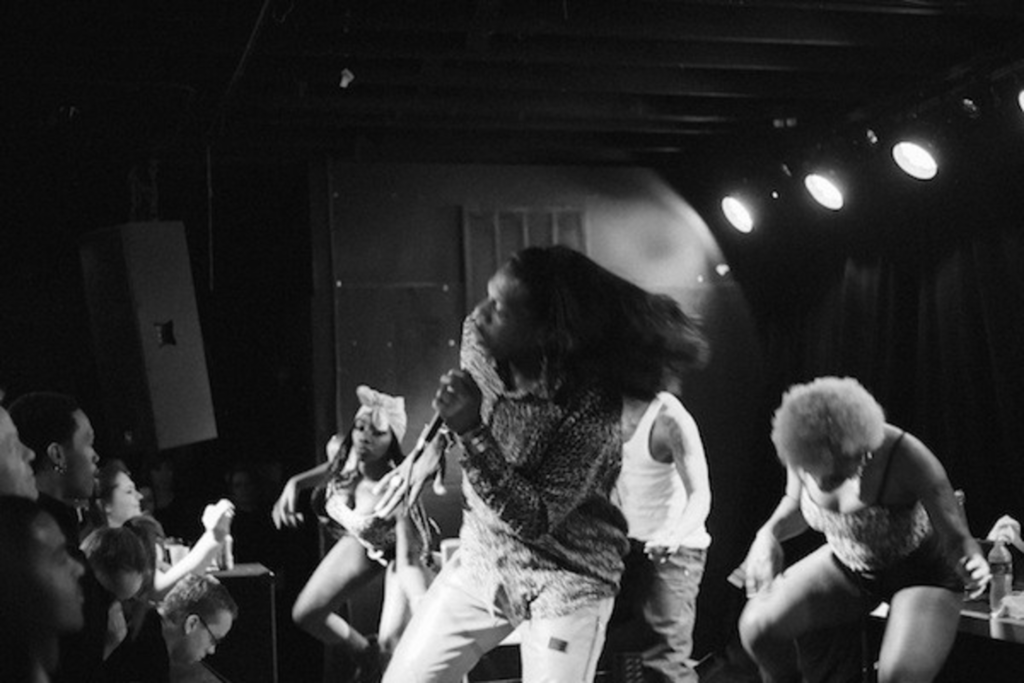 What Freedia does is nothing short of fierce. Thanks in part to a reality-TV show on Fuse (the eponymously titled Big Freedia: Queen of Bounce) and in part to his own sheer force of personality, Freedia – born Freddie Ross – finds himself synonymous with the Bounce movement. (Well, better him than Miley – who, according to Freedia, only “attempted to twerk” at the VMAs.) And, yes, last night, with asses bouncing and thighs shaking and full-body twerking, Freedia proved that the throne is definitely all his.

The set lasted around an hour, and Freedia, drenched in sweat, obviously exhausted, weaved through the crowd and down to the green room afterward, while his dancers continued shaking for an enraptured crowd that was quickly dissolving in favor of cigarette breaks.