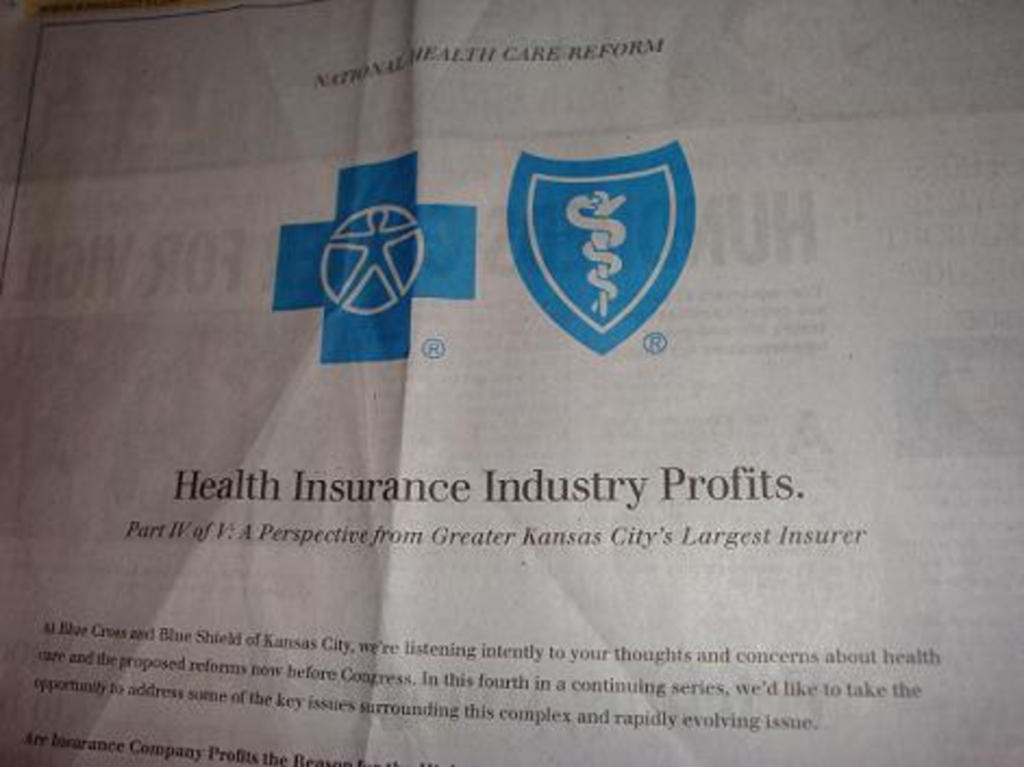 Blue Cross and Blue Shield of Kansas City has been running full-page ads all week in The Kansas City Star, explaining its positions in the debate about health-care reform.

“At Blue Cross and Blue Shield of Kansas City, we’re listening intently to your thoughts and concerns about health care and the proposed reforms now before Congress,” the ads begin. “We’d like to take the opportunity to address some of the key issues surrounding this complex and rapidly evolving issue.”

Mostly, the ads — like the survey of local doctors Blue Cross also released this week — reveal how much Blue Cross is invested in maintaining the status quo and looking like a good corporate citizen in the midst of heightened attacks on the insurance industry.

On Monday, the ads proclaimed that Blue Cross supports coverage for all Americans, along with “most insurance reform measures under consideration by Congress.” Most but not all reforms. On Tuesday, in discussing reforms in somewhat more detail, Blue Cross said “We oppose the Public Option as unnecessary.” This morning, it devoted a full page to arguing against the Public Option — but only raised questions instead of offering reasons for that opposition.

That may be true, but it only took one phone call to find someone who fell outside the 85 percent of applicants that Blue Cross says it accepts.