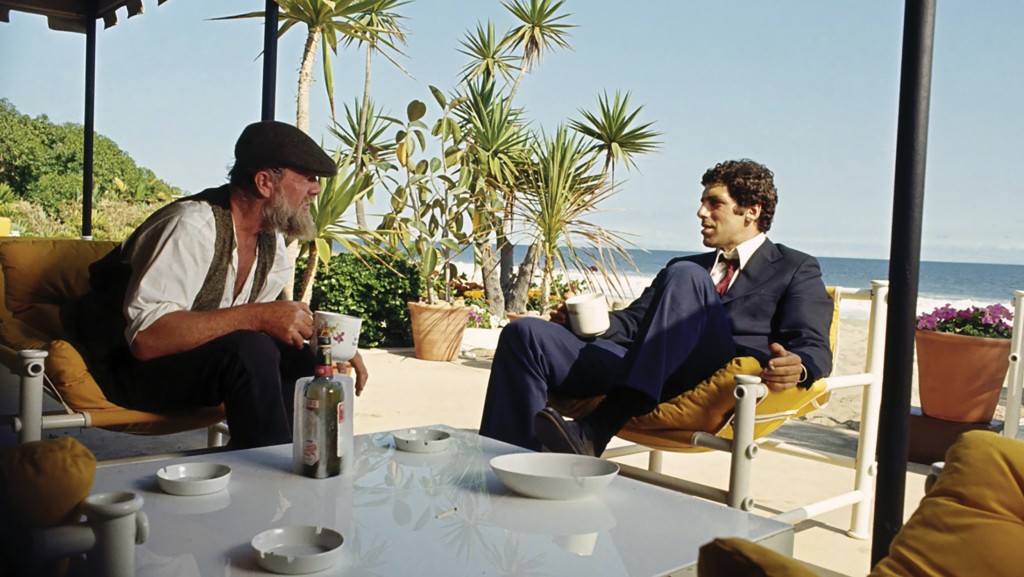 Milestone birthdays are a time both for looking back and looking forward: recognizing legacy, checking out where we are now, and thinking about what that means for our future. We’ve spent a lot of time in The Pitch talking about the promising future of Kansas City’s film scene (Sav Rodgers, Jill Gevargizian, Jacob and Ben Burghart, we see you!). As our state hits its 200th birthday, however, we thought it would be a good opportunity to expand our gaze and check out the present and past of Missouri filmmaking.

A cursory search reveals some surprising regionally-based origin stories for names you might recognize, as well as a few cool tidbits about the locally-established artists you already know. Here are a few greats you can check out to celebrate the Missouri bicentennial through the magic of cinema.

You can’t have a write-up of Missouri filmmakers without addressing a couple of major figures. One is Walt Disney. The other is Robert Altman. Our very own titan of cinema was born and raised in Kansas City, Missouri, where he graduated from Rockhurst High School. Altman paid homage to his roots with his 1996 film Kansas City, set during the Tom Pendergast, gin-and-jazz-soaked era of the mid-1930s. The J. Reiger & Co. distillery’s The Hey! Hey! Club is named for the club in Altman’s film, itself a play on the real-life Hey-Hay Club, which dominated KC’s vibrant jazz scene from 1931-1938.

Regional history purists could start their Altman journey with Kansas City, but his prolific output covers a variety of genres. Want to stick with the noir vibe? Check out The Long Goodbye. Into film industry satire? The Player is where it’s at. If you need (ostensibly) a family film, there’s 1980’s Popeye, and fans of the New Hollywood movement of the ‘60s and ‘70s have an all-you-can-eat buffet to choose from with M*A*S*H, Nashville, McCabe & Mrs. Miller, and many others.

Hell, if none of this floats your boat but you’re really into public radio, you can watch Altman’s final film before his death in 2006: A Prairie Home Companion. Truly, he’s got something for just about everyone.

Perhaps the Kansas City Art Institute’s most famous graduate, entertainment monopoly creator Walt Disney spent his early life going back and forth between KC and Chicago. Disney was a paperboy for The Kansas City Star as a kid, and as an adult, returned in 1919 to start off his career in cartooning and commercial illustration before eventually becoming… well, you know. Fun fact: Disney had an office near the campus of UMKC in 1936, and created the very first design for the university’s mascot, Kacey Roo.

If you want to get into Disney’s work as an animator, you can check out a laundry list of early cartoons on Disney+, including Steamboat Willie, The Barnyard Concert, and more. I could tell you about the number of films he produced, but something tells me I won’t have to. 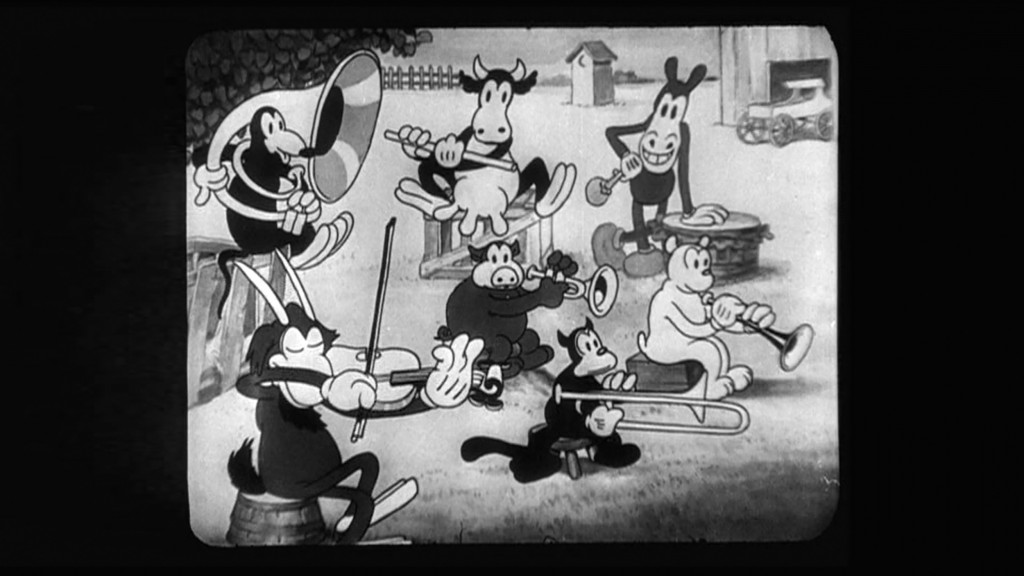 Speaking of KCAI, here’s a wild fact you may not have known: Before moving to San Diego at age 13, New Hollywood icon and childhood KC resident Dennis Hopper took classes there. One has to imagine that early tutelage served Hopper well when he became a filmmaker and visual artist, in addition to one of the most interesting actors of his generation.

Hopper’s first film, Easy Rider, is, of course, his best-known. If you’re looking for a Hopper-directed movie beyond that (though, considering Easy Rider is a landmark of modern cinema, you should check that out if you haven’t already), there are a few additional spots in his filmmaking career to explore. But, unfortunately, they’re tough to access. The Last Movie, Hopper’s largely improvised follow-up, was panned upon its release but has since gained cult appreciation and is now available on Blu-ray. His 1988 LA gang drama, Colors, is only viewable on DVD. 1980’s Out of the Blue, which stars Days of Heaven’s Linda Manz as a teenage punk who reconnects with her ex-con trucker dad (Hopper), isn’t available in any format, despite its relatively high regard.

Short of the True/False Film Fest, Simon Barrett could well be Columbia, Missouri’s biggest homegrown cinematic success story. Barrett is an established genre hand, most notably for his screenwriting in partnership with director Adam Wingard. Barrett’s directorial debut, Seance, was part of 2021’s Panic Fest lineup, and is currently available on demand with a release on Shudder scheduled for later this year.

If you’re a horror fan, you’re likely already familiar with Barrett’s work. If not, you can start with the movie that made him (and Wingard) a haunted household name: 2011’s You’re Next. This mumblecore-adjacent home invasion horror tale follows a wealthy family gathered for their parents’ wedding anniversary, whose weekend together is violently interrupted by homicidal strangers in unsettling animal masks. Barrett and Wingard’s follow-up, 2014’s The Guest, is even better—a stylish thriller with a creepy and smoldering Dan Stevens performance at its center, as well as a breakout turn from future It Follows star Maika Monroe.

Andrew Droz Palermo is best known as a cinematographer. You can see his gorgeous, sometimes stark, naturalistic work in You’re Next, as well as David Lowery’s A Ghost Story and The Green Knight. As a director, he has two feature films under his belt: the supernatural fantasy thriller One and Two, and Rich Hill, a documentary co-directed with his cousin, Tracy Droz Tragos, which is worth checking out for lovers of cinema and regional sociology alike.

The heartbreaking Rich Hill explores the lives of three teenage boys growing up in poverty an hour southeast of Kansas City. Palermo and Tragos provide intimate portraits of their young subjects, giving them the space to talk honestly about their hopes, dreams, and fears. Palermo shoots rural landscapes with an eye for Missouri’s natural beauty even in the midst of his subjects’ personal trials. More than anything, Rich Hill is a loving film that cares deeply about the people it profiles, and the difficulty of the lives they live.

Look, we may not have had John Huston for very long (he spent most of his early life shuttling between boarding schools and he renounced his American citizenship in 1964), but dammit, we’re gonna claim him. The legendary director of The Maltese Falcon, Key Largo, and other classic films may have legally become an Irish citizen at age 58, but he’s a Missourian by birth.

There’s really not a wrong place to start with Huston’s filmography. If watching Jungle Cruise leaves you jonesing for more boat-based adventures, you can watch The African Queen. War movie nuts can check out The Red Badge of Courage or the documentary Let There Be Light. The Treasure of the Sierra Madre, however, may be of particular interest to area film fans, as it’s a very clear influence on Spike Lee and Kevin Willmott’s Da 5 Bloods. 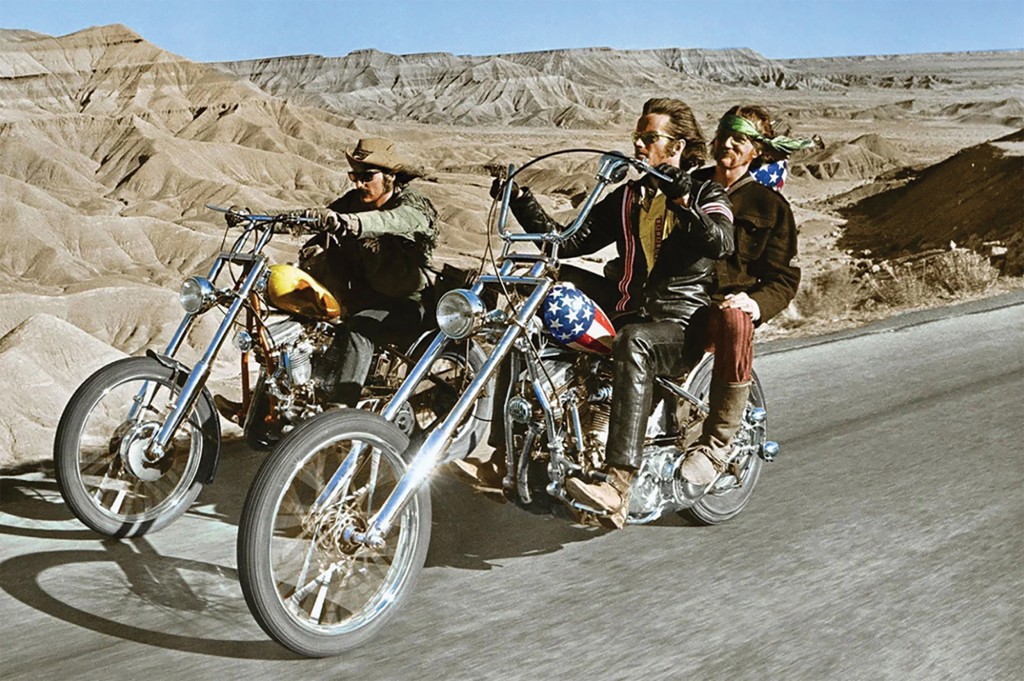 St. Louis has given us many things. The arch. Gooey butter cake. Provel cheese. But did you know that it also gave us several great directors? It did! One such luminary: one-time low-budget Troma Entertainment protégé and current big-budget superhero auteur James Gunn.

The easy entry point for Gunn would be his Guardians of the Galaxy movies, or, when it releases soon, his gonzo-looking The Suicide Squad. However, if you want an earlier taste of Gunn’s often funny and sometimes nasty proclivities, Slither, his Tremors-esque 2006 horror-comedy, and Super, his bluntly violent superhero parody, are excellent places to start. For an even deeper dive, check out his screenwriting work, starting with his schlocky Tromeo and Juliet, and continuing through his treatment of Dawn of the Dead for Zack Snyder.

Actor and director Kasi Lemmons is another St. Louis native, though, like John Huston, her time in Missouri was brief. After moving to Massachusetts, she spent most of her early years in and around Boston. Still, she lived in St. Louis until she was eight, and that’s good enough for us.

Lemmons started in front of the camera, putting in memorable performances in movies like The Silence of the Lambs and Candyman. In 1997, she wrote and directed Eve’s Bayou, still to my mind one of the most impressive first films produced by anyone ever. If you still haven’t checked it out after our writeup last year… I don’t really know what else to tell you. Get on it. If you’re looking for additional Lemmons films to watch, 2007’s Talk to Me (starring KC’s own Don Cheadle as real-life talk radio personality Petey Greene) and 2019’s Harriet (about Harriet Tubman) are both readily available and worth your time.

Before going to New York to get her BFA in film and then moving on to direct several scorchingly great movies, Karyn Kusama was born and raised in St. Louis by psychiatrist parents. Could that upbringing have helped her get insight into some of the memorable characters she’s helped shepherd into being? Who’s to say, but the way she discusses the themes of her films in interviews leaves me inclined to think the answer is yes.

Kusama is beloved among genre fans for Jennifer’s Body, a feminist teen horror movie in which Megan Fox’s cheerleader title character is sacrificed to Satan by an indie rock band. Jennifer comes back possessed by a demon, with an appetite for the flesh of leering hormonal boys. 2015’s The Invitation is just as impressive, however, with a slow-burn plot that sets up a sketchy dinner party and spools it out into a tragic exploration of grief and regret. If watching F9 has you wanting more Michelle Rodriguez in your life, you can check out Girlfight, the movie that made her a star. For extra credit, watch Nicole Kidman completely disappear into the role of a troubled cop in 2018’s Destroyer.

George Hickenlooper left us at the fairly young age of 47, but he left behind several remarkable movies nonetheless. There’s really only one essential Hickenlooper movie, but it’s a doozy. Along with Eleanor Coppola and Fax Bahr, he was one of the directors of Hearts of Darkness: A Filmmaker’s Apocalypse, which chronicled the legendarily troubled production of Francis Ford Coppola’s Apocalypse Now.

Often considered required viewing for would-be film students and cineastes, Hearts of Darkness was released in 1991 and picked up an impressive collection of awards in addition to its oft-referenced cultural imprint. But don’t take it from me, take it from Community, which made an episode-long homage to Hickenlooper’s movie in its third season episode “Documentary Filmmaking: Redux.”