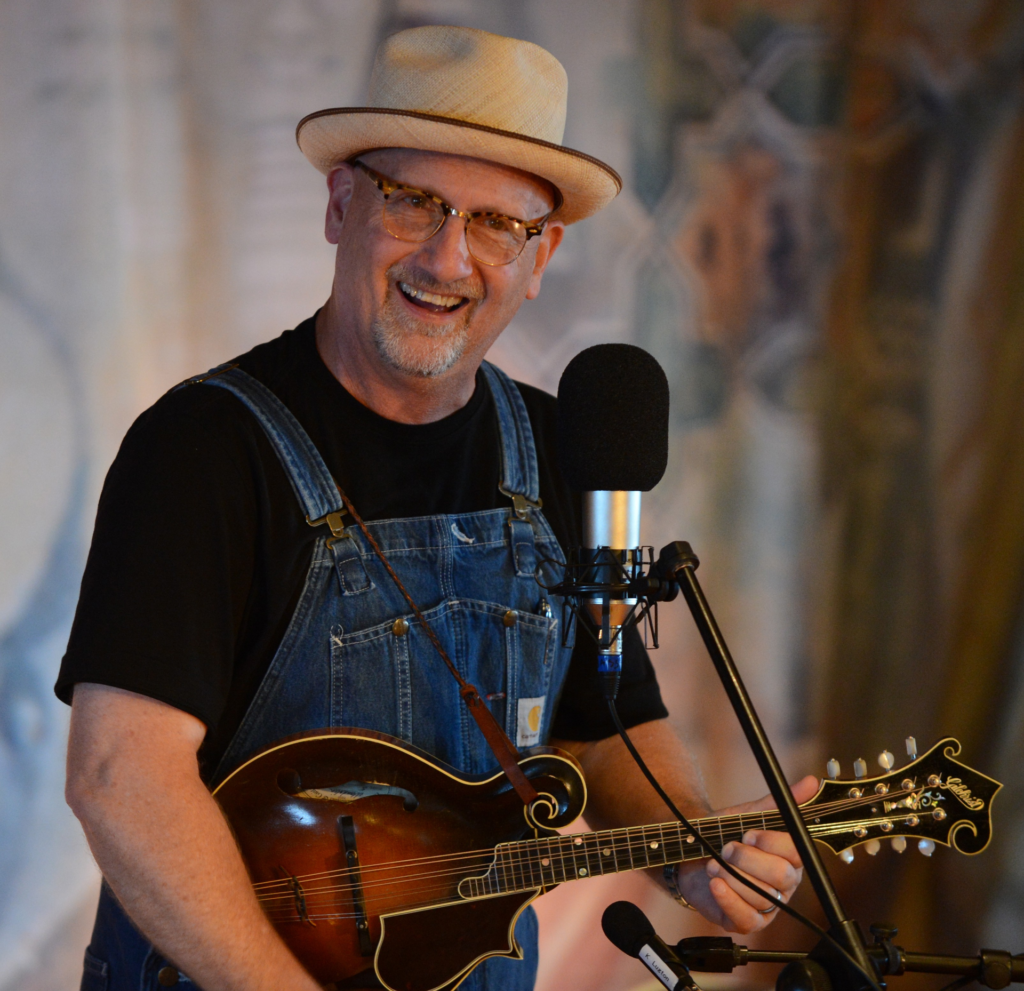 This week’s cover story about the International Folk Alliance conference features a Shop Talk section, in which The Pitch invited a few local artists to interview out-of-town conference attendees they were fond of. Local fiddle heroine Betse Ellis participated in the Shop Talk edition with an interview of Scottish fiddler Bella Hardy. But Ellis, who might be one of the busiest women at the conference – with panel discussions, organizing, and her own music sets – also took the time to dial up mandolinist Mike Compton. (Yes, she’s quite the overachiever.)

Compton is a longtime member of the Nashville Bluegrass Band. He has learned from and played with some of the most notable names in bluegrass and traditional mandolin music, including Bill Monroe, David Grier and Joe Newberry. He was also the bandmate of the late John Hartford, who made a lasting impression on Compton and his creative outlook. Today, Compton has a dedication to old-time bluegrass and country music, and specifically older styles of mandolin playing.

Ellis: You’re teaching at the FAI Winter Camp. What kinds of things do you have planned?

Compton: I’m doing a master class… . I believe that one is set as a question-and-answer thing. I’m doing Monroe style. I’m also going to ramble around a little bit on some of the earlier black mandolin string band players and mainly see if I can get people to play along. I guess if they don’t, I’ll stand up there and make a racket.

The intent is to get some people there who will play sheet music and pretty good renditions of things that come straight off the recordings, illustrate the grooves that they used just for singing, not so much as lead lines. There’s some other stuff that sounds like old-time guitar and rhythm accompaniment, which is the way I have been going for the solo thing I’ve been doing – which is to use that idea and not really play bluegrass chop chords at all. That’s only good if you’re playing with an ensemble.

If you’re standing up there playing by yourself, playing chop chords, there’s nothing there. That technique is built for ensemble playing. So I’ve borrowed heavily from the black mandolin players, at least in that way, and use that style… it has its own rhythm built in, as well as chords.

You’ll have a variety then. So you’ve transcribed these parts?

Yes, I’ve transcribed them and I’ll bring the sheet music.

Was your motivation to come to Folk Alliance to showcase, and then the teaching opportunity came up?

The main one was to come and do what I do, and see if I could get in some other avenues, and then the teaching gig… the offer was made for me to come do that, so I’m doing both. And [I’m also] doing a round-table panel with a number of other mandolin players.

I’m wondering – Pete Seeger passed away recently, and it’s such a huge loss for the musical world and, really, the cultural world. Did you ever meet him or spend time with him?

I never met him. The only bit of Pete Seeger that I’m familiar with was a few TV shows [Rainbow Quest] – that’s all I know about him. I wasn’t exposed to him early on. I heard a few things that he did over the years… I hung around Mike [Seeger, Pete’s half-brother, a champion for traditional music] a little bit. I really enjoyed his company, I found him to be a real entertaining man. I got a lot of valuable information, and he was pleasant to be around.

John Hartford told me, a long time ago, he said, “You have to be true to yourself and play the music the way you like for it to be played, he said, ’cause otherwise you’ll be wasting your time. Heaven forbid you go out on stage and you play music that you don’t really believe in, and it becomes wildly successful, ’cause then you have to go out every day of your life and do something you didn’t believe in. Rather, to go out and play music you believe in, that plays on your heartstrings, and you won’t be wasting your time. You’ll be doing something you’re committed to, and if it becomes popular, you know, good for you.”

[page]Thanks for sharing that. I was going to ask you something about John [Hartford]. I’m sure you still miss him.

And I wondered about things that you carry with you… a million stories, or ways of thinking, or ways of being with yourself and the music, and what you just shared with me is pretty palpable.

I probably appreciated him more after he had been dead a few months… I was out cutting grass one day and it dawned on me just how brave he had been. He didn’t try to be like anyone else. He really dug, he micro-analyzed everything and really dug hard all the time, forcing the music to give him ideas, just finding stuff, and it dawned on me just how far he’d stuck his neck out and was willing to have it chopped off.

He tried things that absolutely didn’t work – a new idea, he’d put it in the show, a joke or a song, some kind of little routine, and if it didn’t work a few times, he would just abandon it and we’d never see it again. He was always dragging things in to see what people liked.

That’s kind of the way I’ve been working it, not being a phony. It should be easier to relax and just stand up there doing it. It may bore some people, but Tim O’Brien said, “There’s so many people on the planet, there’s got to be a lot of people who like the same music that you like, so just go out and play to them.”

Do you think that the folk music community is more open to all different ways of expressing, or is it a random thing with finding your right audience?

Oh, I don’t know. Especially now, all the different medias, all the ways of staying in touch, I don’t think it’s random, not nearly as much as it used to be, or maybe it wasn’t random then… It’s a great big community. It’s really easy to find things anymore. It’s easy to find what you like and what you don’t like. Although there are forms of music that I truly dislike, for the most part I don’t look at most of it as being good or bad, but I don’t understand what a lot of the younger folks are saying – I think that’s a generation thing, it’s not that they don’t play well. There are amazing technicians, in the young scene – it’s just I don’t understand what they are trying to say. I have a sneaking suspicion it’s about what all the rest of us are trying to say. 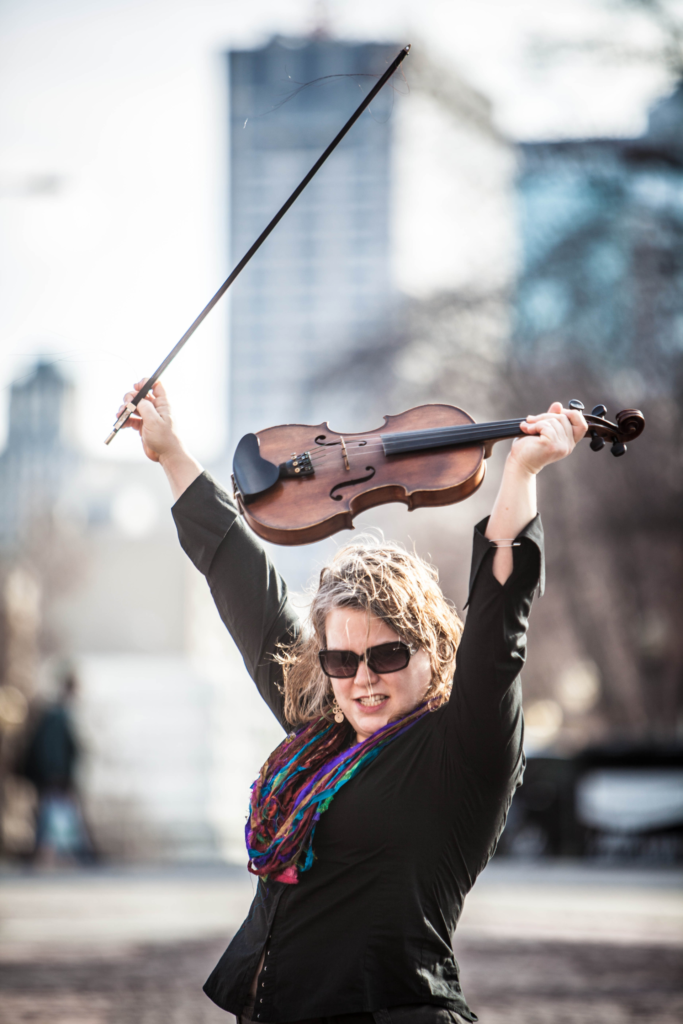 Are there any younger acts that stand out to you?

I am so completely preoccupied with the projects that I have laid out for myself, that I don’t often listen to people that aren’t dead… And most of the music that I’m working on has got to do with people who are no longer with us – with notations, or getting things together to put out a book, other album projects.

I’m working on getting some tunes from Narmour and Smith, mandolin versions of a bunch of that stuff, doing a Monroe transcription book and doing some of my own tunes… Most of that leans me towards the older forms. That’s not to say that some of the young groups I’ve heard, I don’t like. I do like them… I’m pretty much hopelessly preoccupied with what I need to do, so I don’t listen to as much different music as maybe some other people do.

What drives you artistically?

Right now, my purpose is to make sure that some of the musical forms that I love – bluegrass and old-time country music – to make sure that I have accurate representations of the music I love, so it’s preserved. I’m not a preservationist, strictly, but I’d have to say that that’s part of it. Country mandolin styles – whether it be country blues or straight old-time country or traditional bluegrass mandolin styles – I’m concentrating pretty heavily on that right now. And I’m gonna say I hope that I represent it well enough so that younger generations, people of all ages who haven’t been exposed to it, understand that it is very vibrant and valid. Even though it’s way out of style, it’s a way of representing validation. Just because it’s out of style doesn’t mean that it’s no good.