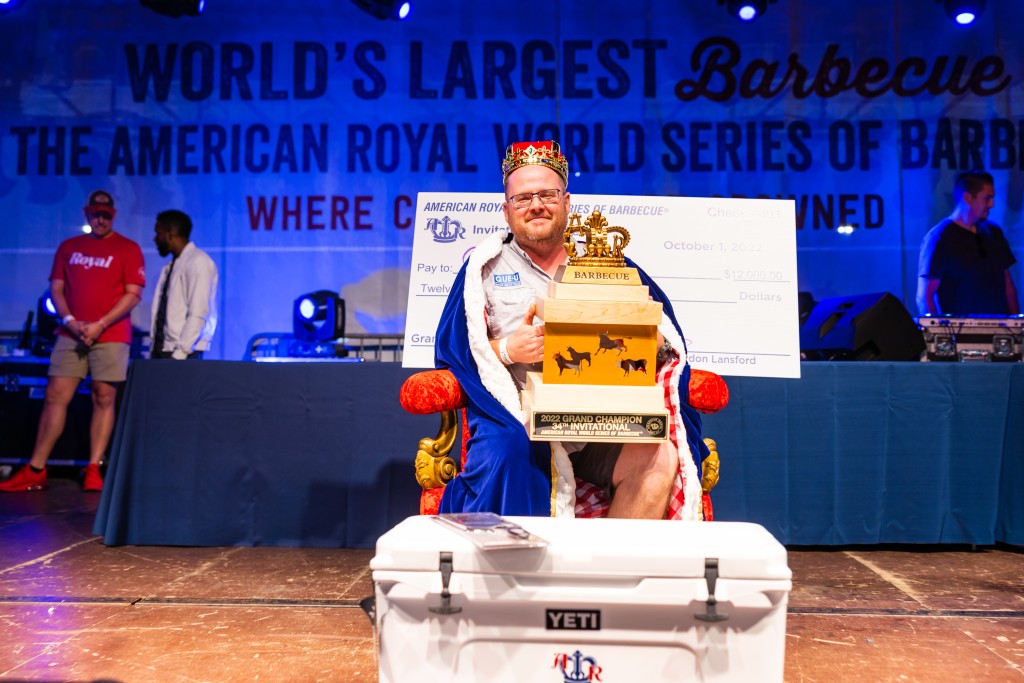 Competitive BBQ is not something we take to lightly here in the City of Fountains. With an intricate scoring and judging system, several age and skill divisions, and point-based team rankings, the local scene draws competitors from home and abroad for events such as the American Royal World Series of Barbecue—the largest competition of its kind.

This year’s American Royal ran from Sept. 28 through Oct. 2, hosting 249 teams in its top-level Invitational Competition and more than 500 in total at the Kansas Speedway.

The team Que U, from Gurnee, Illinois, took the steaks and raised them, earning the title with a score of 711.9656 over a rather distant runner-up, Bushmaster BBQ (706.2628). Que U’s entry also took home the gold in the Open Competition—a historic feat in the world of barbecue.

Our city even went so far as to host the high-steaks Made For KC BBQ Championship June 11-12, offering a one-year licensing opportunity for the grand champion to include their recipes on the menu of an upcoming 8000-square-foot “Competition BBQ-themed” restaurant in the new Kansas City International Airport starting in March 2023.

A comprehensive list of upcoming competitions can be found at the Kansas City Barbeque Society website: https://www.kcbs.us/

Dish & Drink KC: A sip of the season at Second Best Coffee, sammies at M&M’s, Mediterranean fare at Paros Leawood