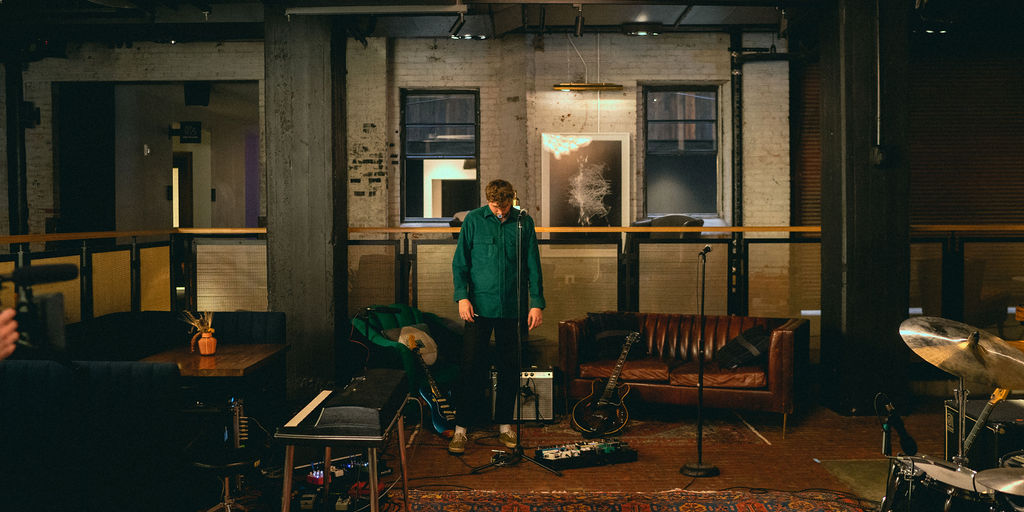 Noah Spencer at The Crossroads Hotel during his live recorded performance of “Wednesday.” // Photo by Kian Pritchett

Noah Spencer is a singer, multi-instrumentalist, songwriter, producer, and the next name you need to know in music.

Spencer joined The Greeting Committee in 2018 as their live band member—playing guitar, bass, keys, and vocals during their tours. Even on TGC’s tour, it was clear Spencer had incredible potential. On the 2019 leg of the band’s tour, he began working on solo music.

That work resulted in two singles released this year: “Wednesday,” featuring Addie Sartino of TGC, and “Over My Head.” We covered “Wednesday” earlier this year, when Spencer released a live video of the single recorded at Crossroads Hotel, and have been listening to it ever since. Spencer gives listeners time to breathe as his instrumentals and vocals transport you to a world of his creation.

His debut album, Census, premieres Nov. 19. We’ll be listening, and so should you.