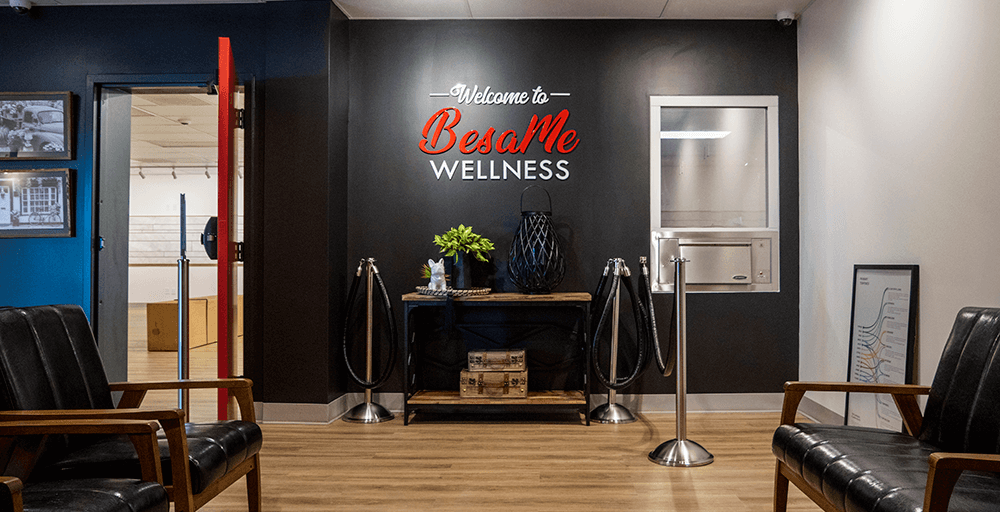 If there is a Santa Claus of Cannabis somewhere out there in Kansas City, he is either a secretive bong-wielding vigilante of the night or a straight-shooter who simply hasn’t yet made the trek to Missouri for a plethora of fairly obvious legal reasons.

In the meantime, professionals like Aaron Turvey, BesaMe Wellness’ Director of Transportation, are filling in the gaps for the 100,000-plus people on the state’s ‘Good List’ of card-holding medicinal cannabis users.

Turvey, along with a team of three staff drivers, has been constantly expanding BesaMe’s medical marijuana delivery service since it officially began operating in June.

“I just passed my one year mark. So I’ve been here since day one, from ground zero. I worked on the inventory, fulfillment ordering side, and all of the state tracking compliance systems. Finally seeing it come to fruition over the last, say, four to five weeks, has been exciting,” Turvey says.

When BesaMe decided to expand into the evolving delivery market early on in 2021, Turvey’s experience in these interrelated areas of the trade made him a surefire choice to take the lead on transportation.

Between state regulations, the lingering stigma from the “War on Drugs” era, and streamlining the legal process for drivers, producers, and customers alike, Turvey has been kept busy this fall.

His efforts have been validated as of late by a late-November surge that he expects to continue over the holiday season.

“We had a lot of orders for edibles and concentrates pens, because there were many discreet people who were still a little nervous about surviving the holiday.”

One significant portion of BesaMe’s delivery-only customer base is (often) older individuals who may still be nervous to out themselves publicly as marijuana consumers. But for every one of those cases, there are also those who literally cannot leave their bed or home for legitimate medical purposes.

“We did have an inkling that there was going to be people who couldn’t get out of the house for whatever reason, whether it be a guy with two broken legs he’s been recovering from for like six weeks, or elderly people who, for whichever reason, are physically unable to leave the house,” Turvey says. 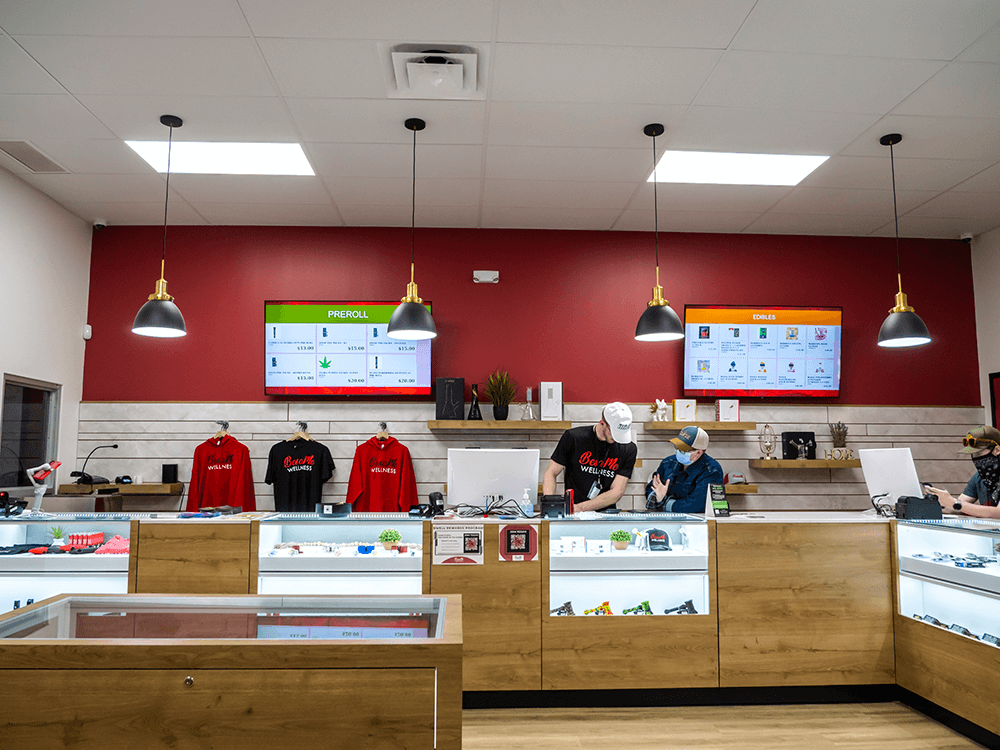 For the time being, Turvey’s team is staying centralized in North Kansas City—one of BesaMe’s current network of nine dispensaries in the area. Even with that restriction, their delivery area continues to expand and will continue to do so for the foreseeable future.

“I’ve tried to keep very simple and just run all of the delivery from one location even though we deliver all the way out to Warrensburg. Right now, we will go all the way up to Kearney, all the way up to the river. We haven’t met a point where I can’t meet the need yet. So we’ll just keep expanding until we see really where people want it,” Turvey says.

As the situation becomes more and more routine and the delivery area boundaries meet BesaMe’s operational capacity, Turvey will be able to implement some more ambitious plans for the future of KC medical cannabis delivery.

“In the next six months, you will still start seeing us deliver out of other locations, you’ll start to see them go beyond our current expanded delivery zone,” Turvey says.

“Customers will be able to pick a store because we don’t have the same inventory at each store. So some people who want to hunt down a particular brand can find where it is and order delivery from that location.”

It’s not exactly at DoorDash levels yet, but that concept isn’t far from the point where Turvey sees the market reaching over the next several years.

“It turns out people really like weed, and some products sell themselves,” he says.

With votes on the 2022 ballot to legalize recreational marijuana use for Missouri citizens, the current market is just a small fraction of what seems to be an inevitable recreational surge after the red tape is cut.

“I don’t think it’s a question—it’s going to happen. And when it does, I’d guess that recreational legalization conservatively triples, within a month, all revenue,” Turvey says. “It’s going to be that drastic, and it’s going to be that quick. Even though medicinal is already very large, I almost still view this as a bit of a test run as we really prepare for the big dance.”

Until those decisions are finalized in the state legislature, though, it’s important to understand the positive benefits that medical cannabis has already had on people suffering from a wide variety of medical problems.

Turvey outlined a few such cases he has personally seen in his time with BesaMe. One of those, which occurred last summer, came from a customer of Turvey’s who claimed to have dropped 50% of their opioid intake in favor of the Evil Weed.

“I like my job for a lot of reasons—and, of course, cannabis is a big part of it. But I’m the happiest knowing that this isn’t just a delivery service to extend a commercial industry. It’s providing actual therapeutic relief to patients,” Turvey says.

Click here to apply for a Missouri medical marijuana card. Existing cardholding patients can place an order with BesaMe Wellness through their online shop.