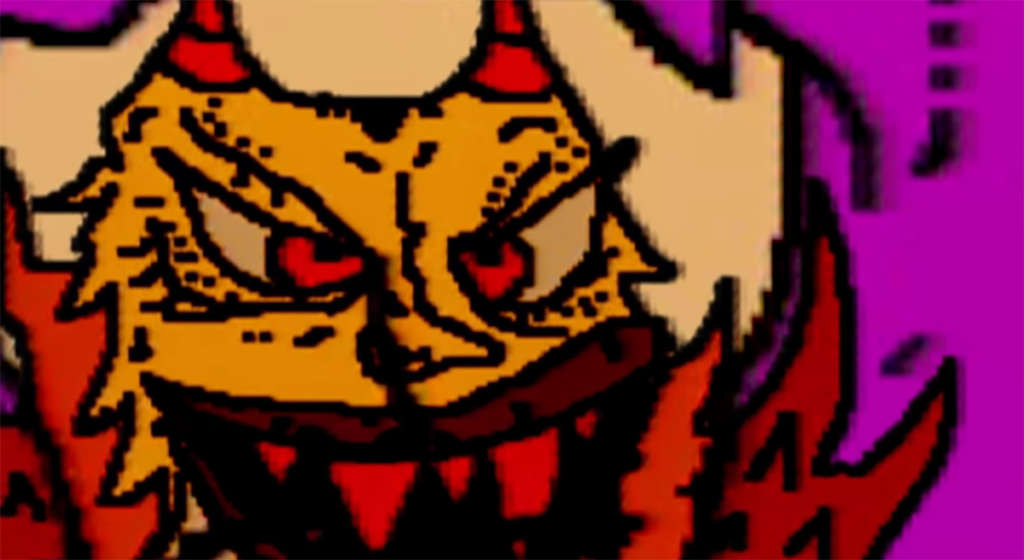 There are more videos this month than we’ve ever featured in Cine Local. Whatever your tastes, you’re likely to find something to sate it among this cavalcade — be it Kartez Marcel and Rory Fresco’s hip-hop, the pop of Berwanger and Hembree, Katy Guillen & the Girls’ blues, or the glam punk of Wick and the Tricks. And that’s just for starters.

Kartez Marcel’s latest single is a laid-back cruising jam, and the video, by Cole DeRuse, mirrors it exactly. Marcel’s riding through the neighborhood on his cruiser, and it’s chill as hell. Keep an eye out for a great backward-riding bit that recalls the Pharcyde’s “Drop,” as well as some sweet kaleidoscopic visuals.

An excellent lyric video from the new power-pop-punk group with members of the Architects, Berwanger and the Get Up Kids. It’s animated by the band’s Josh Berwanger, and we’ll see more of his work a little later on. Radar State’s debut 7-inch is out now.

Hembree, “Had It All” (Live from Chapman Studios)

A live version of the title track to Hembree’s new EP, recorded live at Chapman Studios. The audio was mixed by the band’s frontman, Isaac Flynn, and it’s a slightly more uptempo version of an already-vibrant track. The work by Flynn, Jono Bowles and Stephen Shireman make for a pretty energetic in-studio video.

Kinda punky, kinda funky, kinda folky and a whole lot country, this latest track from Joseph Warren & the Wanderlust Revival should grab the ears of anyone who enjoys the likes of locals like the Grisly Hand or the early work of Florida’s Fake Problems. Plus, the video’s a jumping barn dance; I want to go party with these folks.

Tidecruz, “This Is How It Feels”

If you listen really closely to Tidecruz’s new single, “This Is How It Feels,” you can hear a train whistle blowing in the background, and it makes this already sparse track sound absolutely lonely. Props to the subtitles, too, which lend the video a sense of something you might find in the oddest upper reaches of your cable channels.

Berwanger’s latest single from The Star Invaders was created entirely using the Super Nintendo’s Mario Paint. As the band’s eponymous frontman writes: “If you look around any area you are in, I feel you can come up with a creative idea. For ‘Horror Show,’ they just had released the SNES mini and I thought about the game Mario Paint. Tracked down the special SNES mouse on eBay and began. I made the first scene and it took about an hour. When I put it into Premiere, it was 5 seconds of the video. So … it took a long time to make (For lack of mental stress I stopped paying attention somewhere around over 30 hours) — but, again, the budget was $15.”

Compiled from a selection of intriguing visuals, including the documentary The Deadly Crossing, a funeral procession in Collonia Allende, and footage of OneofYou, the Kansas City hard-rock band’s debut single from La Frontera gets a video as sinister-looking as it sounds. Transdimensional Films has crafted something that will get under your skin.

Wick and the Tricks, “Tough as Nails”

The cult-film enthusiasts of the Cannonball Roarers take everything they’ve gleaned from their monthly film screenings and turn it into music-video gold. Glam punks Wick and the Tricks have always been a band as visual as they were musical, and this track from their new 7-inch gets a video that fits its title.

Come Up Season, “What My Niggas Did”

The first video from Kansas City’s Come Up Season hip-hop collective features Dwalk, NBG Welch, Lyndale and Vonnie. While I’m usually loath to read the comments anywhere online, especially YouTube, the declaration of this cut as a “slapper” is as concise and accurate a description as anyone’s going to come up with. A debut EP is on the way, and if this 1Bounce-produced track is anything, it’s definitely a statement that this crew is something to watch out for.

From Ogechi’s debut EP, Intersectional Blvckness, “Blvck + Womvn (Body Pg. 1),” is a statement. Dancer Kynnedi Jai moves powerfully while being ignored by a crowd, all of whom are interested in their own stuff. As the artist states in the notes for the video, “We hear of blvck womvn crying and dying on the tables Solange took a seat at. The track powerfully but simply delves into the intersecting oppressions blvck womvn must face and survive through daily.”

How many tracks and videos can one man make? It seems like there’d be something wrong if we didn’t have a Rory Fresco video to feature in Cine Local each month. The Logan Meis-shot video for “Delusional” features fire and red storm clouds, while Fresco sports an AC/DC Highway to Hell hoodie. It’s dark, but it bumps like SahBabii’s “King of the Jungle.”

Filmed and edited by Khitam Jabr, the video for the first single off KG & the Girls’ new album, Remember What You Knew Before, is a straightforward presentation of the trio’s recording process. The new album is definitely more bluesy than rock-centered, but the lean toward acoustic touches doesn’t hurt the band’s power at all. If anything, there’s a certain joy that comes through in the music, more than ever before, and the video accentuates that feeling.

Hyperbor, “Wanderers of the Void”

From the album Mondo Violento, out this Friday on cassette, Hyperbor’s “Wanderers of the Void” is big and weird, and the video, directed by Joshua Zev Nathan, is no different. It’s as though Alejandro Jodorowsky soundtracked The Holy Mountain with doom metal instead of psychedelic folk. Watch this full-screen and crank the volume, and see which gives first: your eyes or your ears.

This past weekend, Girls Rock Lawrence held its inaugural Grown-Ass Rock Camp, allowing all the adults who’ve wanted to join in on the fun to finally get their chance to learn how to rock. Four new bands learned their instruments and wrote a song in just a weekend, and they got to debut them Sunday night at the Lawrence Creates Makerspace. This is just one example, and it’s pretty amazing stuff, especially given that Standard Deviance features Lawrence icon Jean Ann Pike, who managed the Social Service League’s thrift store for 15 years. Check out all the videos from the showcase at Ailecia Ruscin’s YouTube page.

Are you a local musician with a video you want to share? Email nicholas.spacek@gmail.com.