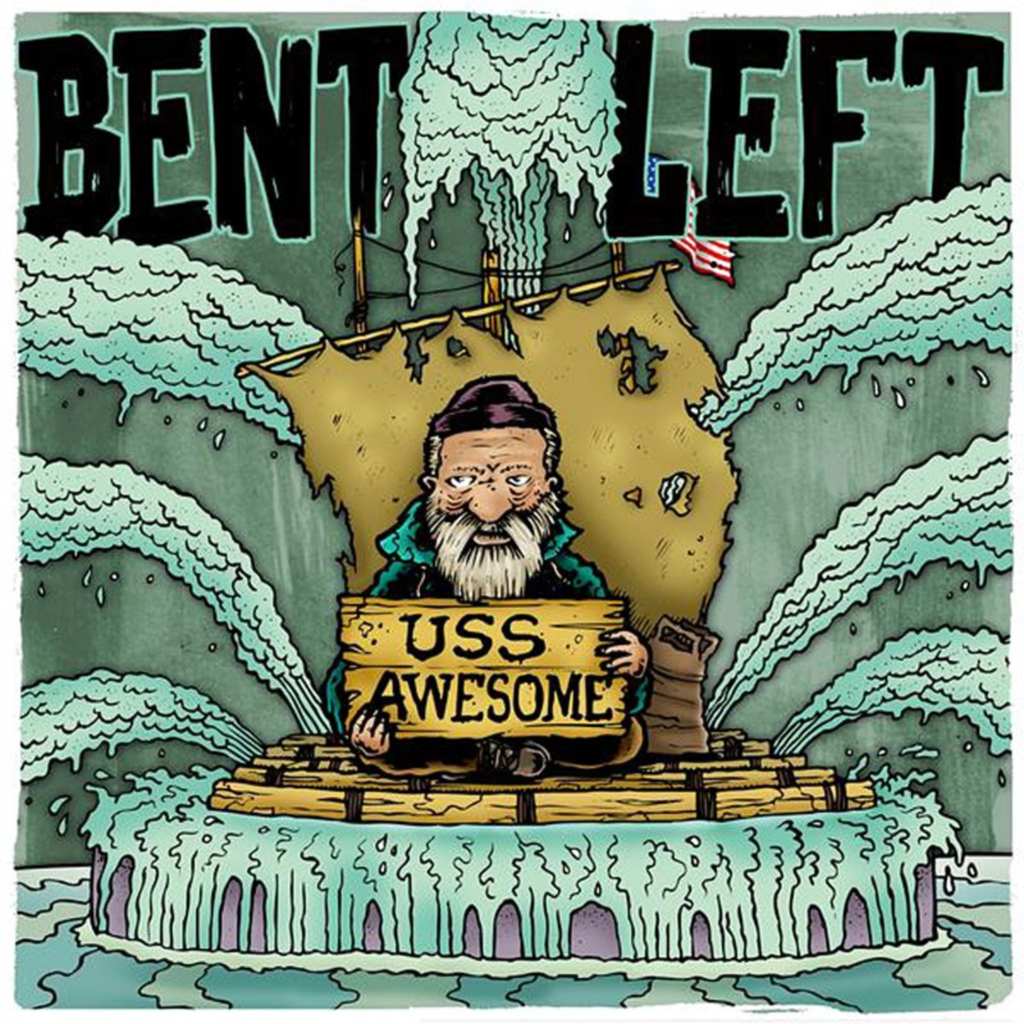 Upon first listening to Bent Left’s new EP, USS Awesome, it’s difficult to shake the perception that the band’s gruffly delivered vocals and rough, power-pop instrumentation owe a lot to Twin Cities-area punks such as Dillinger Four, Off With Their Heads, and Banner Pilot. But Bent Left sticks out from that crowd by politicizing its pop punk. Even though the song titles are reminiscent of Fall Out Boy’s tendency to work in sentences (for example, “Nothing Says Success Like a Trendy Coke Habit”), the songs themselves are about more than love and girls. The lyrics can be vague; we’re not sure what the antecedent of it is in I’m too concerned to care that it sure won’t be free, and it sure won’t be fair, but it’s trade in “Application for Federal Assistance.” But at the very least, USS Awesome is an amazingly well-recorded album. The production manages to avoid the issues that beset many local punk bands, falling prey neither to the overly polished, first-time-in-the-studio sound nor the awful recorded-in-a-basement tone to which so many others succumb.