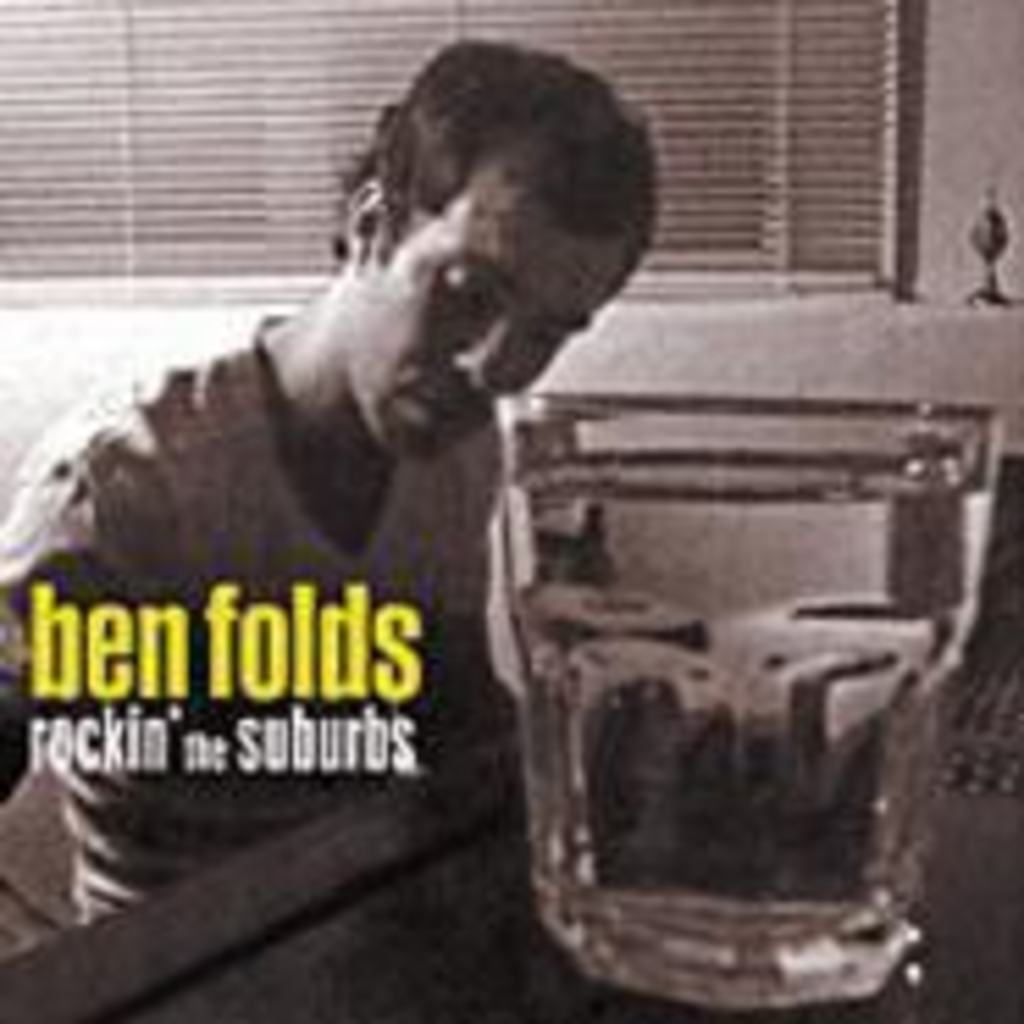 Ben Folds has a thing for character sketches. After delivering two (“Kate” and “Steven’s Last Night in Town”) on his ’97 hit album Whatever and Ever Amen, Folds seemed to outdo himself with 1999’s The Unauthorized Biography of Reinhold Messner, a full LP seemingly devoted to a single fictional psyche. But here’s Rockin’ the Suburbs, in which the song titles alone introduce us to a whopping seven of Folds’ imaginary friends: Annie, Zak, Sara, Fred, Lisa, Stan and Cathy. It’s not as if Folds is the first to employ this tactic — think of “Hey Jude” or “What’s It All About, Alfie.” But there’s a reason Paul McCartney and Hal David used this convention sparingly — who needs “Bob’s Long and Winding Road” or “Walk on by, Felecia”? An artist can use characters to gain some distance from the self-conscious first-person, but there’s no good reason to write songs about universal themes and then tack on a name from the phone book.

Of course, Folds’ names (Messner aside) are supposed to be archetypal — common names for common people whose foibles mirror our own — and as its title suggests, Rockin’ the Suburbs is more consciously pastoral than any of his previous efforts. Over the catchy piano pop that has become Folds’ trademark, “Annie Waits” describes a woman whose life is a shadowy, timid routine. With arching, balladic melodrama, “The Ascent of Stan” indicts a radical-turned-professor for his hypocrisy, while “Zak and Sara” are a pair of kids consumed by pop culture and drugs.

But Rockin’ the Suburbs isn’t just Sherwood Anderson’s Winesburg, Ohio set to pop. Like “Brick,” Folds’ big radio hit, its most moving stories offer no main character but the singer himself. He addresses “Still Fighting It” to his son — I picked you up and everything changed, he exalts; You’re so much like me; I’m sorry, he laments. An undisguised love note to his wife, “The Luckiest” is the bittersweet musing of someone deeply, romantically in love: What if I’d been born fifty years before you in a house on the street where you live/Maybe I’d be outside as you passed on your bike/Would I know? Some of the character songs are belted like numbers from a Broadway musical, but on these personal numbers, Folds’ tenor becomes breathless and sweet. Now that he’s settled in Australia with a little family, maybe Folds should give up on his Eleanor Rigbys and write from his own heart, full-time.