Beck gave a sold-out Starlight audience something to party about last night (country legend Willie Nelson was there, too) 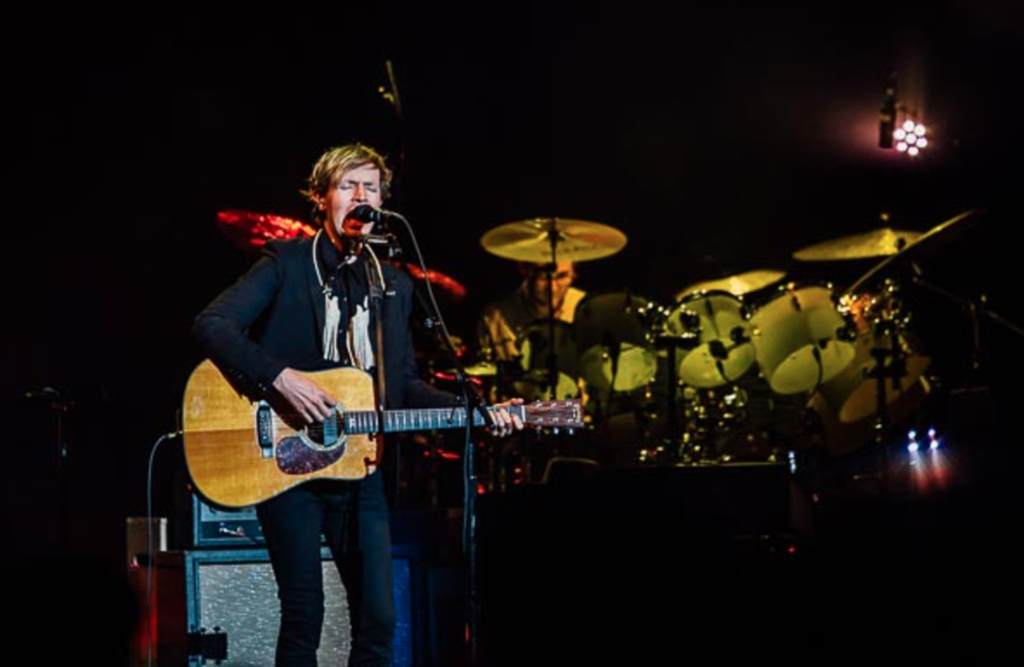 If anyone was expecting a quiet evening with Beck at Starlight last night, they were sorely disappointed. Though his Grammy Award-winning 2014 album, Morning Phase, was – for the most part – a gentle, subdued outing, his live show was anything but.

Beck warmly greeted the sold-out audience before launching into “The Golden Age” off his 2002 album, Sea Change. After offering some kind words for Willie Nelson, his co-headliner and the evening’s first set, he announced that the band would be easing into the set. But even “Blue Moon,” off Morning Phase, was given a more lively, electric treatment than on record. 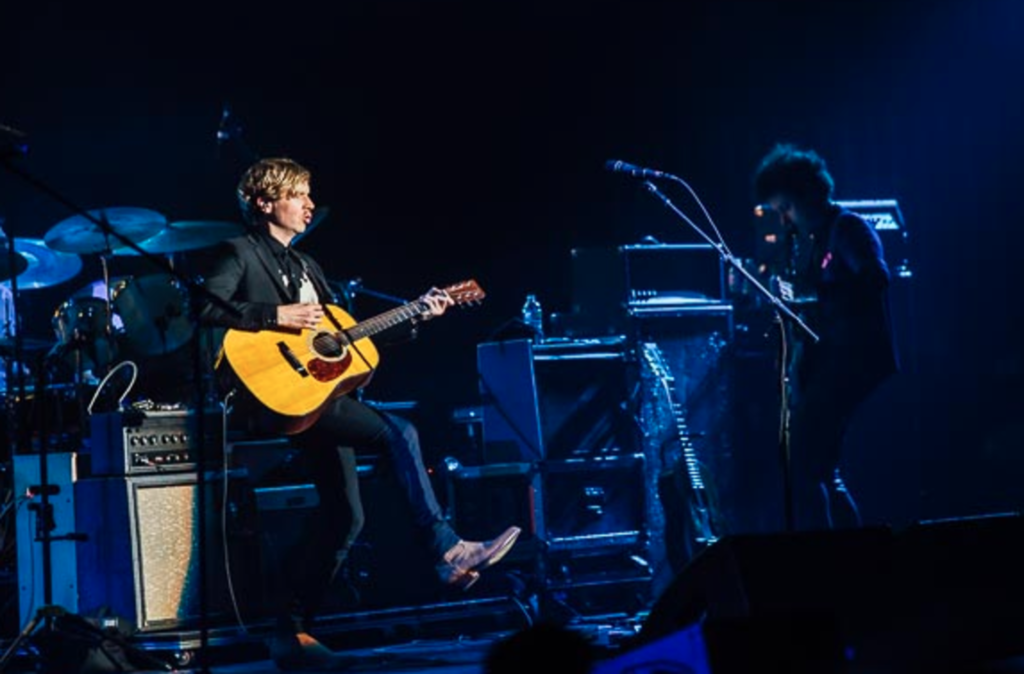 This was the first real concert for Beck in eight months, he told the crowd, and he was in high spirits for it. Throughout the evening, he shared various stories with the audience that went beyond banter. The first came when he introduced the song “Jackass,” off his 1996 album Odelay, and disclosed that Willie Nelson made a guest appearance in the music video (as a wizard who threw “magical dust” in the air).

And as the black and white video played on the screen behind him – it was, indeed, pretty ’90s – the crowd laughed and cheered for Nelson’s cameo. But it would have been a shame, given the double-bill, for Beck and Nelson to go without performing together on stage at least once, and Beck did not make us wait for that pleasure.

“I’d like to bring out now a special guest,” he said, and the audience knew who he meant. “I don’t think we’ve sung together in 18 years. The last time, we did a Jimmie Rodgers song, so we’re going to do another one. The next one’ll be in 20 years.”

While Nelson was being retrieved from backstage, Beck did a seemingly impromptu cover of Hank Williams’ “I Heard That Lonely Whistle Blow,” and his voice changed dramatically for it. He had stripped his jacket to reveal a fantastically fringed Western shirt, and the genre change was so thorough it was almost jarring. 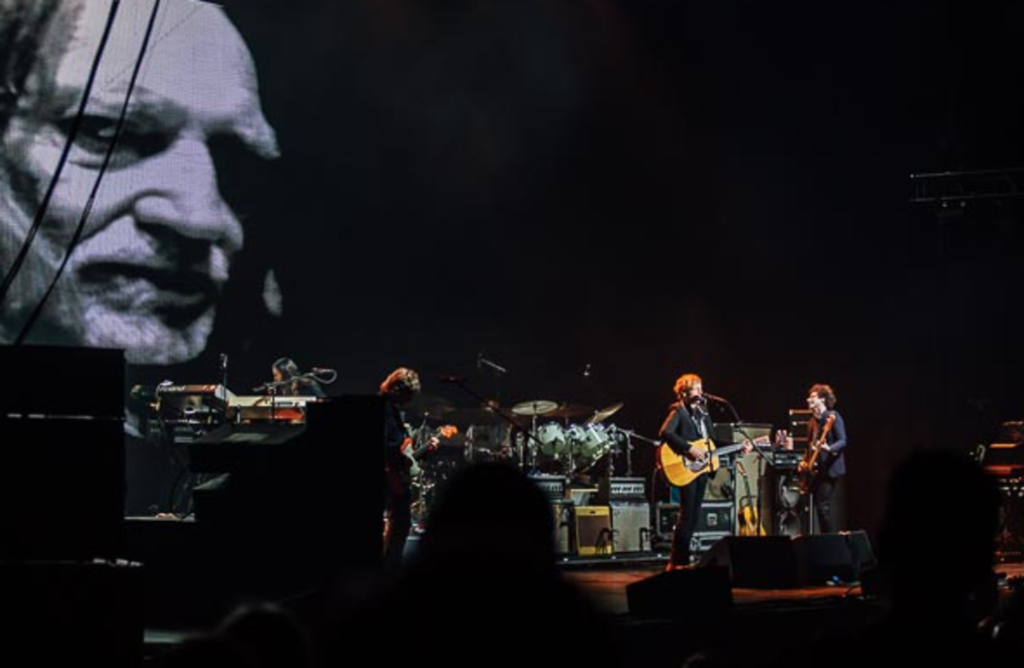 When Nelson stepped onstage – holding a printout of the lyrics for Rodgers’ “Waitin’ on a Train” – the crowd totally lost its shit. It wasn’t so much that the duet was well executed, because it wasn’t, really: Nelson’s voice was an unsteady warble on the second verse, and his verse with Beck didn’t quite match up; it was obvious that there was little rehearsal involved. But the magic, of course, was seeing these two legends sharing a song for the first time, as Beck mentioned, in nearly two decades.

“I feel like we’re just getting started,” Beck said when the song was over and Nelson left the stage.

Indeed, the next song he cued up was his 1993 hit, “Loser,” and it was a high-energy take on the slacker song. He followed that with “Devil’s Haircut,” featuring blistering electric guitar riffs, the loud and funky “Black Tambourine,” the country-fried “Sissyneck,” and a bluesy “Think I’m in Love.”

And Beck was not afraid to move around. “Qué Onda Güero” saw him practically bouncing from one end of the stage to the other, hyping up the audience. He swiveled his hips and moved his skinny limbs with abandon during “The New Pollution.” He was back on guitar for “Soul of a Man,” the fiercest song of the night with driving bass lines. 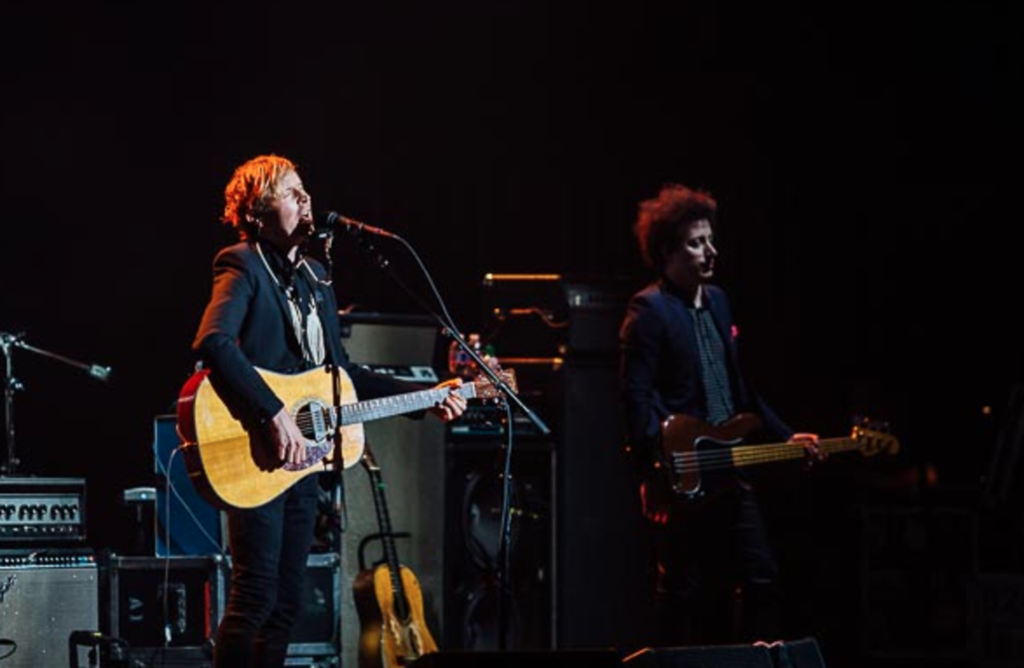 “How is everybody?” he asked after the song – and its wild light show – ended. “We’re gonna catch our breath for a second.”

He brought the level down then for the next four songs, Sea Change’s heartbreaking “Lost Cause” and Morning Phase’s “Heart is a Drum,” “Blackbird Chain” and “Waking Light.” Many in the audience took this opportunity to sit down, nuzzle with a significant other or take a bathroom break. These songs were gorgeous (and, personally, my favorite parts of the evening), but it was clear that the mixed audience was there for the entirety of Beck’s disparate catalog.

The party was back on for “Girl,” and so was Beck’s hat – he kept taking it on and off all night, depending, it seemed, on what he was playing. He closed out his set with the sultry, soulful R&B jam “Debra,” which also featured an elongated break where Beck addressed his audience over the smooth grooves of his band in beat poet-like phrases.

Beck thanked Kansas City several times throughout the night, but never once did it seem hokey – a fact owed, perhaps, to childhood summers spent in the area, which he mentioned early in the set. And he didn’t make the crowd – which had thinned by the time he walked off stage around 11:15 p.m. – wait long for an encore. The three-song finale was high on Prince vibes, with the endlessly funky “Where It’s At” and “E-Pro.”

Midway through that last song, I began the trek back to my car. Weaving through endless rows of vehicles and over patches of still-wet grass, I could hear the party roaring on.

Leftovers: I expect some of you will complain about there not being enough Willie Nelson in this review. Look: Willie Nelson fucking rules. I wholeheartedly agree with what Beck said about him being one of the most beloved artists in America. His voice hasn’t aged in probably a decade. The songs he sang last night – notably “Georgia on My Mind,” “On the Road Again,” “Always On My Mind” and “Roll Me Up and Smoke Me When I Die” – were executed flawlessly. 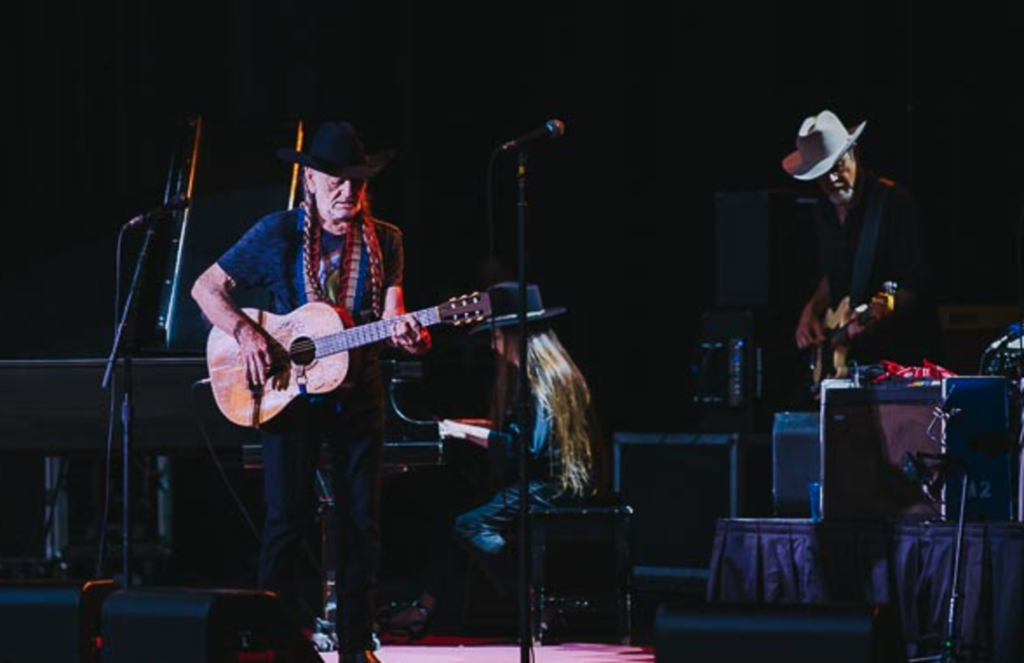 But Nelson’s set was, for better or worse, treated like an opening set by the crowd. I tried to spot the differences between last night’s set and last July’s at Starlight, and there were very few, aside from setlist rearrangements and timing. So I chose to focus this review on the underdog winner for Album of the Year at the Grammys, who has not been to Kansas City since 2008. Can I live?