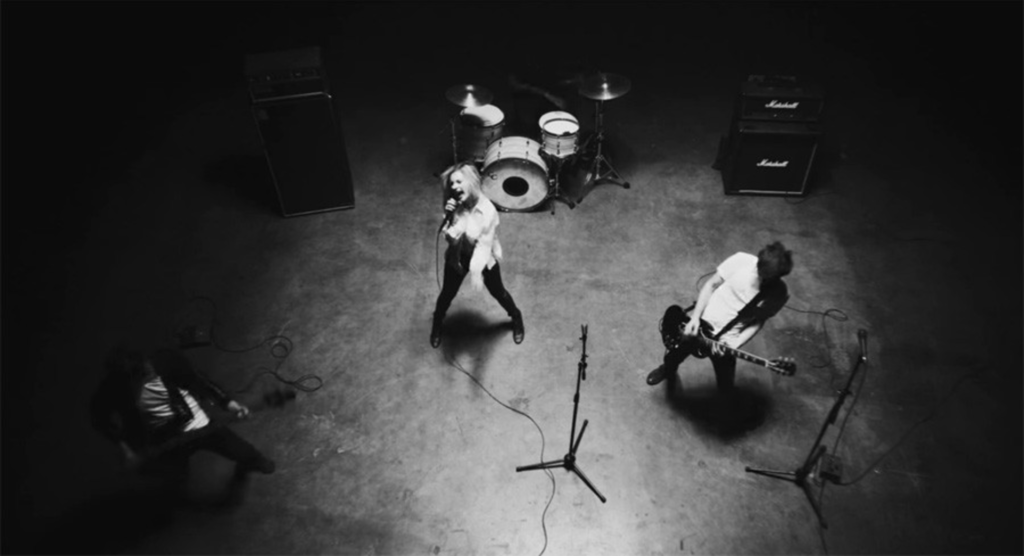 This month’s roundup of local videos features two full sets from the wildly opposite worlds of jazz (The Project H featuring Katy Guillen) and metal (Eyes of Iolite), along with Beautiful Bodies’ debut video for Epitaph Records, plus the scrappy DIY of the Rackatees and Mr. & The Mrs., among others. No matter which way you cut it, you can see the full power of Kansas City on display in this month’s Cine Local.

We like to think of Mr. and the Mrs. as our own local Dead Moon, right down to the lathe-cut singles and gritty garage punk. This video for “Brain Surgery” wouldn’t be out of place as part of a double bill with Mystery Science Theater 3000 fare like Manos: The Hand of Fate, featuring as it does scenes of papier-mâché brain transplants by strange, mysterious figures. Its strange imagery matches perfectly with the ghostly echo on the recording.

Beautiful Bodies’ shows around the area have been the sort of thing to inspire mad devotion from legions of fans, so it was really only a matter of time before somebody snapped them up for a contract. That somebody was the venerable punk label Epitaph, which released the BB’s debut LP, Battles, earlier this month. This video ably shows off the band’s energetic performance, as well as being a little bit arty. The song’s mix of pop and alt-rock riffs might not be for everyone, but it is definitely an earworm of the first order.

From the Indyground compilation, Eyedentity, this Steddy P banger pairs perfectly with the imagery from director Barrel Maker. As goes Steddy P’s flow, so goes the film: never stopping, always moving, keeping you on your toes. DJ Mahf’s scratches and cuts are also on display here, with close-up of the DJ’s hands providing further motion and momentum to move this thing forward. By the end, you’re going to feel like you’ve just ran a marathon — and Steddy P isn’t even breathing hard.

The Thursday Jazz Underground series at the Westport Coffeehouse produces all manner of excellent performances, but this one-off collaboration between Katy Guillen and the Project H might be the bets thing yet. Guillen’s soulful voice and bluesy guitar find a counterpoint in the brassy, funky jazz of the Project H. The two create something familiar, yet utterly new and exciting in this set, and it’s worth the time you’ll spend with it, and then some.

The strangest part about the Rackatees’ video for “Ghost Ships” is not the fact that it features the same horse mask that’s in the Beautiful Bodies’ video, but seeing this Lawrence punk trio perform in a well-lit space. For those used to seeing the Rackatees in basements and bars, the fact that these guys are playing fully lit might seem a bit off-putting. Never fear, however: There’s also footage of the band in the basement of the punk house they call home. Bonus: sneak peak at the upcoming vinyl release of the album from which this song comes, This Horse Rides On.

Eyes of Iolite at the Replay
June 17

This Lawrence three-piece manages to create more noise than bands with double their ranks, and it never fails to astonish just how pummeling a sound they can create. Frontman Dean Edington recently offered a one-word recommendation for the band’s shows: “earplugs.” It’s a valid suggestion, and you can watch audience members walk up and eventually walk off during the course of the metal trio’s set at the Replay last month. For those who fear the inevitable tinnitus, this set’s a safe option for experiencing Eyes of Iolite’s sonic attack.

Points to viewers of Katlyn Conroy’s newest La Guerre video who can name the downtown Lawrence watering holes used to showcase this Sapphires track. Of all the videos we’ve shared this month, this track might be the most summery and fun. Despite all the jackets on display in the video, the song and the patio drinks have us yearning for further summer boozy shenanigans, and dancing along to this track might be the best way to spend a summer night we can think of.