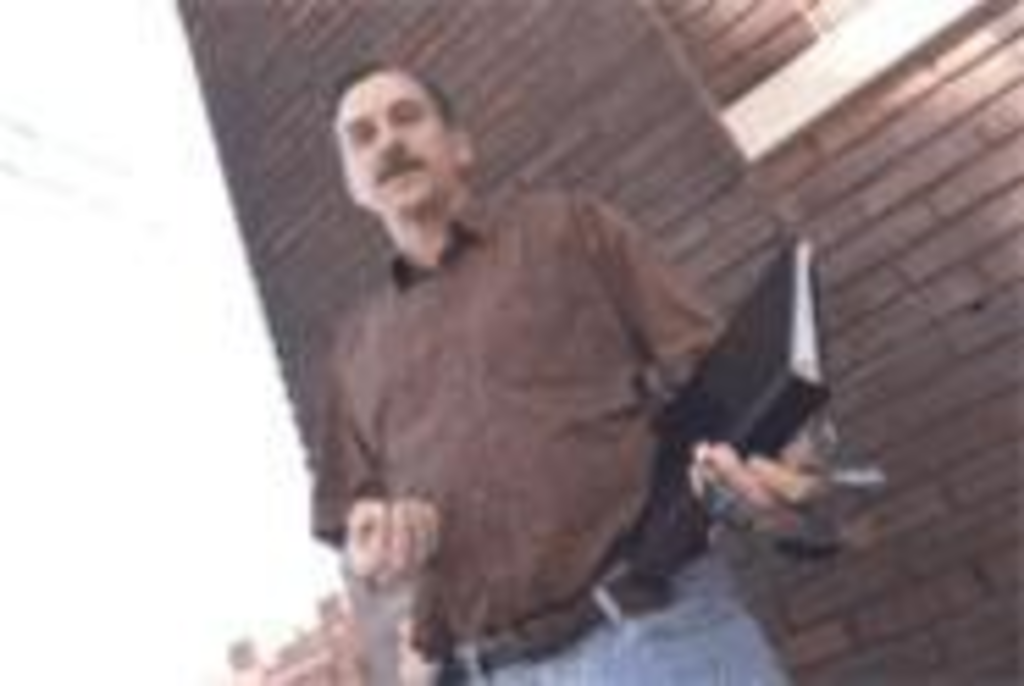 Before his daughter, 18-year-old Anastasia, was found shot to death in October 1997, Robert WitbolsFeugen had no reason to harass Jackson County officials.

But the murder was a mystery. Anastasia’s body was discovered in Lincoln Cemetery, between Interstate 435 and the western boundary of Independence, with a gunshot wound to the face. Two of the friends who had been with her the night before claimed they’d last seen her when she got out of their car in a huff at I-435 and Truman Road. The third, her on-again, off-again boyfriend, Justin Bruton, blew off his own face with a shotgun he bought the morning after Anastasia disappeared, before her body was found.

But WitbolsFeugen didn’t believe that Bruton was capable of killing Anastasia.

WitbolsFeugen, a compliance manager for the Internal Revenue Service, channeled the tenacity he used to pursue delinquent taxpayers into his daughter’s murder investigation. He put up fliers, interviewed his daughter’s friends and even did surveillance.

The case broke two and a half years later when one of Anastasia’s friends, Kelly Moffett, changed her story, admitting that she’d watched Byron Case kill Anastasia. Case was convicted and sentenced to life in prison without parole (“Cemetery Plot,” May 16, 2002).

By then, WitbolsFeugen had declared war on Jackson County.

WitbolsFeugen was already frustrated with the work of Jackson County sheriff’s investigator Gary Kilgore when he heard a disturbing story from the mother of a friend of Anastasia’s. The friend, Peige Turner, had heard from one of Case’s friends that Anastasia had died in a game of Russian roulette. When Kilgore confronted Case’s friend, the detective let slip Turner’s name. Soon, Turner was receiving e-mailed threats; eventually, she would move out of town.

WitbolsFeugen convinced Turner’s mother to file a complaint with the county’s Office of Human Relations and Citizen Complaints. He then filed his own complaint with the OHRCC, a panel of volunteer citizens that acts as a county ombudsman. The commission ruled that both complaints were valid, but that acknowledgment didn’t change WitbolsFeugen’s belief that Kilgore’s slip would discourage more witnesses from coming forward.

WitbolsFeugen took his concerns directly to Kilgore. He fired off about 150 e-mails to Kilgore’s personal account, ultimately prompting the detective to ask him by e-mail to stop “harassing” him.

WitbolsFeugen pursued the OHRCC with the same vigor. He sued the commission, charging that its members had held illegal meetings to discuss his complaint. WitbolsFeugen won his lawsuit, but Circuit Court Judge Thomas C. Clark fined the commissioners just $500, declining to award WitbolsFeugen compensation for his $33,000 in legal expenses.

“Every month, I’m still paying on that $33,000,” WitbolsFeugen tells the Pitch. “That created a condition I call a burning in my soul to rectify what I still find an issue with Jackson County. That is their desire to have secrecy to conduct their public business.”

WitbolsFeugen’s burning started as a quest by a grieving father to find his daughter’s killer. It has evolved into an obsession with the obscure details of the state’s open-meetings and open-records laws.

Around the courthouse, WitbolsFeugen is known for the tape recorder and camera he carries and the terse signs he holds at public meetings: “Reform the OHRCC,” “Closed session violates sunshine law” and “Authorize my access.”

WitbolsFeugen acknowledges that he’s the reason why former OHRCC director Deborah Tircuit asked that a sheriff’s deputy attend the OHRCC meetings last fall. Tircuit was a defendant in WitbolsFeugen’s lawsuit and a frequent recipient of his criticism. WitbolsFeugen says he was surprised, however, when the deputy showed up. “I’ve been attending meetings for three years, four years practically, by the time suddenly somebody says it’s time to have a sheriff’s deputy here,” he says.

WitbolsFeugen’s dealings with the commission have continued to ripple. At a February meeting of the county Legislature, County Executive Katheryn Shields noted that she couldn’t find people willing to serve on the OHRCC Commission. Shields said commissioners had resigned because of harassment and intimidation. Though Shields didn’t name WitbolsFeugen, he was clearly the source of the alleged intimidation. As usual, he was in the room at the time, holding a sign in the gallery.

County Legislator Scott Burnett says WitbolsFeugen is the reason why part of the second floor of the county courthouse was closed to the public last year. That’s the area where county legislators have their offices, and Burnett, who was chairman of the Legislature at the time, says he received a complaint saying that WitbolsFeugen had taken a piece of paper from the desk of Sylvia Rizzo, who was then an aide to county Legislator Robert Stringfield.

WitbolsFeugen doesn’t deny that he took the paper. He says it appeared to be a notice of a public meeting to be held within a few days. Burnett says it was only a draft, but the incident supported his argument that legislative aides needed private space away from WitbolsFeugen and other members of the public.

“He was always present back there, along with some other citizens,” Burnett says. “Staff felt like they were under surveillance, and they were intimidated.”

In his personal crusade, purportedly on behalf of clean government, WitbolsFeugen has found allies, including John Pennell, who lives in Independence and has a track record of attending public meetings, speaking on issues and contacting elected officials.

In May, the two men gained more clout when Stringfield hired both of them to replace Sylvia Rizzo. (Stringfield says Rizzo quit because she didn’t want to transfer to the county’s Independence office, as Stringfield had requested.) To replace her, Stringfield split the job in half; Pennell and WitbolsFeugen are each paid for 20 hours a week. Generally, WitbolsFeugen keeps track of the office phone logs and Pennell does research and attends county meetings.

“I noticed his persistence in trying to get things done,” Stringfield says. “My whole premise is open government and ethical management. He already knew his way around. He already knew basically the channels.”

But the hiring sent shivers through other county offices.

“I was shocked. I couldn’t believe he [Stringfield] did that to all of us,” says one employee, who asked not to be named. “All of a sudden he [WitbolsFeugen] has access to everything.”

Now he’s chasing the recorded minutes of a May 16 closed meeting of the Legislature. Legislators called the meeting to discuss the fact that lawyer and real estate developer Ken McClain had improperly dug a pond on Jackson County park land.

At the end of the meeting, discussion turned to the subject of the county’s newest employee.

WitbolsFeugen knows basically what was said at the meeting. His boss was there. And Burnett has made no secret of his concerns about WitbolsFeugen’s hiring. He fears it will be even more disruptive to the county staff. “I worried that the sense of surveillance and intimidation would even increase,” Burnett tells the Pitch.

But WitbolsFeugen is on a mission to obtain a written account of the meeting; he believes that the minutes are an open record under state law.

Stringfield has asked county counselor Ed Rucker if that’s the case. In response, Rucker has written, “The discussion about your aide was appropriate for a closed session as it is a spontaneous discussion about personnel issues and no action was taken by the legislature.”

WitbolsFeugen appealed to county prosecutor Mike Sanders’ office, which responded with a written opinion of its own. Not surprisingly, the information from Sanders’ office contradicted the information coming out of Shields’ office. “Any discussions pertaining to the hiring or firing of a Jackson County employee during the closed meeting of the Jackson County Legislature on May 16, 2005, would have been a violation of the Missouri Sunshine Law,” wrote James Kanatzar, deputy prosecuting attorney. Kanatzar called it an oversight and not an intentional violation.

But WitbolsFeugen is now threatening to sue. Again. Only this time, the defendant will be his own employer.