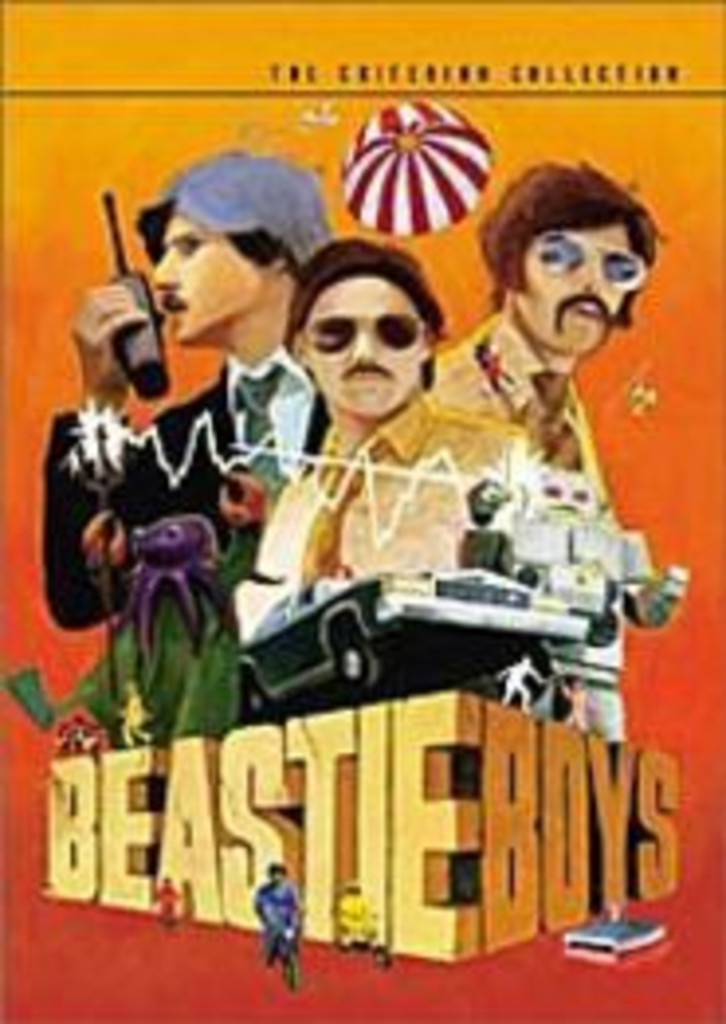 For their second consecutive holiday offering, the Beastie Boys have brought to market the first rock or rap DVD to fully explore the new medium’s capabilities — that is, the first one worth buying, let alone watching more than once. After a successful experiment with a two-CD survey of their career made available in both a predetermined edition and a you-build-it-online version, the Boys’ generosity has spilled over to include their prodigious video output. That they’ve done so in conjunction with Criterion, whose line of extras-filled DVD movies helped make video fetishism a mass-market obsession, ensures an exhaustive — in fact, exhausting — tour of a decade’s worth of self-effacing classics.

Leaving debate about the group’s epochal impact to VH-1 roundtables and MTV pundits, you don’t have to be a Beasties fan to share the opinion that the Spike Jonez-directed “Sabotage” is a high point of the music video genre. With the DVD version of the video, as with most of the set’s contents, viewers can pair alternate angles with remixes to create dozens of combinations. Some are fascinating and hilarious; others prove Jonez’s final cut the wise decision of a great director in training. There’s also a mock interview with the leering “cast” of “Sabotage” that’s itself worth the price of admission.

Even when the video images aren’t especially engaging (“Gratitude” leaps to mind), the discs establish a logical rhythm that gathers momentum, even when you stop to indulge in the extras (which include an audio commentary and still photos of storyboards). And watching the videos in a long sitting also brings into relief the Boys’ evolving worldview. The running hair dryer gag in “Hey Ladies,” the trio’s 1989 sendup of groove-shaking, was three guys playing dress-up, a little late to the let’s-mock-disco party; however, the blood-gushing decapitation in 1998’s “Body Movin'” is sharp satire from three Tibet-loving pacifists. (Even the cop show spin “Sabotage” is pointedly without gunplay.) Subtext from the Beastie Boys? And how.

That helps explain the exclusion of videos from the Def Jam years. “She’s On It” isn’t clever, just horny; “Fight for Your Right” likewise doesn’t hold up as well as even a Shemp Three Stooges short. Though the set attests to the trio’s uniquely goofy camaraderie — the videos are, superficially, a long home movie following the adventures and growth of three clubhouse members — it also traces an arc that miraculously veers away from self-parody and egomania. The videos maintain a uniform level of not-so-slickness that’s even more refreshing now, amid rap productions that would have put Cecil B. DeMille in a coma. A look at the copious extras here reveals that the budgets were concentrated on subtle touches and in-jokes rather than hired booty. The Boys have built a legitimate body of work without any jiggling asses.