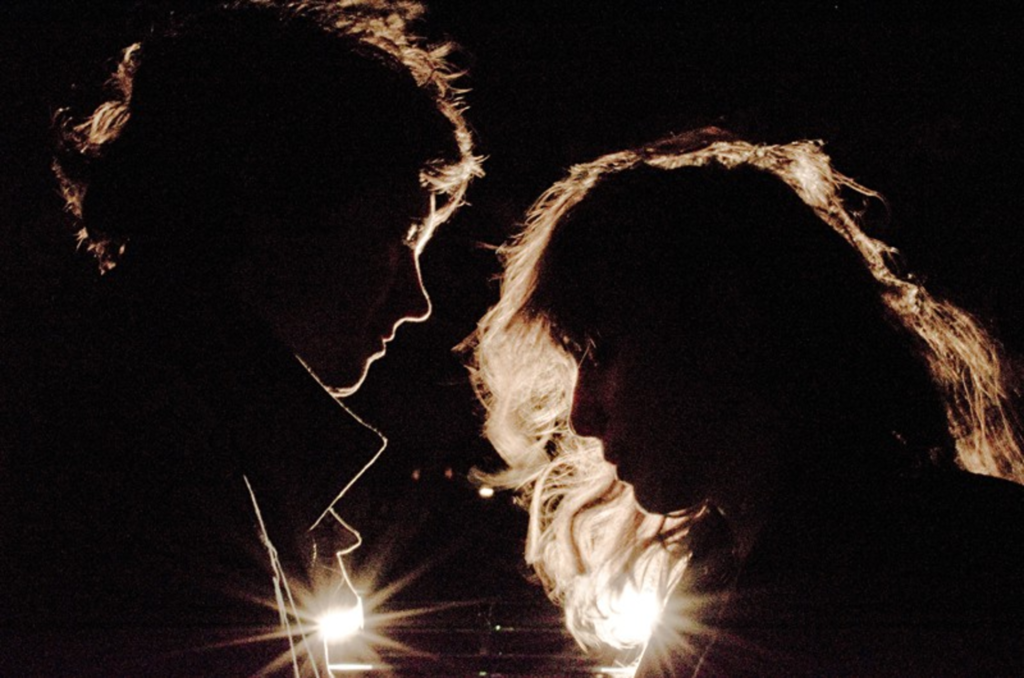 Teen Dream, the 2010 album from Baltimore dream-pop duo Beach House, is a tough act to follow. It’s dark, ethereal, haunting, and still somehow a very accessible pop record. And yet Bloom, this year’s follow-up, is no letdown — it’s a logical extension of the distinct sound that guitarist Alex Scally and singer Victoria Legrand have been honing since 2004. The Pitch recently caught up with Scally on a break from Beach House’s tour, which includes a stop at the Granada Tuesday, July 10.

The Pitch: What did it feel like walking into Electric Lady Studios for the first time to mix Bloom?

Scally: We were mostly nervous we were going to fuck up our own thing, and we were pretty much obsessed with what we were doing. There wasn’t really much time to savor thinking about Young Americans or Stevie Wonder recording there. We mostly had to be like, “OK, we have to finish this record.”

There were times when I thought this would be a nice sentiment to share with the grandkids one day. The thing is, they’ve redone it, so it doesn’t look like it did back then. I think they should have tried to maintain how it looked in the past. Now it’s kind of glossed over and it kind of looks like an apartment from the mid-2000s. They kept the murals that Jimi Hendrix did, and those are really amazing. They’re almost ’80s style. He was really ahead of his time. Other than that, it’s just very clean-looking.

You’re on record as not being a fan of Twitter. Do you think social media is getting out of control and the truly important things are kind of getting drowned out?

Um, yeah, without a doubt. I mean, I think it can be very useful. Twitter is an interesting thing, but with everything, it’s being misused. It’s really boring, the stuff people say. We just try to use it as an informational thing more than anything by sharing a great song [or] another band that just put out an amazing album, [or] talk about the shows we have, and not be like, “Oh, my God, I just did Pilates, and my butt hurts,” which is so awful to put into the universe and so meaningless. It’s just sick. It’s allowing people to be brutally narcissistic 24 hours a day. A friend of mine pointed out, though, that the people who are like that online were always like that, and we can just see who they are now, which is an interesting way to look at it. But I think it’s also encouraging it in a bad way. It’s allowing people to be really self-indulgent. It’s an addiction at that point for sure.

How do you think Bloom differs from Teen Dream?

Well, this is our fourth record. Some people have said it’s similar, but I don’t know what they’re hearing. I don’t want to try to convince people or tell them what’s different. Personally, I feel it’s a wildly different record. Every single one feels very different to me. That’s what happens to an artist. They finish a tour, make the next record, and it’s just different. It’s not a self-conscious thing. People are changing, evolving, getting older and having taste growing and changing. It’s stupid to say how it’s different. Everyone’s ears are different.

How much attention do you pay to those critics?

It’s hard to say. Everybody hears something different, so I try not to think too much about good or bad reviews. A lot of the good reviews — honestly, I didn’t think they were good reviews. [Laughs.]  Just because it’s positive doesn’t make it a good review, in my opinion. I think music listening, in general, is at an all-time low. People, especially music reviewers, have so much to listen to. I don’t think you get an album in less than five listens. And I’m an audiophile. I hear everything the first time, but I still don’t get it until I’ve heard it five or 10 times. I don’t think people give that kind of attention to music anymore. But that’s what it deserves. Like, you would never go to a museum and walk by a painting in four seconds. I see people doing that all the time. But that’s not what a work deserves. You wouldn’t watch a film and be on your phone the whole time.

How much do you think your own obsession and tenacity play into the band’s success?

When I see people who are good musicians but aren’t doing anything with it, I often think, “This person is far less obsessive than I am.” I think tenacity is one word for it, but I’m also a compulsive person. I was playing the organ before you called. It’s just what I do. I don’t really read at this point in my life. Music is just the thing I’ve done for a really long time. Sometimes it feels awful, like very dark, gross and weird. But it’s my entire existence, playing music.