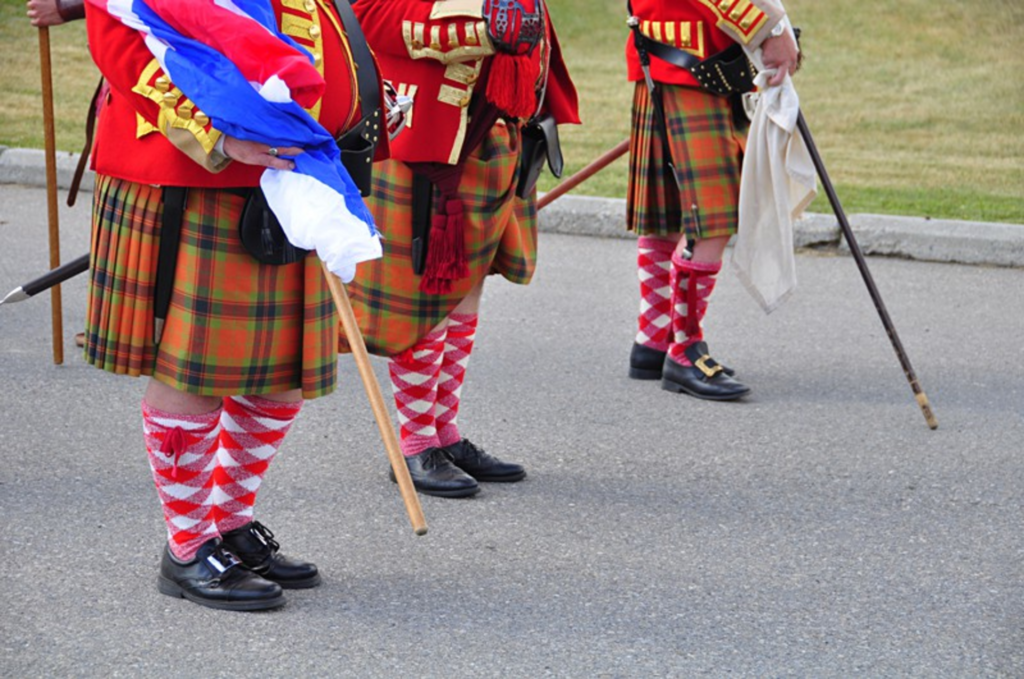 The challenge is that most people really don’t know all that much about Scottish culture outside of kilts and bagpipes, and that’s not enough to get them involved,” says Kristi Peterman, field chairwoman of the Kansas City Scottish Highland Games.

“Most people are interested in some aspect of their culture already,” she adds. “They may not know much, but they usually know that someone somewhere in their family tree came from Scotland. That alone is usually enough to get someone to come over and ask questions. With young people though, there has to be a ‘cool’ factor.”

And this is where the games come in. The three-day full-on display of Scottish culture does it all: Highland wrestling, dancing, whiskey tastings, steel sword fighting, and more.

“It’s really for everyone,” says Sherry Grant, the festival’s organizer. It’s her fifth year putting it together. “We’re always hoping to attract new members into the clan. People are genuinely interested in our heritage.”

Formed in 1914, the Kansas City Saint Andrew Society once had nearly 600 members. But that figure has ebbed with time. Especially compared with KC’s steady Irish (or Irish-identifying) community, the numbers of those claiming, and officially supporting, their Scottish roots are rather small.

“The Scottish and Irish were kissing cousins, hello,” says Cindy Murray, a bagpiper with the KC Saint Andrew Pipes and Drums. She has been with the group for 10 years, and once again it’s set to be an integral part of the weekend’s festivities.

The ticket price for the games has been lowered to attract more people: $5 on Friday and $10 for Saturday or Sunday buys festivalgoers access to authentic food (think meat pies, haggis and Scotch eggs), kids’ activities, a “History and Culture” tent, the formal dance competition, live music and the athletic contests. The latter is open to all skill levels, with participants competing in the Sheaf Toss, the Hammer Throw, Putting the Stone, and the crowd-favorite Caber Toss.

“It really feels like a big family,” Grant says. “The Scottish love to share their culture with everyone.”