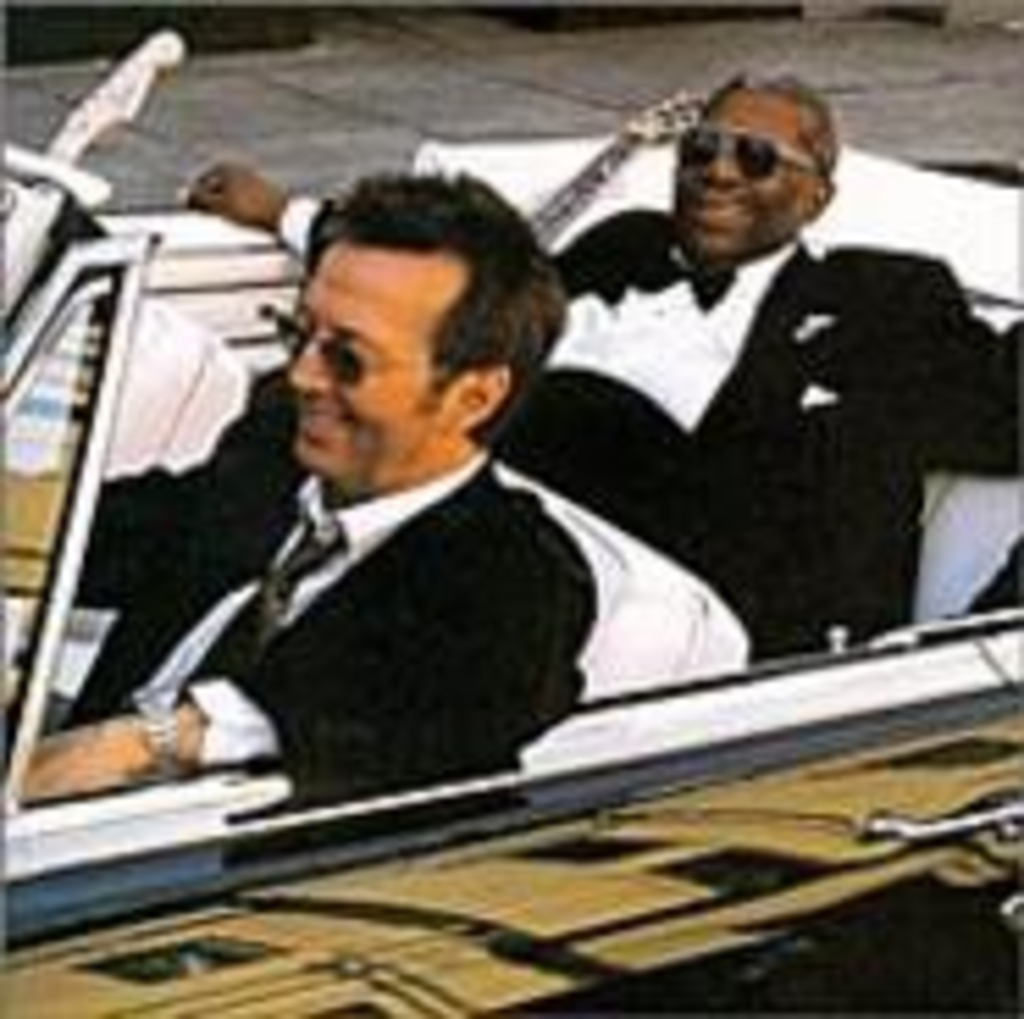 Eric Clapton explained recently that the cover photo of this new collaboration comes from his idea to celebrate B.B. King by showing, Driving Miss Daisy-style, white Clapton chauffeuring around his black elder. Of course, Morgan Freeman didn’t have a $10,000 watch on his wrist and an Armani suit on his back for that movie, but at least Clapton and King look as though they’re having fun. They even sound like it sometimes.

For most guitarists, that would be enough, a refreshing change of pace in our mechanized times. But these are, after all, King and Clapton — two players equally capable of scorching workouts or somnambulant jams-to-order. In fact, their singing, not six-string heroics, has frequently carried recent projects. So it’s no surprise that the stuff that works here not only cranks the amps but also calls for, and gets, first-class belting. “Hold On, I’m Coming,” the Sam & Dave classic, is a great, growly time, and “Worried Life Blues” is deeply affecting.

John Hiatt’s title song opens the disc ideally, a crackerjack match of strong material to great musicians. It makes you wonder what undiscerning force has prevented King and Clapton, solo or together, from choosing better songs the past decade or so. It’s probably the same unseen hand (okay, probably co-producer Clapton’s hand) that insists on sprinkling backup singers and programmed drums here and there. A project like this, already surprisingly unconcerned with superstar flash, deserves an organic approach in the studio. (A couple of songs have only the core quartet at work and benefit greatly from Steve Gadd’s understated drumming and Nathan East’s impeccable touch.) “Come Rain or Come Shine” sums things up: A predictable choice to close the album, the performance brings an authentic flavor that helps it overcome an unnecessary string arrangement. Like a lot of Riding, it tries too hard and winds up more likable than memorable.