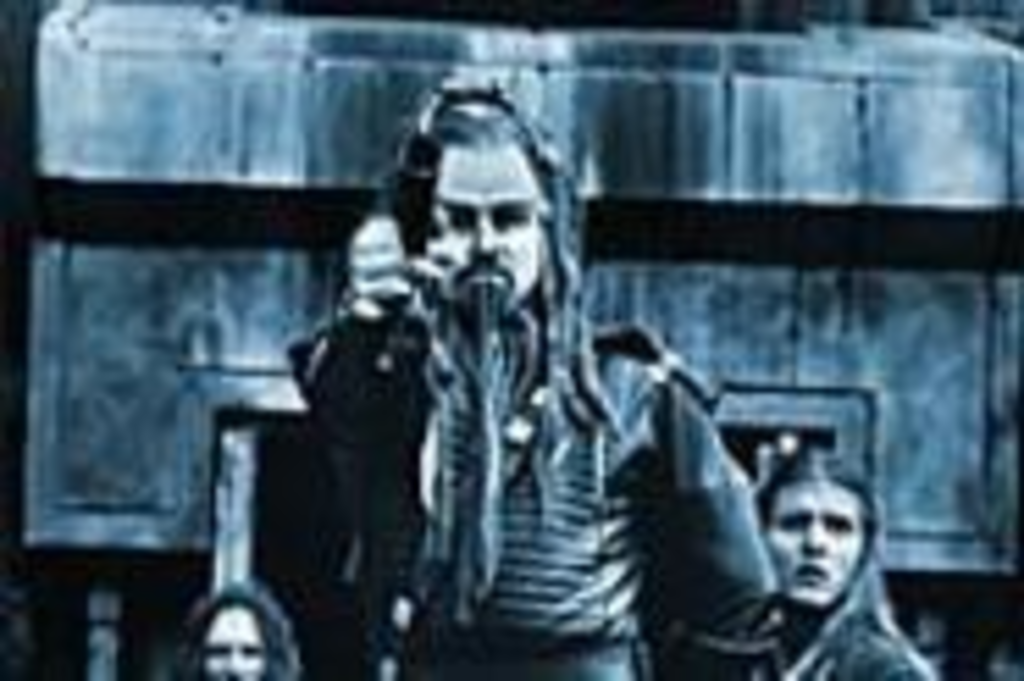 Devout Scientologist John Travolta has told those who fear that his new movie, Battlefield Earth (which is based on a massive novel by Scientology founder L. Ron Hubbard) is a recruiting tool for the cult not to worry. Both the actor-producer and the late Hubbard have stated that the tale was merely designed to entertain. If we take them at their word, it is safe to say they have failed miserably.

Set in the year 3000, when humans have been defeated by bloodthirsty extraterrestrials from the planet Psychlo, Battlefield Earth often owes more to Star Trek than it does to Hubbard. The Psychlos are supposed to be scary; production designer Patrick Tatopoulos uses armor and dreadlocks, making them loosely reminiscent of Klingons. Whereas the actors playing Klingons can pass for otherworldly beings, the Psychlos look as if all they need is Clearasil and dental work to resemble humans. Most amateur sci-fi conventions feature better makeup.

The Psychlos are run like a corporation and deplete other planets of their gold and other resources. Their leader on Earth is Terl (Travolta), a security chief who hates his job and his new home. Terl’s chances for advancement on the Psychlo ladder are doomed because of a sex scandal.

Somehow the Psychlos managed to conquer Earth in a mere nine minutes. This accomplishment is all the more surprising because, although the Psychlos have the technology to teleport themselves light years from home in mere seconds, they are not smart enough to figure out how to extract gold from areas contaminated with uranium.

The planet’s former masters have had to flee to the mountains and have forgotten about all of the technology they once used. Most dwell in caves and fear Psychlos as gods. One who dares to venture out against them is young Jonnie Goodboy Tyler (Barry Pepper from Saving Private Ryan). Terl tries to use Jonnie as a tool for extracting the gold. But by teaching him the Psychlo language and technology, Terl inadvertently winds up enabling a human rebellion.

Even in foresight, Terl’s decision is as ill-advised as Custer’s at Little Big Horn. Still, Travolta’s shamefully hammy performance and high-pitched voice make Terl seem more silly than intimidating. Even worse, he and Forest Whitaker (who plays Terl’s dim sidekick, Ker) use hidden stilts to make themselves look taller. As a result, they move as if they suffer from advanced arthritis. They also say “crap” a lot, which makes them sound less like a superior race and more like rowdy fifth-graders.

George Lucas protege Roger Christian’s (Masterminds) slick but derivative direction only makes things worse. Christian loves to frame ludicrously dramatic silhouettes of the actors, and his action scenes confuse more than they arouse because it’s often difficult to tell the humans from the Psychlos. Both are shot through smoke and haze, use similar weapons, and have long, braided hair. The fight for Earth’s future leads to a profound sense of indifference.

Battlefield Earth is too silly and inept to be involving, but it is likely to lead its audience somewhere. Legions of science-fiction fans will feel compelled to approach the ticket booth and scream for a refund. (PG-13) Rating: 1