Battle of the bulge: Rush Limbaugh vs. Big Sexy 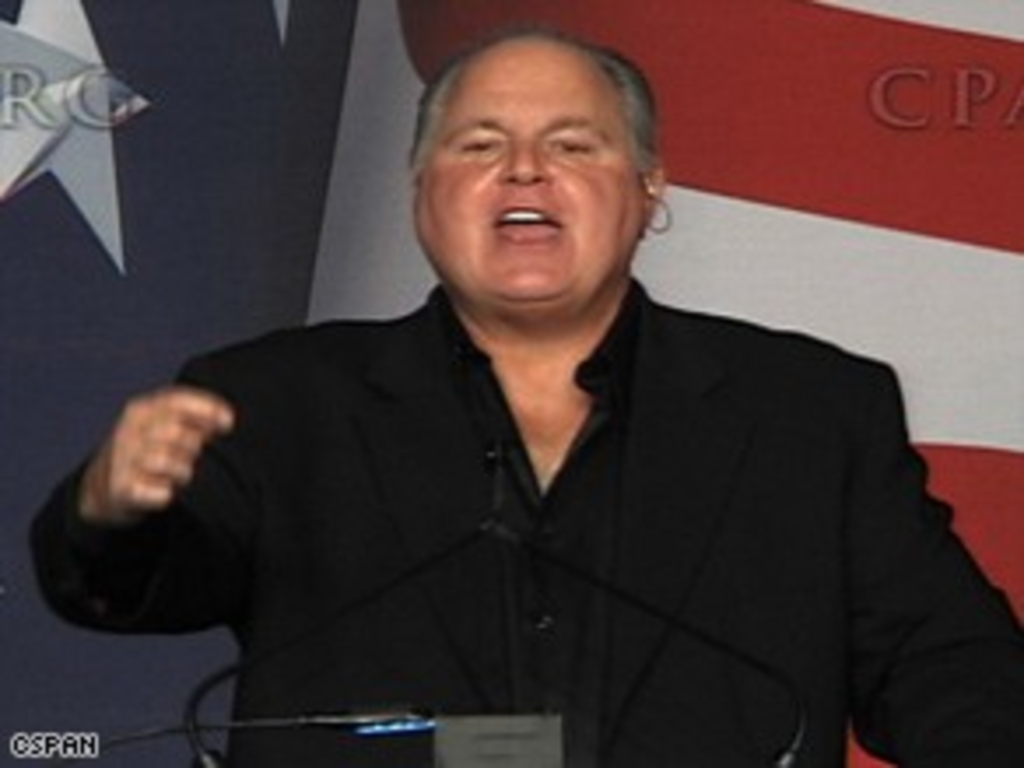 I don’t listen to Rush Limbaugh. But a source — a devoted dittohead — called yesterday and told me that Limbaugh was going on and on about Kansas City Star sports writer Jason Whitlock’s Sunday column, “It’s OK to question Pioli and the Chiefs.” Limbaugh made Whitlock the subject of a “teachable moment” segment. The cigar chomping OxyContin addict was shocked — shocked! — that Whitlock would demand answers from the Kansas City Chiefs’ new, secretive regime.

“Jason Whitlock is aghast that the media is laying down, has no

interest, is not curious, is blindly accepting whatever comes out of

and find out what they’re they’re trying to hide. He’s writing this

about a football team!”

The self-proclaimed “Big Sexy” doesn’t need me to defend him,

but I’m going to do it anyway. Whitlock doesn’t even touch on the

reason Limbaugh tore into him: Whitlock saying the media didn’t

question the Bush administration in the run-up to the Iraq war.

“The Iraq War is a worst-case scenario,” Whitlock wrote. “We trust our

president implicitly, led the cheers when we declared war on Iraq and

Speak for yourself, Whitlock. But, of course, Limbaugh just wanted to use Whitlock’s column to knock the media coverage of President Barack Obama

door with Barack Obama! The very demand, Jason, that

you are making , that local media hold a football team general manager

accountable, you don’t even think to reference the national media

holding a president accountable? There’s no curiosity, there is blind

acceptance of Barack Obama, Jason, right in front of your eyes. They’re

Rush, I’m sure you just forgot about the yellow cake scare. And Saddam Hussein’s ties to 9/11. And the journalists who were such pussies that they were afraid of being labeled “unpatriotic.” I’d remind Rush of all this, but I don’t want to be forced to apologize to him. Or eat his grandmother’s “under the sea salad.”