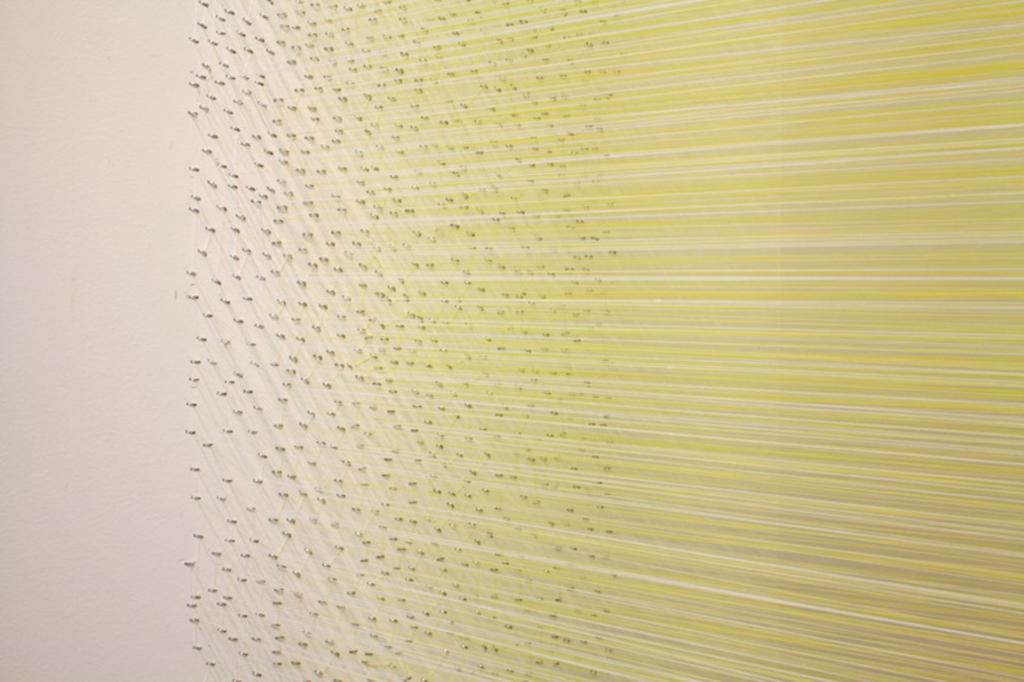 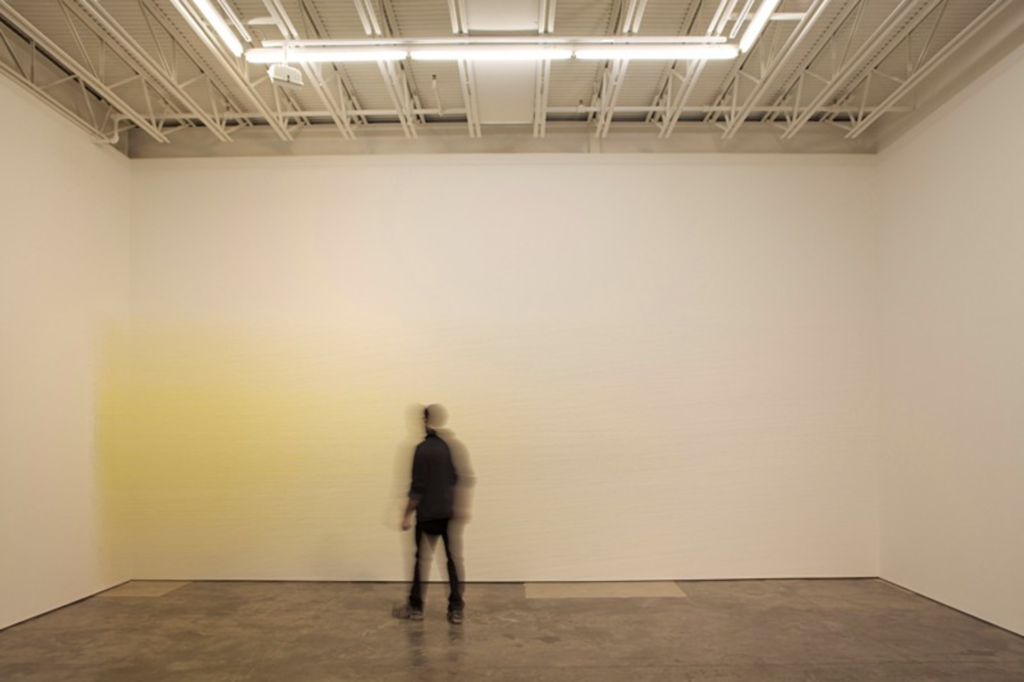 Imagine a bolt of sunlight somehow bursting through drywall. That’s the effect produced by Anne Lindberg’s installation Shift, in which the artist has stretched yellow and white cotton thread back and forth across 26 feet of the west wall of the Dolphin’s front gallery. The thread is secured with industrial staples — densely packed, hard, reflective forms that contrast the soft and luminous cotton cloud. As the thread moves away from the corner and the staples pull the individual strands farther apart, their color morphs from golden to a near transparent white. The result is an interior atmosphere, like an evaporating mist, that subverts your surroundings. Looking at Shift, you’re no longer boxed into four white walls, a concrete floor and a metal ceiling. Lindberg’s ephemeral form doubles as a ray of light.

Group exhibitions at the Telephonebooth, which consist of the annual Winter Invitational and the Summer Salon, fill the walls of the modestly sized gallery with a supersized amount of work. For the 2012–13 invitational, Buena Suerte a los Compañeros, gallerist Tim Brown asked 25 artists — long-established locals, Kansas City Art Institute graduates who made good elsewhere, and even a couple of international artists — to exhibit. Though Brown has final say on what ends up on display, the invitation is ultimately an open one, and this time it yields a charming and motley group of photographs, prints, paintings and assemblages installed in a no-frills fashion. This sample from the gallery’s south wall consists of KC artist Jennifer Field’s cosmic landscape, which she describes as an “interplanetary postcard.” There’s also a collage of layered fabrics of different colors and translucencies by New Yorker Rachel Hayes, and an assemblage by St. Louis artist David Langley that combines cuddly kitties with a not-so-cute shooting target.