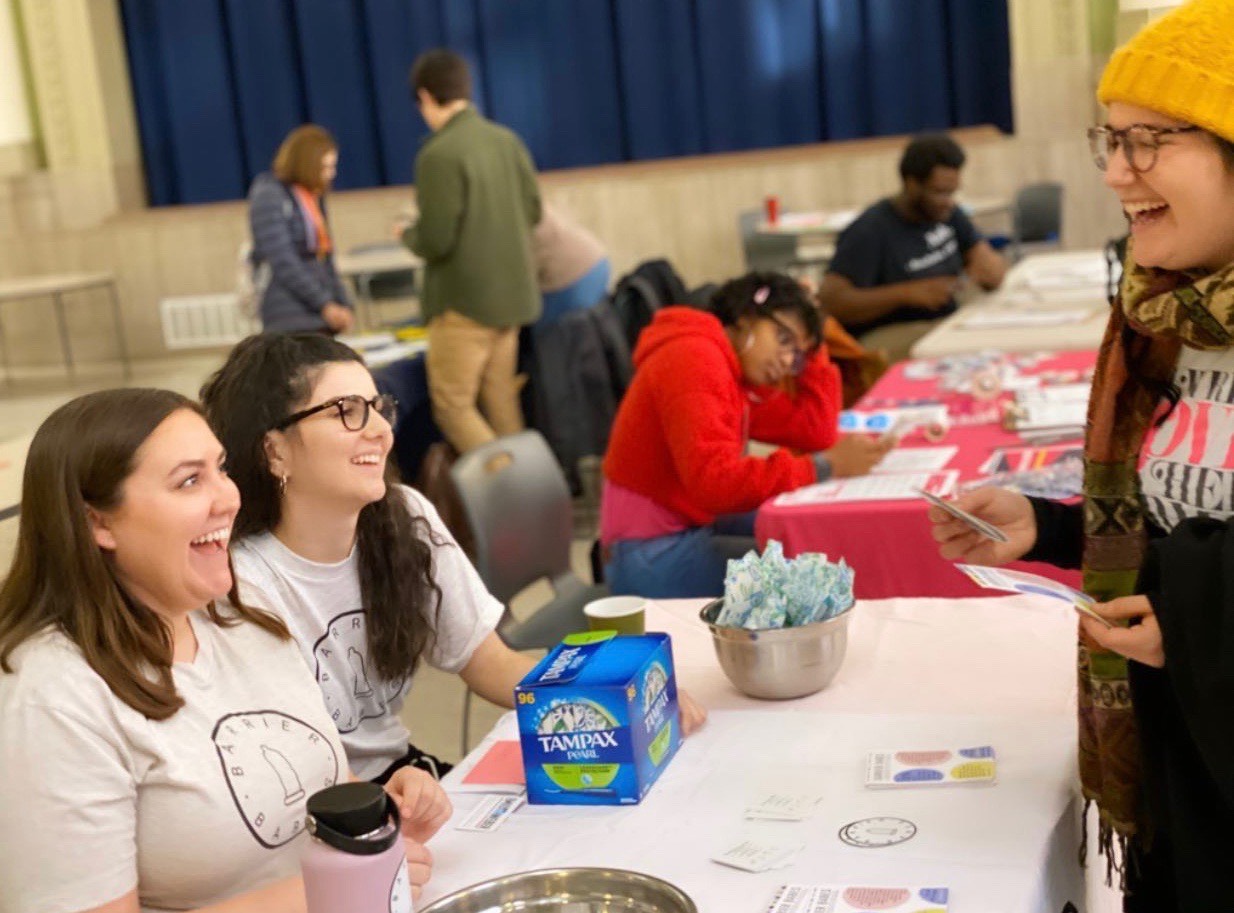 In May of 2019, Gov. Parson of Missouri signed an abortion bill into law. This bill prohibited abortions after 8 weeks of pregnancy, as well as several other unfair caveats. This bill was an enormous set back for any childbearing person, because it eliminated the opportunity to make decisions about their futures and their health, in an already deeply emotional, and individual position.

Maddie Womack, CEO of Barrier Babes, was not one to let this decision be made without the consideration of the people who are actually being impacted. So she, alongside comrades, arranged a rally. On May 19th, the people of Kansas City who wanted protection for themselves and the people they loved gathered together. The people who wanted to understand and act in solidarity joined in.

The bill was later challenged in the federal court and denied by those judges. But this was just the beginning for greater representation of sexual health in the Midwest.

Today, people are only getting a small dose of what it means to be in period poverty. While many of us are hoarding toilet paper and collecting water bottles, people of this city have already been experiencing lack of necessary items. Womak wanted to educate Kansas City and provide information and resources for practicing inclusive sexual health.

Barrier Babes was founded almost a year before the abortion rally. Womack noticed early that limited access to resources like condoms, and other sexual health information, was an issue for many local organizations. The Missouri government permitted little to no funding for these cautionary measures, even with Missouri’s high percentages of STIs, ranking in the top ten for cases of Gonorrhea in 2018, according to the CDC. In young adults, Missouri ranked as the state with the 14th highest teenage pregnancy rates in 2017. Woot.

It didn’t take long for Womack to realize that she was going to have to step up to the plate to bring sexual education to the people of Kansas City. Alongside her COO Micheala Mathiesen and Environmenstrull Educator Mackenzie Becker, the crew has been creating, hosting, and educating the community on sex, health, and self-care.

Barrier Babes also hopes to make menstruation a more inclusive topic. Not only does “the talk” received in school isolate students based on gender, but schools in Missouri get to pick and choose what topics they teach on. Some may include information on STD’s, but many schools in Missouri rely heavily on abstinence-only sexual education.

Barrier Babes is waiting on the return of its 501- C3 to become a certified non-profit, and are only able to raise physical donations via condom distribution. As an experiment, Barrier Babes placed 100 condoms in the male and female restrooms at recordBar. Over a single weekend, every single rubber had been claimed. The organization took this as a cue that their services were locally required. 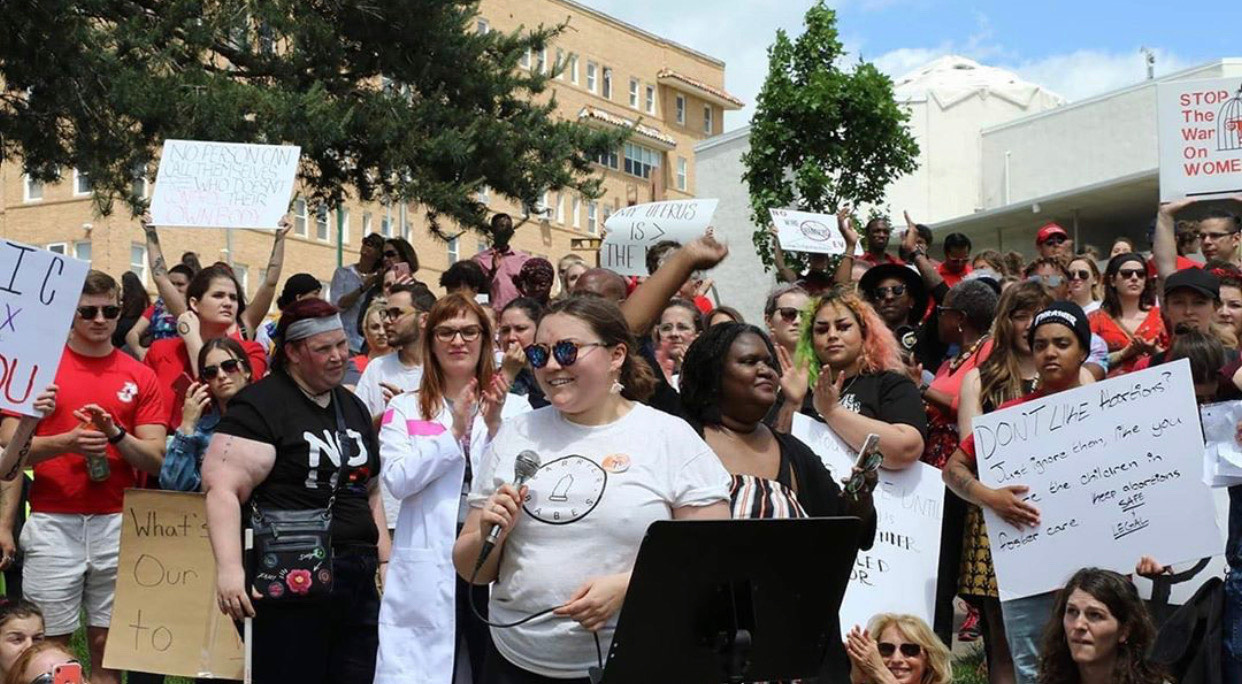 Preventing unwanted pregnancy, understanding consent, and STI education isn’t all that sexual health is made up of. At one later event, Barrier Babes teamed up with Homeless Period Project, shedding light on period poverty and access to menstrual products. According to Global Citizen, period poverty is “the lack of access to sanitary products, menstrual hygiene education, toilets, hand washing facilities, and waste management.”

Womack also sees that having a period can also stop people from being able to go to work or school. The luxury tax on menstrual products can reach 4.2 % in Missouri, and makes them so expensive that people cannot afford to purchase them, which takes away the dignity one might have from being able to purchase these necessary items on their own. This puts huge walls up for any menstruating person in our state, especially considering periods are not something that can be halted or controlled. Barrier Babes began also collecting different period products like liners, tampons, pads, menstrual cups and more and has been giving these products directly back to the community.

By creating a relationship with the Kansas City Public Schools Board of Education, Barrier Babes has been providing period packs to be held in the nurse’s office at the schools in the district. This way, if a student is wanting to talk privately with someone, their boundaries can be respected and they can be given space to discuss which options are best for them, and how to use them. Womack acknowledges that this can be even more difficult for children at home experiencing puberty. “You never know a kid’s home life.”

While bills have been passed in some schools to make period products readily available, Missouri still does not have the resources to do so. Periods have not stopped because kids are not going to school either. So when the KCPS announced they would be hosting a food drive for students in their areas, Barrier Babes immediately reached out to help.

They donated over 1,200 period products to be picked up as people came to collect food. Womack is so proud to be a part of this community and she credits the people in it for these donations.

“The community has been giving to us,” Womak says, “and we have given back to the community.”

Visit barrierbabes.org if you’d like to contribute towards their mission.