Sylvester Brewster, better known by his barber moniker, Sly Huncho, got his start cutting hair for friends out of his dorm room at Missouri Southern State University. In just a few years, Brewster has amassed well over 2,000 clients—plus 27 million YouTube views, 47,300 Instagram followers, and 450,700 likes on TikTok.

His journey began in 2017, when Brewster had been featured as one of Kansas City Star’s Top High-School Scholar-Athletes. After graduating from Grandview High School, he had plans to accept a football scholarship from the MSSU Lions that fall—though a part of him was still grappling with that decision.

“I was thinking about the future, like, ‘after college, I’m gonna have to pay back these loans.’ I decommitted [from football] and joined the Army Reserves,” Brewster says.

Brewster chose to attend Missouri Western to pursue his academic goals, while scholarships and his ROTC duties helped him afford tuition. 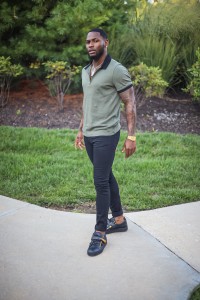 The summer going into his sophomore year, Brewster’s sister, Sabriah, taught him how to cut hair. His passion and ambition for the craft would only continue to blossom from there.

“My sophomore year, it was when I decided like, ‘yeah, I can really go somewhere with this.’ That year, I’d moved from a small two-person dorm to a four-person suite with a living room and large bathroom where I set up a mini barbershop,” Brewster says.

It wasn’t long before Brewster’s upstart began attracting attention across campus and on social media.

“I’d have like two or three people waiting for hours to really just come and get a cut. At one point I set up a camera and tripod. I would use my phone to record the haircut while I was cutting,” Brewster says.

When COVID hit, and MSSU sent students home to work remotely, Brewster’s business would begin to boom, thanks in part to his social media savvy—particularly on YouTube, where he has 32.4 thousand subscribers in addition to nearly 30 million views.

“It took me a while to start getting paid, but eventually I did start monetizing it,” Brewster says. “At first, we had some problems with the copyright stuff, but now the editing is probably the hardest part. You have to really sit down and take the time to get it done.”

The pandemic naturally changed the way barbers interacted with clients during.

“Everybody’s prices really went up, because it’s more of a risk factor now. Like, if you cut somebody’s hair, you’d better make it worth it,” Brewster says. “So at first, I wouldn’t cut for like two months, because I was hesitant like a lot of people were at the time. When I came back, I felt like my business started picking up even more because everybody needed a haircut, or their barber wasn’t cutting. So it just brought me more clientele.” 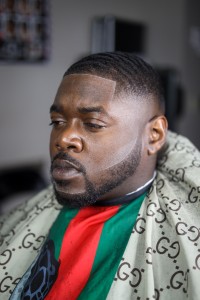 After earning his degree from MSSU in the spring of 2021, Brewster is now cutting hair seven days a week and operates his own business, Head Huncho, selling headwraps.

He is at his busiest on Fridays and Saturdays, where he will cut anywhere from 25-30 heads a day at a base rate of $150 per house call. On weekdays, he’ll take around a dozen appointments per day.

“On Fridays and Saturdays, I’ll start at like 5:30 a.m. on get down to like 10 p.m. There are really no gaps. I’m usually booked up all the way until the next day,” Brewster says.

Brewster uses the Styleseat app to book appointments, where he is currently averaging five stars based on 426 reviews.

Wherever his passion takes him next, Brewster makes a point to thank his sister for showing him the ropes and his mother, who raised three children on her own.

“My sister was my mentor, she always pushed me to make me go harder. She basically paved the way for me. To make my family proud, that means everything,” Brewster says. 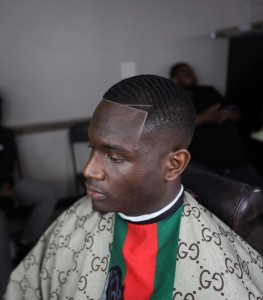 Willie Gay, Chiefs linebacker and one of Sly’s clients 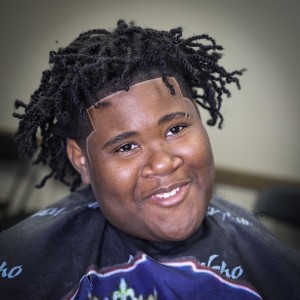 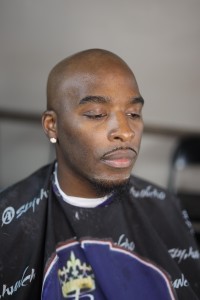 Hitman Holla, a celebrity on wild n out and one of Sly’s clients 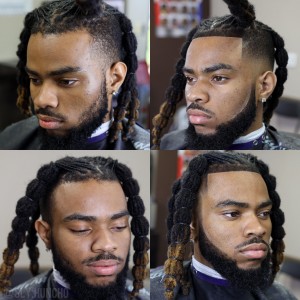 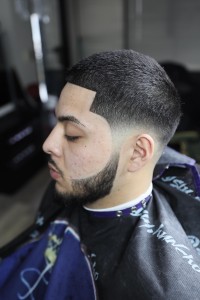 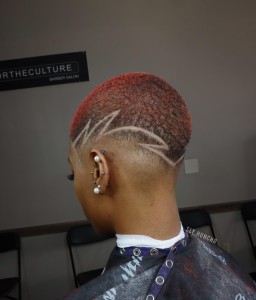 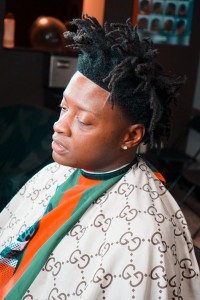 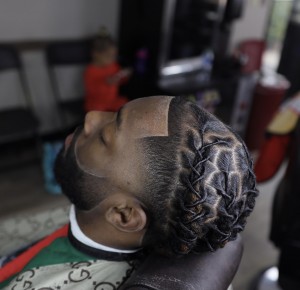 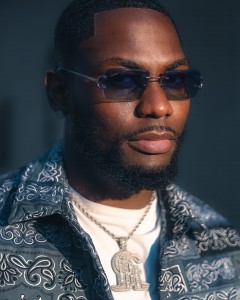