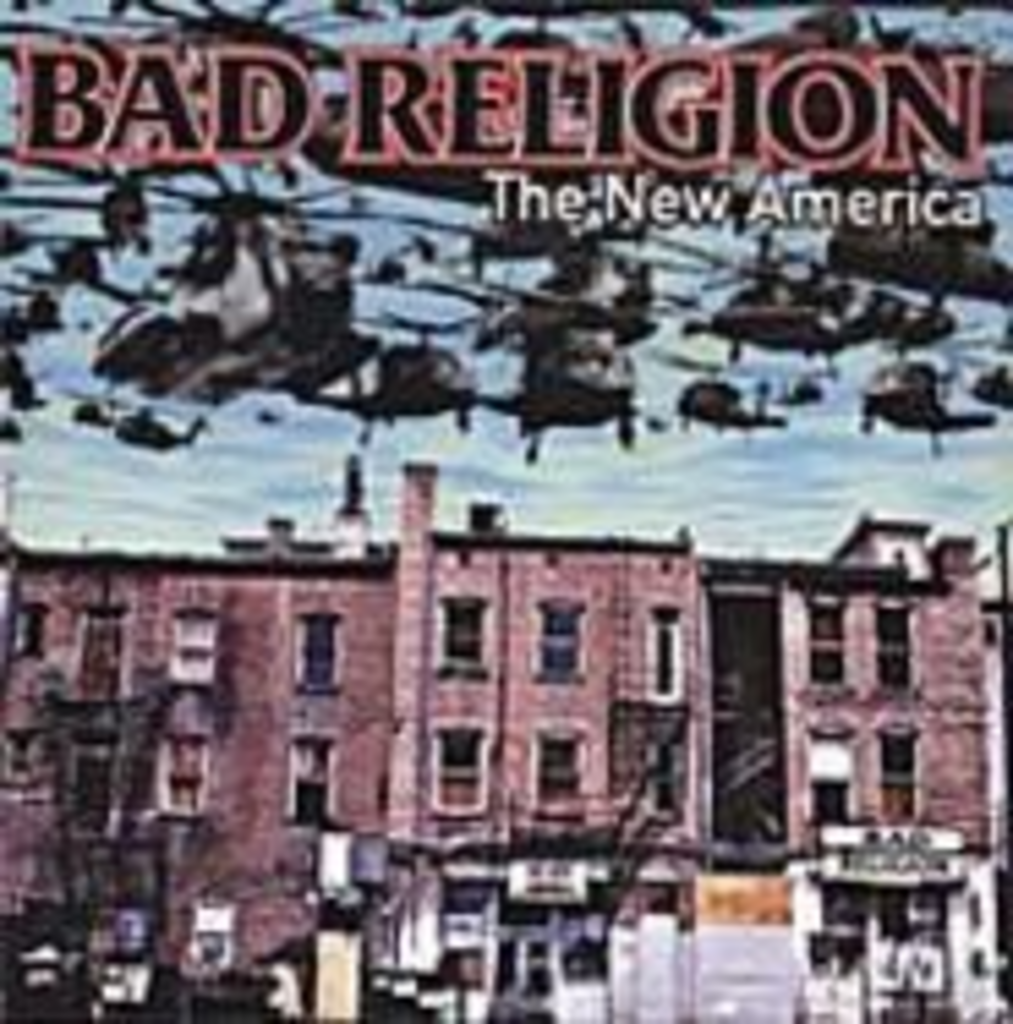 On a rather memorable Simpsons episode, Homer attempts to watch a football game, but all he manages to do is catch a halftime performance of the touring teen group called “Hooray for Everything.” From the first listen to Bad Religion’s new Todd Rundgren-produced album, The New America, it sounds as if frontman Greg Graffin was once a member of this cartoon collective. As a challenge from the band’s producer, Bad Religion produced a Pollyanna punk rock record filled with hope, love, and positive reinforcements. Just as there is no crying in baseball, there really isn’t room for happy-go-lucky punk music. Such songs as “You’ve Got a Chance,” “Don’t Sell Me Short,” and “Believe It” all sound like those ghastly self-help Successories put to music. It’s wrong. Really, really horrifyingly wrong. Bad Religion has been slipping for quite a while (ever since 1993’s Recipe for Hate), probably traceable to signing with mainstream label Atlantic, but this is truly the last “hooray.” Next thing you know, Bad Religion will find God, and the world doesn’t need another MXPX.