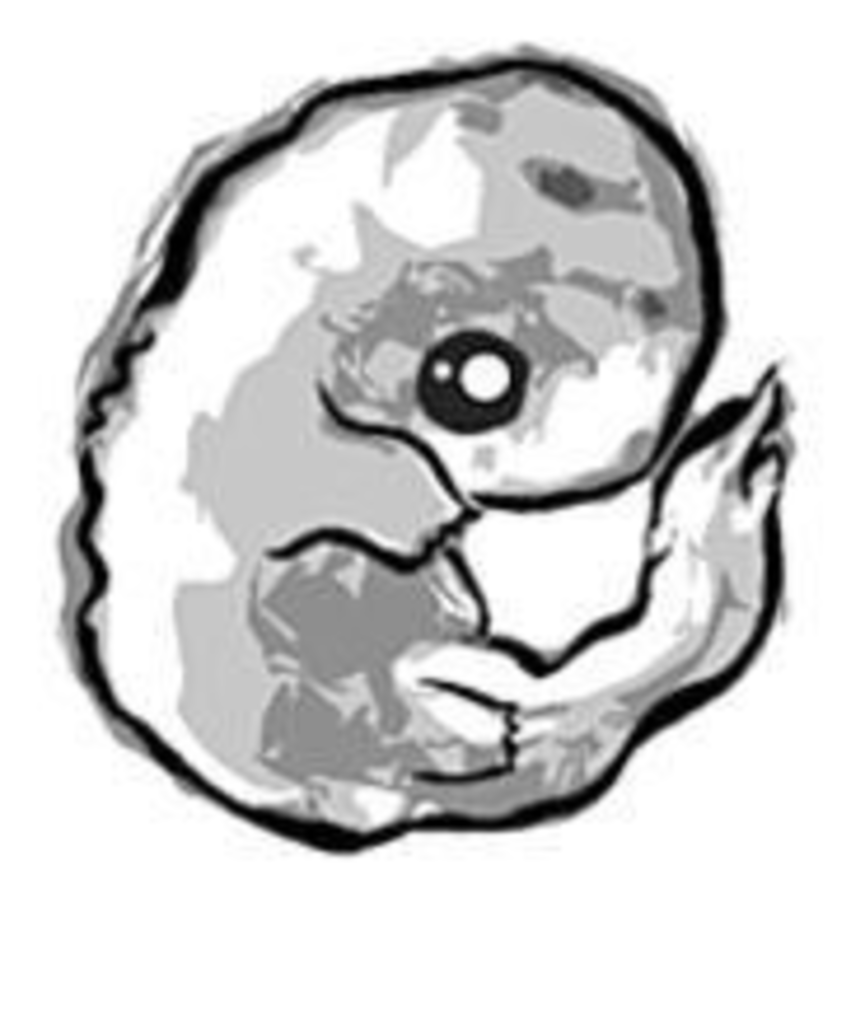 Hey, kids, Jimmy the Fetus here, your guide to moral values in the Midwest, showing us all that what we learned in Sunday school really matters.

I know Richard Gere and President Clinton and Leonardo DiCaprio say we should give a lot of money to help the tsunami victims. But Mom says all three of them are fornicators, and besides, the Thais and the Indonesians and the Sri Lankans weren’t sending money to Florida after the hurricanes hit last year, so how come we owe them something? She has a point, I guess. But I don’t know. Leo is so hot.

Remember what the Bible tells us: “The hands of compassionate women have boiled their own children; they became their food in the destruction of the daughter of my people.” Actually, I’m not really sure what that means. But I think it’s pretty clear that your mother’s understanding of the world and its peoples could probably do with a little expansion. A couple of weeks in Banda Aceh with a bad case of diarrhea and no source of hygiene products right about now might do the trick. After just a few times getting trampled on the way to the U.S. Army helicopter for a handful of rice, she might start to see things differently. Or at least she could bring herself to watch The Aviator without obsessing on the sex life of an overrated midget like DiCaprio.

Got a moral quandary? Email Jimmy at editorial@pitch.com.

Threads
Off the rack and on the town.

Bud, the Pitch‘s fashion expert, watches three stocky guys circle a pool table and swill from plastic beer cups. Big-screen reflections make a kaleidoscope out of the shooter’s belt buckle, a 4-inch replica of a car rim spinner. Two of the guys are wearing shirts with the front tails tucked in and the back untucked.

“It’s the shirt form of a mullet,” he says. Carefully positioned to look casual, the tuckket meets basic mullet criteria: business in the front, party in the back. Flaunted in the mid-’90s by fratters looking to boost awareness of their packages, the tuckket has since been adapted as semiformal thug wear.

Bud approaches the trio and offers a round of drinks. They report they are already eight deep. All three work service-industry jobs in Kansas City, but they’ve come to Lawrence to celebrate a hometown friend’s graduation. They offer an unintelligible shout-out to their alma mater, a Leavenworth high school.

“You always got to coordinate,” says Ron, 21, who wears a blue polo over a red long-sleeve. He’s accompanied by Dustin, 23 — red polo over a white long-sleeve — and Tyler, 21 — backward white cap and a white V-neck T-shirt untucked all the way around. Ron and Dustin share the same porcupine hair style; Ron and Tyler front silver hoop earrings and identical white sneakers.

Tyler says he’s outgrown the half-tuck, but the look helps address women’s secret concern about men: Do his kicks and the belt match? “It’s just something to pimp bitches,” Dustin clarifies. “‘Tween us three, we should be able to knock out the whole town.”

The guys offer guidelines for tuckket wearing. The shirt must be tucked in completely for someplace really fancy — a wedding or a Plaza bar. The shirts they wear are oversized, lending them a jerseylike quality if they’re not tucked in. “If you had your shirt untucked, you’d look like a gangsta,” Ron says. All three speak solemnly of a friend with a penchant for oversized jerseys and gold teeth. He hasn’t gotten any action in forever.

“Girls up here, they don’t like gangstas,” Ron continues. So they try to keep their attire simple but sweet. No greens. No purples. So far tonight, a hot brunette and a hot blonde have stopped by to chat.

Ron sips a rum and Coke and leans back, spinning his bling buckle. The piece cost him $12 at Pacific Sunwear. “It’s about a 7-inch,” he says exaggerating the size of his crotch accessory. He’s been spinning his dub at chicks all night, but so far no one has reached in to offer a hand.

On any given night, the tuckket allows Ron to show off other crotch-level accessories. He has another buckle that doubles as a bottle opener. It cost him $40, but it’s mostly for show. “It’s not detachable,” he says. He can’t seem to pop bottle caps without wetting his pants.

He says he’s been trying to convince his buddies to get groin adornments, but so far there have been no takers.

“Kansas, as Big as You Think” is the new slogan for the Sunflower State. Here are some of the slogans that were rejected:

10. Kansas: What’s with all the Mexicans around here lately?

9. Kansas, as boring as you think.

5. Kansas: The place you pee on the way to Colorado.

4. Seriously, our state is nothing like that shitty ’70s band.

3. Kansas: We won’t think twice about building another mall.

2. Come to Kansas: The place interesting people leave and go on to do great things.

1. Kansas: We’ll get you one way or another … and your little dog too!

From “Tony’s Kansas City,” the media blog of Antonio Botello.