Babylon’s Hollywood excess dazzles until it fizzles out hard 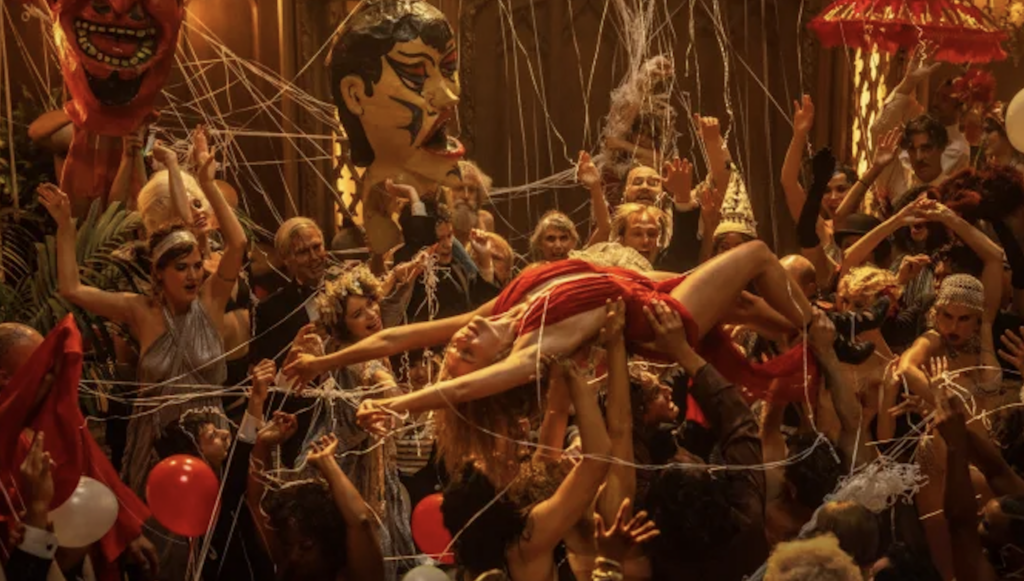 At the end of each year, it’s always interesting to see what trends led the way in films. 2022 saw a focus on acclaimed directors looking back on a love of film for inspiration. In some cases that was a window into exploring their place in the world (Bardo), examining familial strife and burgeoning creativity (The Fablemans), or using their formative movie theater years as a starting point for a larger love letter to the medium (Empire of Light).

Damien Chazelle’s ode to 20s and 30s Hollywood, Babylon, covers a period he certainly didn’t live through. However, that doesn’t stop him from generating a three-hour epic covering the well-documented excess of drugs, fame and wild parties of the time. Oddly, even with all that debauchery, it only manages to be captivating a third of the time.

Jack Conrad (Brad Pitt) is a dashing silent film star. His triumphs onscreen and off rival Charlie Chaplin and Douglas Fairbanks. Nellie Le Roy (Margo Robbie) is a cocaine-addicted firecracker. Thanks to timing and her insatiable desire for fame, she might be the next ingenue. Trumpet virtuoso Sidney Palmer (Jovan Adepo) wants to claim the spotlight. Everyone has a foot in the door already but Manny (Diego Calva), whose head is firmly in the clouds. Manny simply wants to be on a movie set, content to watch the magic happen.

Much like the drug-fueled roustabouts he follows for the first hour, Chazelle and Babylon eventually hit a wall. The film shifts from exciting to languid and occasionally sleep-inducing as it veers into the more mundane aspects of stardom and studio work. It’s as if someone told Chazelle he needed 20 minutes of filler between every cinematic freakout. 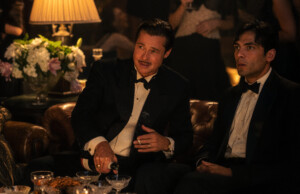 Performance-wise, this is best embodied by Pitt’s Conrad. The character of an aging star who senses their time is fading is nothing new. However, it makes him a suitable audience surrogate. The rest of the actors are competent without being that moving. Robbie is solid as always, putting another spin on the manic waifs she’s spent half her career playing. Calva is dwarfed by her energy whenever they share the frame. He looks like a laboratory gene splice of Raul Julia and Javier Bardem, but feels like a blank slate.

Whenever Babylon sets its mind on unbridled lunacy, it’s a thrilling sight to behold. Adopting a go-for-broke mentality allows set pieces a ballsiness most studio films would balk at. These include a dizzying 30-minute piece dedicated to the inner workings of a studio, someone projectile vomiting for a minute straight, two people fighting a rattlesnake, and a descent into the seven circles of hell, conveniently located under the Hollywood Hills.

The same verve for embracing the weird or unwieldy is lacking when it comes to more serious topics. Suicide is handwaved away as an inconvenience. The Great Depression is never acknowledged or addressed. Same goes for the handling of racism, which is mostly contained to a scene involving blackface, yet is wholly disregarded other times, where derogatory slurs are casually tossed about as if there isn’t a problem.

Though it contains several dazzling sequences that flirt with insanity, Babylon never comes across as a complete package. Judging by the coda, however, Chazelle seems to feel otherwise, if the self-congratulatory montage-heavy coda is anything to go by. Babylon feels like a stark reminder that just because something is done with a great deal of excess doesn’t mean the result will be something of quality or substance.