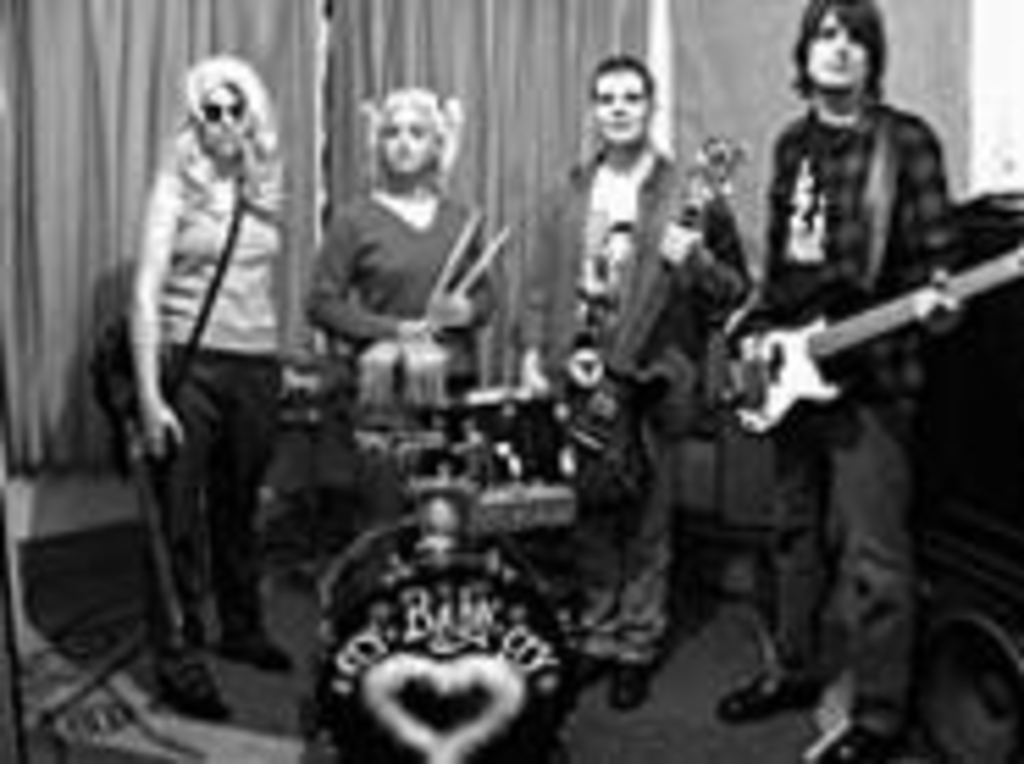 In the old days, people actually danced to live music. Now, with the exception of gentlemen’s establishments and awkward “Look! I have not lost it! I am down with the kids!” parental displays at wedding receptions, rock elicits next to zero dancing. Perhaps this is due to the inception of the Indie Rock, a slight movement of the head with arms crossed in front of one’s chest. Simple yet lame, this qualifies as a dance of some sad variety. Other genre-related steps, such as slam-dancing and moshing, are equally graceless. These are hardly the moves that Kevin Bacon, all Footloose and fancy-free, busted seventeen years ago. What the world needs now, it seems, is Cry Baby Cry and its Fast-Assed Sumbitchie.

“That was my attempt to create a national dance craze,” vocalist/guitarist/keyboardist James Brady says of both the Fast-Assed Sumbitchie and the song that bears its name. Instructions on how to perform this maneuver — which involves fist-pumping and toe-tapping and twisting and hip-thrusts and whatnot — appear in the liner notes to Cry Baby Cry’s debut record, Jesus Loves Stacey. (On the title track, the group depicts Jesus as a quick-talking, street-savvy guy offering a naïve girl survival tips — Oh Stace/I also brought you some mace/If you ever need to use it/Shoot for eyes or the face.) Quirky and eclectic, the quartet smooshes together all kinds of rock while preserving an ear for fuzzed-out melodies. Only rarely does the beat fail to launch an assault on the feet, a condition that softens the impact of the songs’ enigmatically caustic lyrics. (See the deceptively danceable “Calling Out,” on which the narrator relates the story of his grandfather’s death, including the morbidly humorous passage It seemed kinda strange/I mean that he’s really old/It makes a comical passage when it’s properly told.)

But despite all its memorable hooks and clever wordplay, which immediately inspired a bounty of positive press, Cry Baby Cry’s pet project hasn’t yet soared to macarena/lambada-sized heights. “Because the record just came out, people have not had time to study and master the intricacies of the Fast-Assed Sumbitchie,” Brady says. “We’re hoping for some kind of film where there’ll be a love story but one of them just really wants to dance. They’ll have a competition, something like that.”

Should a film deal somehow fail to materialize, however, there are still options to consider. “Maybe a variety show, I think, because you really want to make the most out of it,” Brady says. “Look at Chubby Checker. Man, that guy has ridden ‘The Twist’ for fifty years. Every song he ever wrote had the word ‘twist’ in it. That’s what we’re hoping for, that kind of longevity with the Fast-Assed Sumbitchie.”

Cry Baby Cry’s career has spanned two years thus far, although its members have been part of the Washington, D.C., scene for much longer. Brady, who was playing in the band Trusty, met Cry Baby Cry’s other future vocalist/guitarist/keyboardist/songwriter Kathy Cashel when she was playing in the Norman Mayer Group. Eventually, the group enlisted drummer Jenn Thomas, who had served time in countless D.C.-area bands, and bassist/keyboardist Drew Sutter, about whom Brady had nonmusical reasons to feel warm and fuzzy. “Drew used to come in and eat at the restaurant, and I knew him as a good tipper, which made me excited to have him in the band,” the erstwhile server recalls.

Though there are two distinct songwriters in Cry Baby Cry’s fold, the band’s sound remains consistent throughout the disc, with the major differentiating factor between Brady’s and Cashel’s output the lyrics. “Kathy writes lyrics that are more personal,” Brady says. “Mine are generally straightforward, like, ‘Oh, my granddad got sick and died,’ or something like that.”

While Brady and Cashel pen the words and originate the melodies, Brady says that writing in Cry Baby Cry is very much a collaborative effort. “Everyone puts in their ideas,” he says. “Me or Kathy will come up with the framework of the song, and then everyone else will start working on it, and things will change. Someone will suggest switching parts around or tinkering with the arrangement.” At this, his voice becomes louder, and his tone becomes stern. “Then, because of this fucking democracy thing, you have to take it. You work on these songs for months, and they tell you, ‘Oh, let me change it.’ No!”

J. Robbins, who fronts Burning Airlines, produced Shiner’s latest disc and once played in a band with Thomas, added another voice to the collaborative process for Jesus Loves Stacey. Together, they recorded basic tracks at Inner Ear and Phase Studios in D.C. before returning to Cry Baby Cry’s practice space to complete vocals, overdubs and what Brady succinctly terms “weird percussion stuff” in a bid for variety.

“We wanted to make it so that every song would stand apart from every other one, rather than doing everything assembly-line style. That makes the songs more interesting” — he abruptly takes on a Valley-girl cadence — “you know, for people to listen to.” Now, if Cry Baby Cry could just get the Fast Assed-Sumbitchie to catch on, that’d be, like, totally awesome.