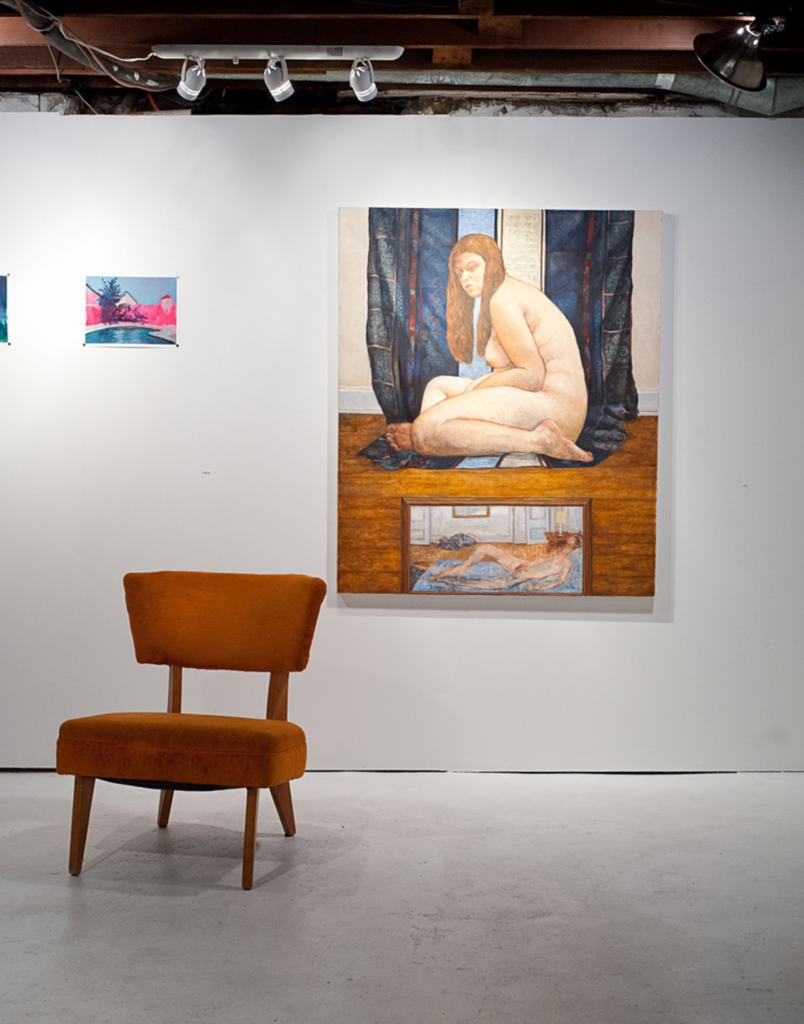 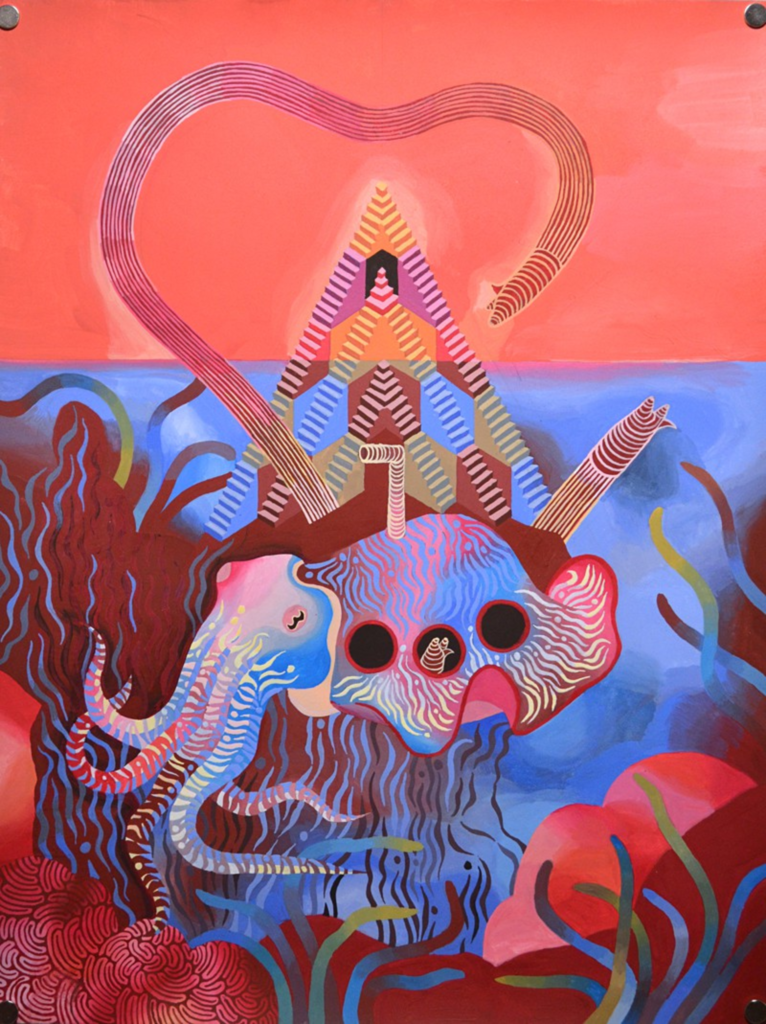 Standing underneath coolly diffuse track lighting, staring intently at artwork encased in expensive Plexiglas and wood hung at regular intervals on white walls, you might find it easy to forget that what you’re experiencing in a museum or a commercial art gallery is a product. Like the socks on your feet or the burrito you just put in your stomach, art exhibitions are produced for your consumption.

Packaging the works on display for an audience — especially when the show is a group exhibition — falls to the curator. It’s a responsibility that Ayla Rexroth, who opened Subterranean Gallery in April 2010, is always thinking about. She has treated each exhibition at this young space as an opportunity to figure out just what it is that a curator does.

Curatorial Studies is Rexroth’s first group show in the exhibition space that she runs in her garden-level apartment. It’s an unorthodox venue, and she has approached this show with some similarly unusual choices. First among these: Rexroth has documented the studio visits leading to the exhibition in photos and writing, a process shared with Subterranean’s audience on the gallery’s website. It’s a good idea: Anyone who takes the time to read the short essays — crafted by Rexroth, exhibitions manager Clayton Skidmore and gallery assistant Melaney Mitchell — is likely to enjoy a deeper understanding of this thing that has been produced for their consumption.

It was during Rexroth’s visits to these artists’ studios that she learned the concepts and processes behind the works she would ultimately decide among when assembling Studies. Rexroth got a feel for the right kind of practical questions to ask the artists: Has this work been shown in Kansas City before? Will it be included in any upcoming exhibitions? Armed with this information — and the knowledge and familiarity that she had accumulated over two years of putting together intimate exhibitions in her own living and work space — she tapped into a strong instinct for consumer-usable packaging. She has arranged these works in a way that highlights specific aesthetic aspects of each and creates meaning for viewers.

Rexroth began her selection process at the H&R Block Artspace’s Kansas City Flatfile exhibition, looking through portfolio after portfolio of artwork by local artists. She then e-mailed 10 artists to set up studio visits. Pieces by seven of those artists ended up on the gallery walls.

Rexroth finds complementary spots for the 13 works, which include paintings, works on paper and a sculpture. The most visually detailed objects in the exhibition — Jaclyn Senne’s tour-de-force painting “Backyard/beach course vacation-planked location with strand-lit courts and towels and iced coolers” and Amanda Gehin’s three gouache drawings on paper — hang near (but not above) a couch. For Rexroth and Skidmore, the sofa is a functional, everyday consumer good; for anyone regarding Senne’s and Gehin’s art, it’s a comfortable perch for the concentration that their pieces demand. Senne’s painting, which depicts a nonsensical architectural structure with equipment or else a practice area for just about any sport or leisure pursuit imaginable (as suggested by the title), is on display within view of the apartment’s bookshelf and record player, hints of the real leisure that goes on here in the hours when the room isn’t a gallery.

Other observations at Subterranean require standing up. The work that demands a kind of intellectual gymnastics hangs in a chairless corner. David Ford’s “Ajuka” is simple in its construction — Ford has placed a pair of cheap plastic headphones on a wooden African mask — but complex and varied in its implications: the music and dance of masquerades, contemporary life versus tradition, shifting technologies, other ideas as well. Hanging next to Ford’s work is a series of four inkjet prints by Paul Anthony Smith, the first three of them scans of a recent Kansas City Spaces fashion spread titled “In Living Color.” Here Smith covers the exposed skin of the female model with black marker, but in the fourth, the model appears unmarked, her image instead cut out and collaged on top of a Boost Mobile ad featuring Young Jeezy. Rexroth tells me that she picked this series fresh off Smith’s studio wall — it is what he was working on when she walked through the door and is a reaction in part to the artist’s frustration with the locally produced spread’s lackluster art direction.

With her installation of Garry Noland’s work, Rexroth demonstrates just how canny she has become at working around the limitations of her basement space. Noland’s nine colored-tape works on paper occupy the same wall as the basement apartment’s copper pipes — a place that turns out to be a smart spot for Noland’s pieces, given how the curving line of the edges of his organic forms relate to the spindly lines of the copper tubing. Together, those lines contrast the blocky geometric shapes inside the compositions.

If you talk to Rexroth — as you must in order to see the exhibition, which is open only by appointment — she may tell you that Curatorial Studies has two components: the curatorial process made transparent through the website and the installation of the works themselves. A curator filling a more traditional space might have indulged in the parlance known to anyone familiar with the usual well-intentioned artspeak, might have said that these works have been arranged this way to “create a dialogue.” Rexroth does indeed achieve just that with her installation. But the visual language of her installation and the verbal language of its website are approachable, and she has broadened the conversation around this show. Personal interaction is an important part of the package.

Curatorial Studies lets the audience listen in on her exchanges with artists in the studio, and the result is something that’s not hard to follow and easy to think about later, too.