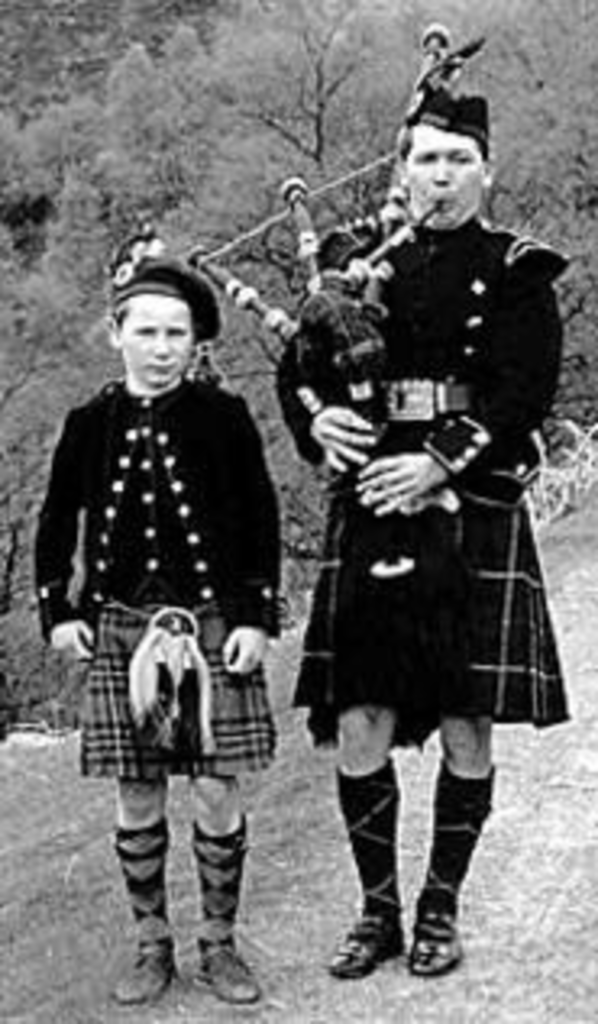 Ask Ken “the Captain” Eller why he’s called “Piping’s Ambassador to the World” and you can practically hear him blush through the phone line. “You know,” he says, then stammers, chuckles and sighs. He finally admits that he doesn’t know exactly where it came from. The best he can figure is that maybe it has something to do with the fact that he teaches bagpiping to students in Alaska, South Africa and at least half a dozen points in between. Ya think?

Don’t let his aw-shucksing fool you; the Captain has played the pipes for nearly fifty years. For the past ten years, he has played with the 78th Fraser Highlanders, which, as Cliff Davis of the Midwest Highland Arts Fund explains it, is the piper’s equivalent of “being with the Rolling Stones.”

Though he’s not much for blowing his own horn, the Captain has mad chatty enthusiasm for the bagpipes. They’re unfairly pigeonholed as dirge and martial instruments, he insists, when bagpipe music actually runs the gamut from lighthearted folk to a category of classical pieces called ceol mor. The problem, Eller says, is that the bagpipes take about fifteen years to master. And because they work on a different scale, they don’t blend well with standard orchestral instruments. This, he says, makes them seem “somewhat singular — aloof.”

The pipes have chosen their ambassador well. Though he may be somewhat singular himself — balancing his devotion to this quirky instrument with, among other things, ironman triathlons and a career as college math and computer-science teacher — when it comes to expressing his love for all things bagpipes, the Captain is anything but aloof.

This Saturday, he’s the host of Winter Storm III: The Pipes and Drums Concert. The show includes a performance by the Kansas City Highland Dancers. Hurry and get tickets, or you might end up exiled on Main Street.