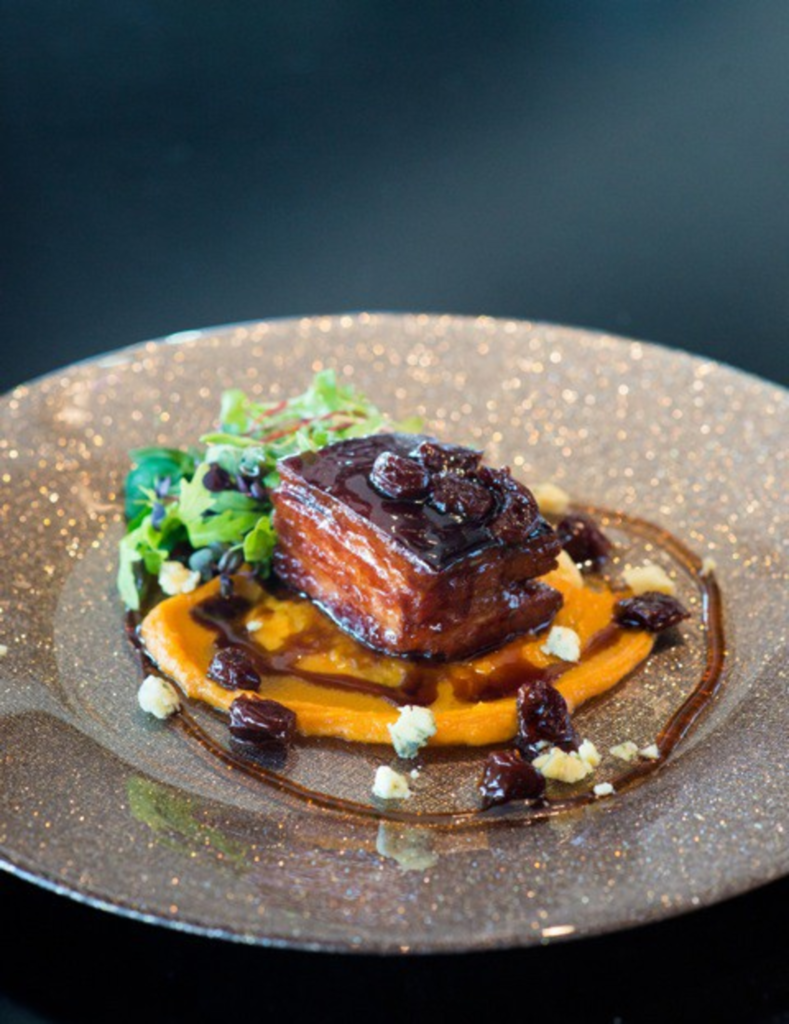 Joe Birch has nothing against cherries-jubilee ice cream. But for eight years, the chef and restaurateur hoped that his neighborhood Baskin-Robbins would go away. He wanted the storefront at 336 West 63rd Street, a space adjacent to Birch’s eight-year-old Avenues Bistro that the ice-cream chain had occupied since 1980.

This year, he got his wish.

After the owner of that Baskin-Robbins decided to move east, to 103 West 63rd Street, Birch quickly rented the 1,200-square-foot area. Three months ago, he began construction on an expanded Avenues, gutting the former Baskin-Robbins with the help of interior designer Eric Negrete. The space is now a wine bar called L’Cove — pronounced alcove — that gives Birch more seating and a sunny space with large windows, which can be opened in balmy weather.

“We couldn’t actually have an outdoor patio or even sidewalk tables here,” Birch says. “The sidewalk is on a steep incline.”

“We added many more tasting plates, which people can come in and share with friends with a glass of wine,” Birch says. “We’ve pared down the number of entrées, keeping the dishes that our regular customers love. But we’ve made the entrée portions smaller, so we could reduce the prices.”

After selling his Leawood Avenues Bistro two years ago (“I got an offer I couldn’t refuse,” he says), Birch contemplated opening a different restaurant, but the chance to expand Avenues and create L’Cove became his focus instead.

“We have a solid regular clientele at Avenues,” Birch says, “but we realize that the millennial generation is much less interested in ordering the traditional dinners — a starter, an entrée and a dessert — than sharing smaller meals at a more accessible price point.”

Birch changed the Avenues menu, he says, “by 80 percent,” adding 14 bistro plates with both meat and vegetarian choices, an array of dips and spreads and flatbreads. More tradition-minded diners still have three steak options, including a meant-for-sharing platter with beef skewers, house-made sausage, three sauces and two side dishes for $46.

“Four people could easily make a meal of that. It’s huge,” Birch says.

Birch says the L’Cove space is designed to attact patrons who want a smaller meal before or after a movie or a concert. The kitchen stays open until 10 p.m. weeknights and 11 p.m. Friday and Saturday.

“Brookside rolls up pretty early,” Birch says. “Our customers can come in for a late meal or a snack and a glass of good wine.”

The original Avenues Bistro dining room — a long narrow space — has also undergone a serious design change. “We’re shrinking the seating in the dining room by 40 seats,” Birch says. “We can do that now that we’ve opened L’Cove. For years, I had to work with what I had, and the dining room really felt congested. By eliminating some of the seats, we’ve not only cut the congestion but we’ve cut down the noise level dramatically. It’s much more quiet and spacious now.”

Birch didn’t add many more tables and chairs to open L’Cove. “I didn’t want a bigger restaurant,” he says. “I wanted a restaurant with 100 quality seats.”

Birch also made significant changes to the Saturday and Sunday brunch menu, adding the option of “bottomless” specialty cocktails for $12.

“We now have five different kinds of Benedict dishes,” he adds. “One is made with falafel instead of English muffins. We’ve also added three more versions of French toast. We’ve now added a cherries-jubilee version that’s amazingly good.”