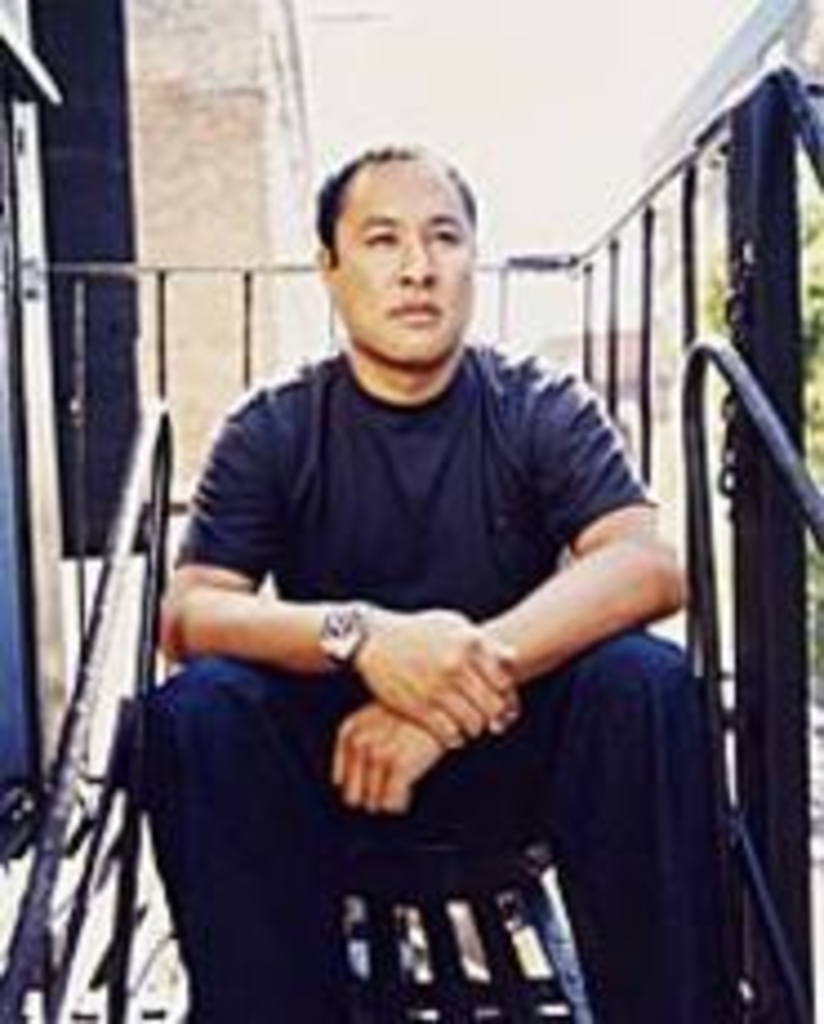 The third foldout panel of the new hip-hop sci-fi extravaganza Deltron 3030 reads, “Damon Albarn appears courtesy of Parlophone/EMI Records Ltd.” And sure enough, the curling British accent of Blur’s lead singer slurs out of the speakers first thing. “We were always coming back,” Albarn drones like someone just revived from a coma. Is this the right disc?

Then the beat starts, and a sampled choir ascends. Finally, two minutes into the disc, Del the Funky Homosapien lets loose the preamble to hip-hop’s dystopic answer to Pink Floyd’s The Wall, or to Blade Runner. Pairing a minimal, spooky backing track with Del’s aggressive flow, Deltron 3030’s “3030” is what Prince’s Sign O’ the Times might sound like with another millennium of destructive technology behind it.

But the winking invitation to “The Fantabulous Rap Extravaganza” that follows is all Prince Paul. And Deltron 3030 is the second triumph of the sound factory founded by Prince Paul and Dan the Automator. Only a year ago, their Handsome Boy Modeling School disc was the rap du jour among hip-hop fans starved for smart irony and smarter sound manipulation.

It’s funny that just when Radiohead, today’s most openly conceptual mainstream music act, is experiencing backlash for the indecipherable — but beautifully wrought — Kid A, hip-hop albums have reached an apex of long-form storytelling without much comment either way. The idea behind Deltron 3030 isn’t especially original, but it follows through brilliantly.

The Automator, Dan Nakamura, isn’t a visionary — unless your idea of vision is finding a way to work alongside your friends without supervision.

“The theme came first,” says Nakamura, 33, from his San Francisco office. “The hardest thing is that a lot of artists in hip-hop don’t take advantage of the moment. We’re looking for an outlet to discuss stuff that’s going on today. Both with Deltron and Handsome Boy, Paul and I had a plan of what we wanted the album to be. We’re both very conceptual, but we have the same sense of humor. And the idea is to work with our friends or people we want to work with.”

Which explains why Deltron is chock-a-block-rockin’-beats with guest stars, mostly Modeling School grads. “I like making records alone, but when you work with people, the interaction means that you get more out of them, and out of yourself.” Still, the product of Nakamura’s studio expertise sounds ordered and thorough, not like a party. Nakamura’s focus is evident in conversation; his clipped, fast speech is polite but hurried, as though Nakamura has a hundred things to do.

Since producing MC “Kool” Keith Thornton’s Dr. Octagon disc in 1995, Nakamura has had plenty to do. After Thornton abandoned the duo’s planned tour several years ago, Nakamura embraced his nickname and began automating releases and remixes from other hip-hop artists and edge-of-the-mainstream acts, such as Jon Spencer Blues Explosion. His sound reflects the New Yorkness of some of his pals, but Nakamura’s approach to projects is West Coast, emphasizing casual working relationships. In fact, for all the seeming intricacy of the Deltron 3030 backstory (an Orwellian gray-visor view of big business as government) — or, at least, for the intimidating list of character names — Nakamura actually works simply and without fuss.

“I use drum samples — always samples, almost never live — to get the backbone,” Nakamura says. Then he arranges a loose song structure with live players; the results are sometimes sampled as though the tape were an old recording, sometimes just laid on the track as is. Or as “as is” as hip-hop, or anything, gets since the advent of Pro Tools.

“The thing with Pro Tools is that you can play the bass part and find the four measures that work,” Nakamura explains. “I’m a horrible bass player, but I’m good for a measure or two. With Pro Tools, that’s enough.”

Nakamura will tell you that he is classically trained on the violin, which gives him “a pretty good handle” on reading music and arranging his work. But if he’s a snob about anything, it’s the power and utility of technology in record-making.

“People can say what they want, but hip-hop grew up with technology,” Nakamura says. “For the sake of argument, let’s say that rap ground zero is 1980. By 1984, MIDI was standard and people weren’t just rapping over a Chic ‘Good Times’ record. But you couldn’t do key programming like you can now. When the Emulator came out in 1981, you’d spend thousands of dollars to get an eight-second sample. We’ve been getting cheaper and longer ever since — the point being, you can bury your head to technology, or you can embrace it and take it where you want to go.

“We always want to submerge the listener in the deep end and make him listen,” he explains. “I want to make records as concepts. I want people to like the whole thing. The record should stand up as more than just the sum of its songs. Especially since everything cool gets copied to death. I think everyone should blaze their own trail.”