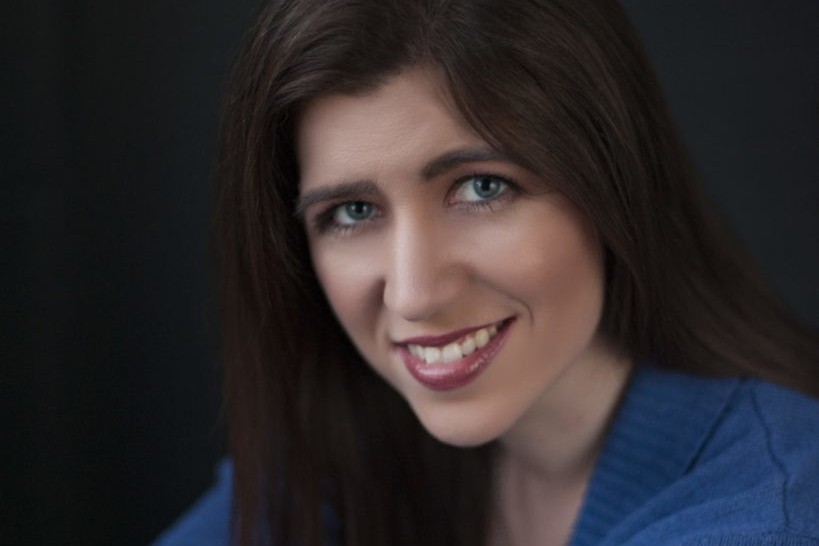 It hit the New York Times bestseller list last year, and was picked for this year’s Big Library Read from Libby. The story of five strangers trapped together during a snowstorm over the holiday season is only too appropriate for reading during the month of December, especially as so many folks are traveling for the first time in ages.

While one might be able to consider it a Christmas book along the same lines of Die Hard being a Christmas movie, this is definitely not a Hallmark film by any stretch of the imagination.

“Definitely, there is some element of stress that happens to a lot of us when we’re traveling over the holiday or we’re trying to connect with people during the holiday,” Richards says. “It’s busier, there’s more traffic, so I think having it over the holiday did add an element to it. Now, also—some of the reminiscing, some of the things she’s going through with grief—they really do resurface.”

Richards herself has lost both parents, and admits that moments of grief resurface during the holidays when you remember traditions that you can’t have any longer.

In her author’s letter for the Big Library Read, Richards notes that she was inspired by her own “terrible experiences with bad winter weather. From the snowstorm that stranded me on the side of a rural highway, to the multi-car pile-up that I feel lucky to have survived, to the ice storm that took out power for a week the night my mother died, winter storms have set the stage for many of my own most frightening nights.”

Though Richards’  writing process for Five Total Strangers is a bit complicated, she works to ensure that every piece she writes hits on common experiences. 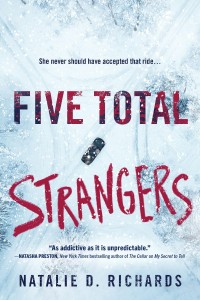 “It’s really interesting,” she says. “Five Total Strangers is my seventh book. I’ve written a mess of them now, and you’d think you’d start running out of ‘writing what you know,’ right? That’s the old advice. I believe in exploring all kinds of things when you write, but the truth is, when we’re reading a great book—especially a great fiction book, we’re connecting to something that feels real to us—common shared experiences or emotion.”

There are circumstances in all of Richards’ books that relate to something personal she’s been through or something she’s been very close to. This book was particularly personal for her because there was a major snowstorm happening when both of Richards’ parents died.

Richards thinks that’s what a lot of writers end up doing. When they say, “write what you know,” it doesn’t necessarily mean writing about being a mayor’s assistant in a small Ohio city.

“It means write about a feeling that’s real to you and your experience,” Richards explains.

Richards laughs and confirms that it’s not quite that far: “I do not have a string of bodies in the trunk of my car. That is a very different kind of writing what I know.”

But storms? Yes. Weather is underrated as a driver of plot, in that one big storm can justify a lot of strange encounters.

“I think if you have encountered a really significant hurricane or a very significant ice storm—the ice storm that happened when my mother died took out power for a week,” Richards says. “We had to delay her funeral. It was so traumatic. It almost felt like the storm itself became a character and I think that was why it was something I always wanted to write.”

Richards wanted to write a book set in a snowstorm because she knew how powerful that atmosphere could be, and how much it could contribute to an already difficult situation. It changes your perspective, she explains. The same goes for traveling in general, she continues.

“I have absolutely met people in airport lounges on my flights, when you’re the only folks in the restaurant, eating alone,” Richards says. “You’re often sitting at the bar and strike up conversations. It’s really interesting, the people that you meet and the perspectives that they share, ’cause they’re all over the planet. I really enjoyed that about traveling and it’s something I desperately missed over coronavirus and I’m so happy the world is beginning to open back up.”

While Five Total Strangers is a book about travelers, it is at heart a thriller, as are the rest of Richards’ books (including her recently-released latest, Seven Dirty Secrets). So, what is the appeal to Richard of writing this kind of fiction?

“For me, writing thrillers is not because I’m a devious soul,” Richards says. “I have no hidden list of crimes or aspirations of nefarious glory. It really, for me, is more about when I was younger and I really needed books. I didn’t have the greatest childhood. I really needed my books to be able to let me walk away from everything.”

For a lot of people, that might mean fairytales or romance, but those really didn’t grab Richards in the same way that a suspense novel did.

“When I was 11, far too young, I read a lot of Dean Koontz books out of my mom’s room,” Richards says with an embarrassed laugh. “Took them into my closet and read them. He is so brilliant. He had this ability to just snag me right out of whatever horrible thing I was going through or feeling and I would be totally immersed in a story because it was scary and suspenseful. I couldn’t think about anything else.”

It was a gift, continues Richards, not because Koontz’s writings frightened her, but because those books let Richards completely walk away from her problems and look at someone else’s.

“I think having that saved my life in many ways and I think that really is the driving force of why I write to this day,” Richards says. “ I want people to see themselves in some places in my books and feel seen and heard. I want people to be able to put everything down for a little bit. Especially now, I don’t think we’ve ever needed that more–the ability to say, ‘I need to walk away from what’s happening in my life, in the world. I need to just put it away for a minute.’ And that’s what I wanted.”