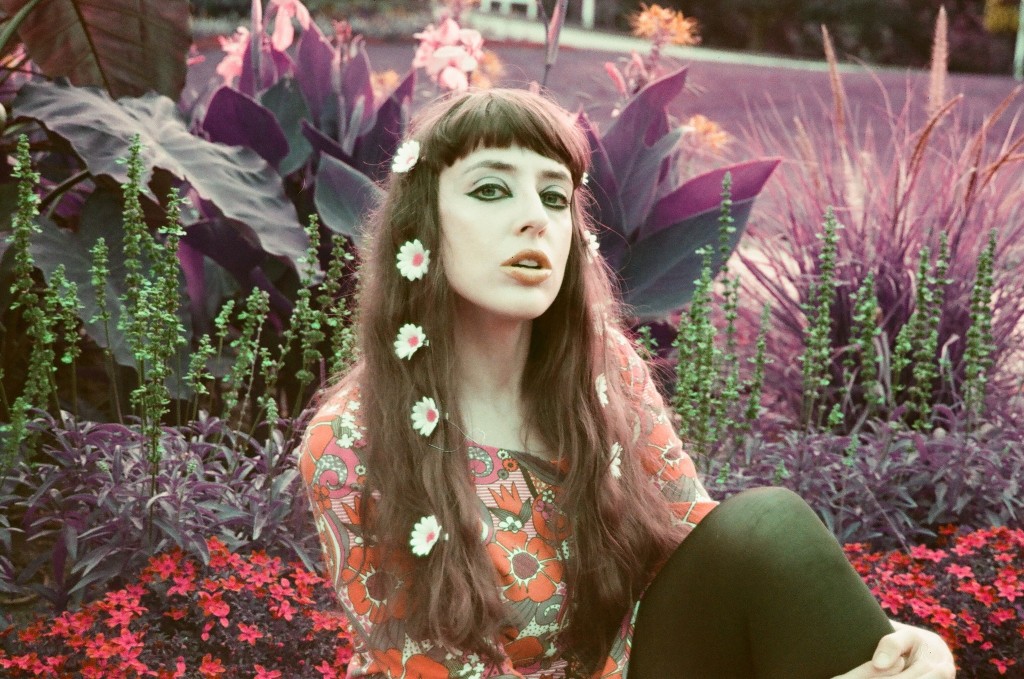 Writer Gwendolyn Kiste‘s new book, Reluctant Immortals (out now from Saga Press), is one which appeals to a wide variety of interests. The story of Charlotte Brontë’s Jane Eyre “madwoman” Bertha Mason and Lucy Westenra of Bram Stoker’s Dracula living as friends in 1960s Los Angeles while dealing with the recently-reanimated villains of the novels from which they sprang covers a lot of ground: classic literature, feminism, friendship, action, and horror all rolled into one compelling novel.

We reached out to Kiste to discuss the roots of her latest book. 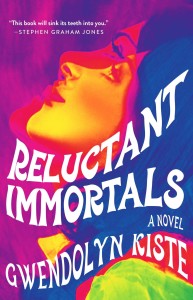 The Pitch: The sense of decay in Reluctant Immortals contrasts so well with the idea of living forever. It’s such a fascinating twist on the undead myth. How did you come up with that?

Gwendolyn Kiste: I love the Gothic and the Gothic is so much about a sense of decay and then—like you said—with immortality, it just goes on and on. I just loved the idea of bringing in those elements of the Gothic and the vampire, and really just exploring those, especially in some places as sunny as California. We often think of California as being bright—very happy—and I thought it would be so interesting to bring this kind of sense of decay to both the 1960s and to California.

What led you to set it during the period in which it takes place? Is it the transitional aspect of that time in culture?

It was such a tumultuous time and like you said, it was such a transitional time. So many things were happening, I felt like that was very reflective of what I wanted to do with these characters. These characters are going through a transition: trying to break out of the past. I feel like a lot of what the 1960s was in opposition to what the ’50s represented or the times before that in America.

Have you always been someone who read classic fiction? It feels like you have a great handle on these characters from books that are a century old at this point.

I’ve known of Dracula and Jane Eyre since I was a kid. I came to them originally through the films when I was young, but then I read the books as I got older and was a teenager and everything. I love the classics and I love how they still resonate and how we can find new themes from them that are still very relevant today.

Which versions of the films, specifically, being as there have been so many?

The first Jane Eyre I saw was the Joan Fontaine/Orson Welles version. I remember seeing that with my dad when I was a kid and just being like, “This is really creepy.” I wasn’t expecting it to be so creepy as my dad’s describing it as, “Oh, it’s about a governess,” and then we’re watching and I’m like, “This is a horror movie.” It was so wonderfully Gothic.

And then with Dracula, it may have been the Universal film, but the first one that really resonated with me was the first Hammer Dracula film with Christopher Lee, Horror of Dracula. That’s the one that I really just remember loving. It was just bright and Technicolor and the blood was all bright red and it was just so cool when I was a kid. I’m like, “What is this? This is great!”

People’s first experiences with these classic characters seem to really form how you approach every other aspect of it. What was the nugget that made you want to bring Bertha Mason and Lucy Westenra together as friends/roommates/avenging angels?

When I first came to the films–my parents were both horror fans. My mom, I remember describing Dracula to me, maybe even before I’d seen it. I would always ask about the female characters and she explained, “There are two female characters in Dracula. Lucy dies and Mina lives.” I remember right away, I was like, “Well, why does Lucy have to die?” I remember just being upset about her.

Then I would see the different versions, and I’m like, for Lucy, “I wanna know more from her perspective,” and then, when I saw Jane Eyre several years later, kind of felt the same way about Martha. We don’t get to even really hear anything from her point of view. Over time, these characters just keep coming to mind for me and being like, “I wanna know more about them.”

I did a couple of short stories that were completely separate, but short stories from their perspective. When I went to start my third novel, I was like, “I’d really like to know more about these characters.” I’d written the short stories and I thought, “I really want to know more about both of them and let’s put ’em together.” They both are these forgotten Gothic female characters and it seems like it would be really interesting for them to be together and be able to commiserate on what’s happened to them.

You contributed a story to Behold the Undead of Dracula: Lurid Tales of Cinematic Gothic Horror a few years ago. The idea of combining cinematic and literary horror feels like a thing that’s slowly becoming more common, with the recent novels from Grady Hendrix and Steven Graham Jones really leaning into it. Is there an appeal for you in combining movies and literature?

Absolutely. I love it. I absolutely love it. I think it’s such a natural fit. And like I said, I came to a lot of horror originally from movies and I was an independent filmmaker for a number of years. I have some background in screenwriting, so absolutely, I love that. It really makes me feel like I can bring everything that I love together as a writer and then, of course, I love reading all of these different works that are bringing in these elements of film into fiction, which I just think is great.

The concept of mold and decay has been cropping up in a lot of horror novels we’ve been reading recently–Silvia Moreno-Garcia’s Mexican Gothic and Clay McLeod Chapman’s Ghost Eaters, to name a couple–making us curious as to what’s in the air. Any ideas?

I do think that there’s just such a love of the Gothic. I always come back to that, especially for horror writers. Also, I feel like a lot of us are seeing the decay of the world around us right now, so I feel like maybe that’s part of it. They always say that horror makes a comeback when things are a little bit more unstable and I feel like that’s very much true right now.