At Telephonebooth and the Late Show, the rites of refuse 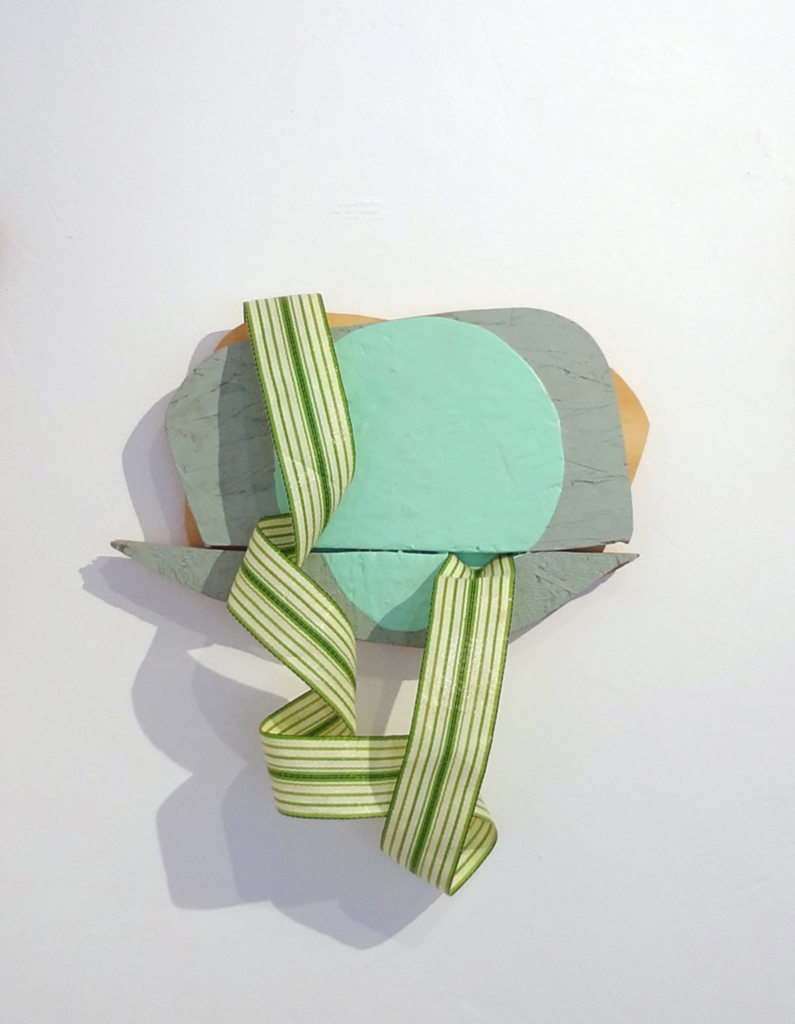 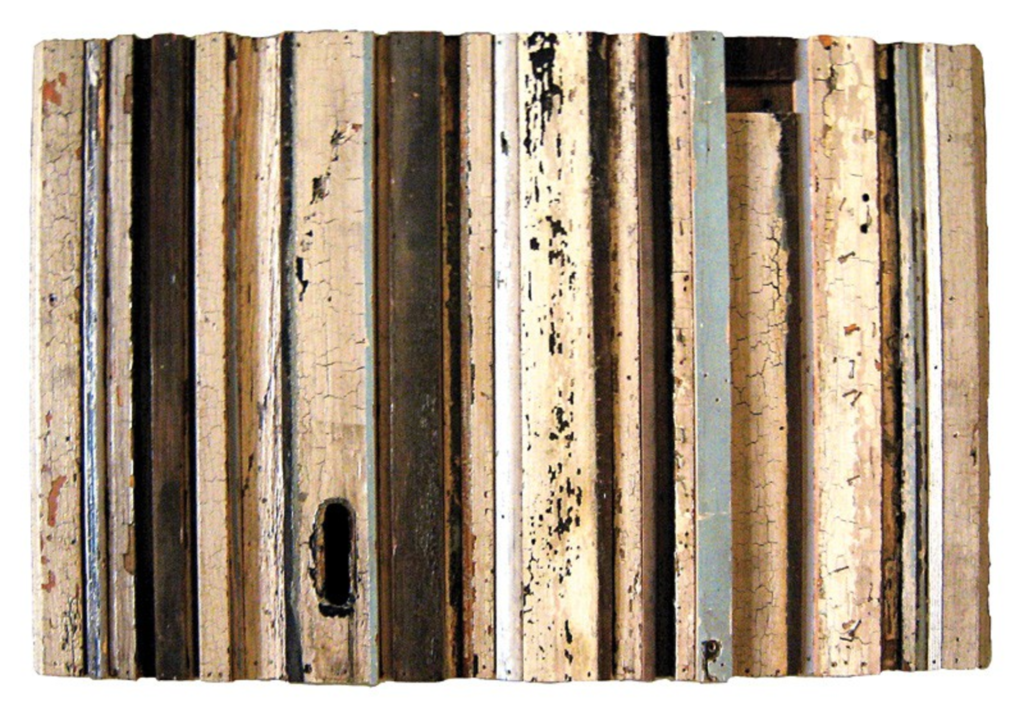 At first look, you might think that Katherine Perryman picks her materials based not on what they look like but what they do — or what she suspects they might do.

Playfulness and unpredictability form the basis of her methods. She’s confident enough to allow her materials to take over by choosing forms that highlight the ways those materials behave (or adopting unorthodox and sometimes destructive processes to observe their responses).

She has started sculptures, she admits, by “dumping a bucket of paint on a form, setting it on fire, or sawing something in half.”

It’s not the usual trial-and-error approach, then, but something more aggressive and impulsive. Yet the works in Residue and Extraction, Perryman’s fascinating solo show at Telephonebooth, don’t feel improvised or stumbled upon. Her abstract, often candy-colored wall-hanging sculptures instead convey the decisive motion of her technique while offering absorbing cross-sections of it. The pieces seem caught in the midst of change, frozen midevolution.

“I try to strike that balance with a level of freshness to make the work feel like it just happened, or like it’s just about to fall apart,” she says.

She finds that balance in “Spinster,” a work that’s also a good example of the sheer entertainment available from her sculptures. Examining them, you feel an urge to guess the steps she took in their construction. My guess is that, for “Spinster,” she laid an afghan over a wooden backing after dipping the bubble-gum-pink, netlike blanket in latex paint. Under the added weight of the paint, the acrylic yarn stretches and hangs lower. The dried paint encases the crocheted fabric in a thick, white-chocolate-colored shell.

Perryman stocks her studio — an “island of misfit materials,” she calls it — with detritus. It’s full of bits rescued from the clearance bins of hardware, fabric, surplus and dollar stores. She picks up what others cast out: an afghan, for instance, or a metal-frame lawn chair.

The latter, an old-school backyard staple, has given part of itself to “Whistle.” A green-and-white polypropylene-fiber strap from the seat twists around and around itself as it spills out of the top of a plywood form, looping up again to end in the crevice bisecting the wood. It resembles a tongue — one of several times that Perryman implies human anatomy here. In other pieces, pantyhose look like intestines, hanging fabric calls to mind sagging breasts, and latex paint resembles skin.

“I’m interested in the synthetic and the organic together, instead of those being separate entities,” she tells me.

In “Bones and all” narrow strips of felt fall limply over the lip of an oval-shaped form. Pale peach on the inside and lined with a blue-and-white ridge not unlike the puffy edge of a pizza crust, the shape recalls a mouth (or a number of body orifices, for that matter), with the long, thin strips of felt suggesting stray hairs.

“Bones and all” is Perryman at her most grotesque. Yet the color palette is undeniably cheerful, and the shape is flat-out funny. Disgust, humor, glee — these responses are byproducts of the artist’s unselfconscious working methods. Her offbeat process makes each new look at these pieces unpredictable. You don’t know quite what she has done to her treasure trove of trash or how you’ll react to the results — other than with some delight.

For the October exhibition at the Late Show, gallery owner and self-described “art pimp” Tom Deatherage matches two artists with an eye for the overlooked. Mark Westervelt makes art out of dried paint scraps that have fallen to his studio floor, while Colby K Smith gives discarded building materials a second life as wall-hanging sculptures.

Westervelt calls his peculiar medium “paint skins,” and the ones on display here are downright charming. Each of the 41 intimately sized collages on paper depicts a figure (most often solitary) against a blank background. Assembled from simple silhouettes of arms, legs, torsos and heads cut from the swirling-patterned paint chips, the androgynous figures contort themselves into positions difficult to execute comfortably in real life. Some walk on all fours like a dog, and others lie on their backs, legs akimbo, or perch on a single appendage, striking a shaky balance. Using tiny marks, Westervelt bestows his paint people with distinctive facial features. A few appear to wear masks or have mythical half-man, half-beast attributes.

Smith combines bits and pieces of abandoned building materials into compact sculptures the same way a poet arranges words to create a sentence. Smith’s talents lie in choosing and arranging. He seems to have a thing for stripes and rectangles. Many of his 12 sculptures feature vertical bands arranged side by side at right angles. At times, his work is almost camouflaged by the Late Show’s corrugated-metal walls, but the simple forms allow his materials to shine. Carefully selected and placed in close proximity to one another, the timeworn surfaces of his wood, drywall, screens and veneer really sing.