At Plug Projects, Brandon Juhasz hears you asking for more 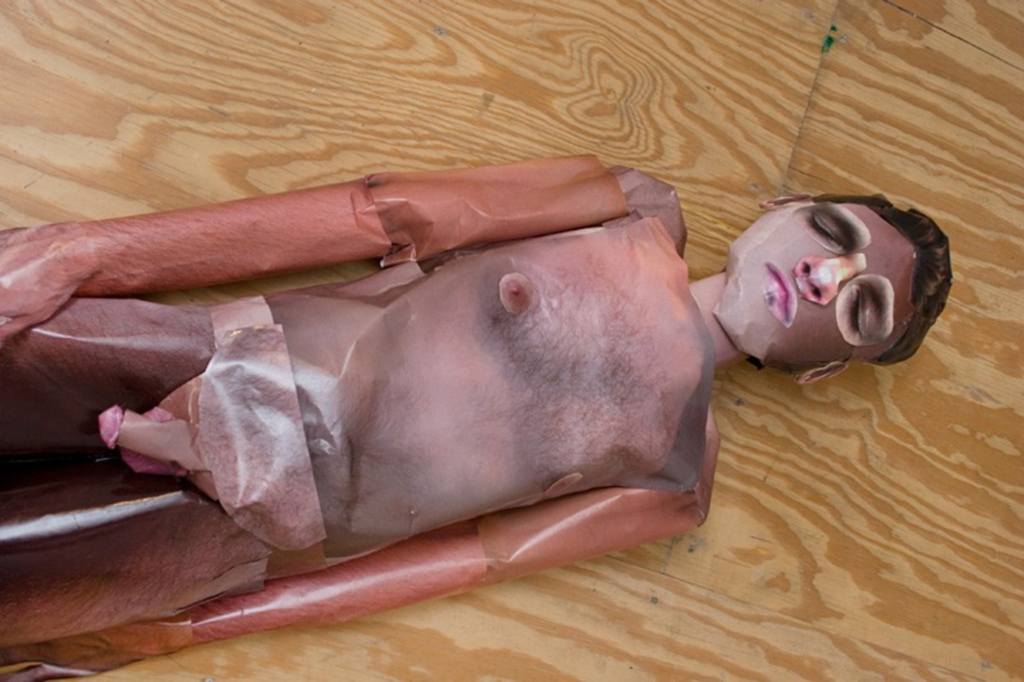 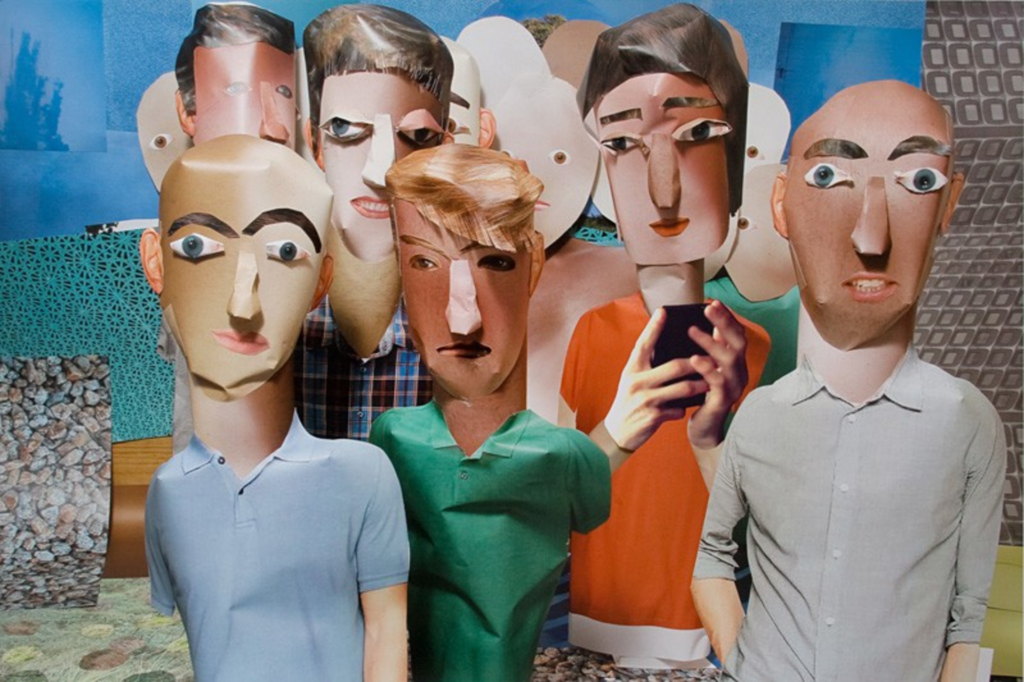 A melancholy sigh for the usual: It’s OK to be average. There is, after all, only so much room at the top of the doughnut pyramid.

Yes. Artist Brandon Juhasz has set a pyramidal stack of pink-frosted doughnuts on a low pedestal made to suggest imitation marble. It’s a meeting of desire and mediocrity, a sure lure for Homer Simpson, an expression of the social pyramid that seems to whisper, Don’t beat yourself up if you’re in the supporting majority underneath. The folks and figures in Juhasz’s I Can’t Promise to Try are here, in all their glossy, colorful glory, to help. Glossy, colorful — and made of folded paper.

With this latest exhibition at Plug Projects, Kansas City once again benefits from the connections of the gallery’s curatorial crew, who routinely introduce us to bright, new work from artists such as Cleveland’s Juhasz — here presenting his 3-D works in an exhibition for the first time.

It’s a privilege to see Juhasz at what appears to be a turning point. In keeping with this conceptually well-executed array, he’s also about to debut a response to Édouard Manet’s 1863 “Lunch on the Grass.” His “Paradise. Pair a dice,” which opens August 23 at Cleveland’s oldest nonprofit gallery (SPACES), is a roomlike tableau that expands on what’s considered ideal or desirable and casts a conscious eye on the awkwardness of sexuality in an era of constant social interaction.

Juhasz used to do a lot of portrait painting and landscape photography but hit his creative stride when he started exploring the pursuit of the ideal: the mundane nature of existence and our desire for the elusive something more. His technique — building objects and scenes by folding photographs appropriated from open-source images (thanks, bountiful Internet) — emerged as a response to America’s homemaking standard-bearer.

“I love Martha Stewart [Living] magazine, the art in it,” he tells me. “The photography is great, especially the older ones. Everything is done with such care. And they make it look like real life, make it look like it’s achievable. But it’s not achievable!”

Replicating those photos led to making things out of the pictures, which in turn led to the more developed narratives on view at Plug: eight inkjet prints, arranged salon-style along one wall, and seven three-dimensional constructs neatly spaced on the other walls or arranged on pedestals. In print and laid out flat or viewed on a screen, the items he chooses — a pepperoni pizza, hunks of meat, the human form — are familiar and simple. But in Juhasz’s dioramas, in person, they take on an eerie personality.

Photography, Juhasz says, amounts to our ultimate death mask: images we hold on to long after their moments have passed, sometimes long after any relevance remains. He enjoys making something that can fool us into accepting it as “real” — real enough to take for granted.

“How Embarrassing” is one of Juhasz’s paper people, lying pathetically on the floor. This poor fellow has reason to feel self-conscious, naked and crushable as he is. With closed eyes and one-ply feet that flop weakly from cylindrical legs, the smaller-than-life form is reminiscent of a diminished, shriveled mummy. It’s the epitome of “Is this all there is?”

Juhasz says he was delighted at the way “How Embarrassing” worked in the gallery during the opening. Everyone was just standing around it, going about the business of socializing, oblivious to it.

You might also breeze past “Limp Wood” — directly across the space from “How Embarrassing” — without a lot of thought beyond its implied double-entendre. But the artist thinks of it as a statement about strength as well as a play on the idea of functionality. The piece drapes one (fake, paper, wood-grained photo) 2-by-4 surrealistically over another jutting straight out from the wall, showing the exasperation of powerlessness. We all can share the feeling of “I can’t do my job anymore.”

It’s disconcerting to stare into the pasted-on eyes of “Mountain Man.” They’re buggy and spaced widely, and they seem unable to focus on anything as they stare out from a head and an armless torso. This guy, dressed in intentionally cliché plaid, his face made of the crags and snow of a “real” mountain, droops a bit, and not just because a crown of lamb chops weighs him down. He, too, seems to want more out of life.

Anyone with a fear of puppets or cadavers will feel uneasy among Juhasz’s people. A creepy intimacy throbs from the figures’ details, the high-resolution body hair and moles. And even if Juhasz hadn’t admitted that nipples imply to him the uselessness and burden of people needing things from one another, there would be a charged and attractive discomfort in seeing so many of them cut out and stuck back on.

If there’s a weakness here, it’s that lumber, meat piles and men in underwear don’t immediately speak to female sensibilities, at least not directly. But regardless of your gender, if you stand among these images long enough, an odd melancholy seeps in.

Premiere: The Guillotine Choir's 'In the Daylight'