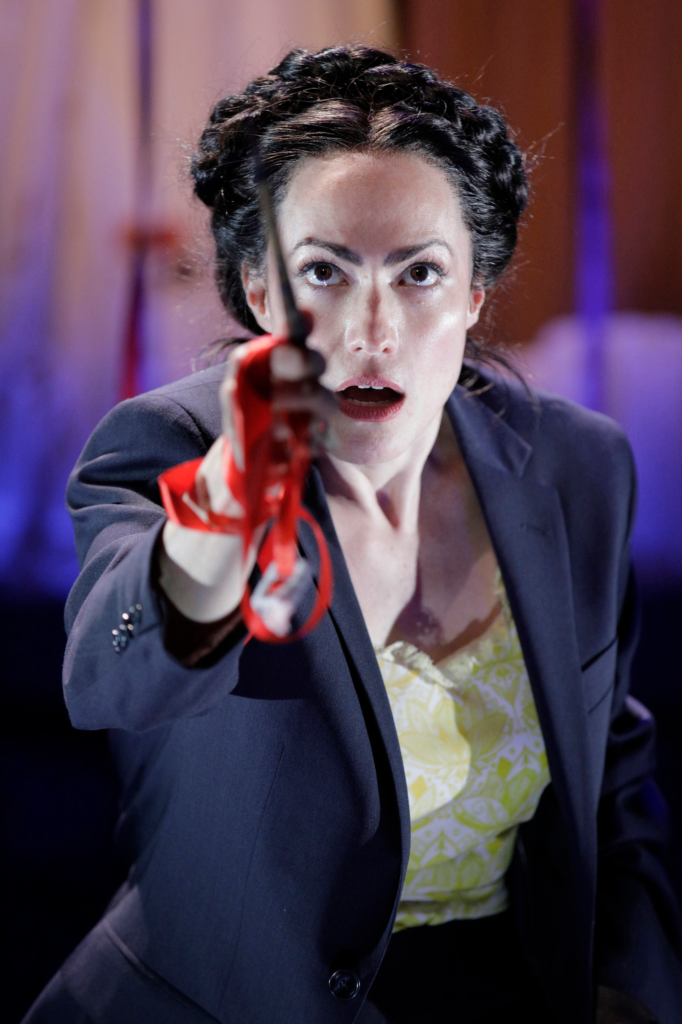 Frida…a self portrait, at KC Repertory Theatre, is an aptly named play about the life and art of Frida Kahlo, a Mexican painter who was unabashedly and sometimes brutally self-reflective in her work — a third of which included self-portraits. Vanessa Severo’s self-penned one-woman one-act, in which she stars, is itself a portrait — an impressionistic rendering of the complex and talented artist.

Severo, who has worked on Frida for several years, first researched the artist after a friend said he saw Kahlo in her (“even without the unibrow,” Severo says). She has continued to explore Kahlo’s life — including a trip to her Casa Azul, or Blue House, in Mexico City, the home her father built and which she says made her a painter — and to hone this 75-minute piece (produced in 2014 at the Living Room Theatre).

With an expanded awareness of, and connection to, the artist, Severo re-presents her Kahlo interpretation, directed by Joanie Schultz, at OriginKC, KC Rep’s New Works Festival.

A mixture of humor, pathos, biography and personal experience, Frida is a nonlinear montage, fluidly pieced together with monologue, dance, music (composer Thomas Dixon), movement (consultant Stephanie Rae Roberts), costumes (Katherine Davis), props, and the script’s many distinctive voices. Those voices include not just Kahlo’s but also those of Kahlo’s father; her lover and husband, muralist Diego Rivera; a doctor; and Severo herself, who juxtaposes her own personal search into Kahlo with the story she tells. “In order to tell her story, I had to tell mine,” she says in the play’s program notes. 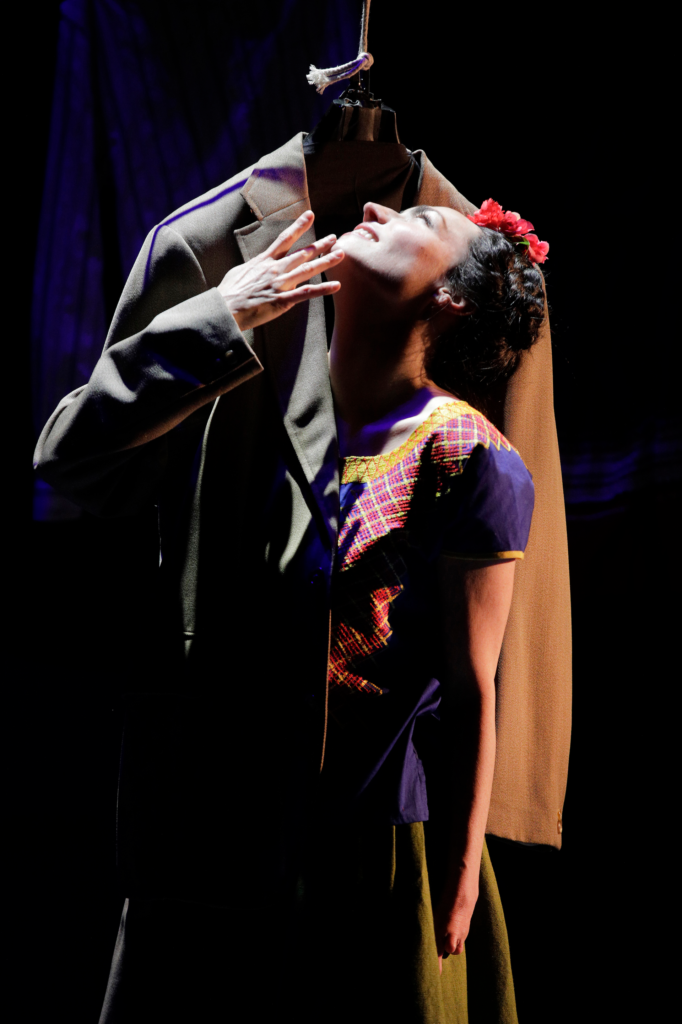 The painter identified strongly with her home country, drawing on its folk art and indigenous culture. This Frida is a colorful and imaginative composition of pop-out scenes that flow one to the other. Taken in as a whole, this truly original work is a deeply affecting drama that leaves an ineradicable imprint. Incorporating costume along with dance and movement, Severo transitions with ease between characters and the play’s discrete segments. (Clothes, first laid out on the stage floor, rise up on clotheslines, which Severo moves among and pulls from.) Her dynamic performance and charismatic stage presence fill the theater’s space to the nosebleed section of downtown’s Copaken theater.

Kahlo’s was not an easy life, which she perceived “as a series of accidents.” She tells us: “I tried to drown my sorrows, but the bastards learned to swim.” Born in 1907, she suffered from polio as a child, and her German father commanded that she push her body to walk. Then, at 19, she was a passenger on a bus involved in a catastrophic crash. The description of her injuries, by a doctor Severo embodies, is as thorough as it is comically unfeeling.

Living after that with enduring physical pain, Kahlo confronted and painted her own reality, pursuing both her drive as an artist and the other love of her life, Rivera (a relationship with its own complications and difficulties — they divorced in 1939 and remarried the following year).

She was drawn to him as she was her Casa Azul, which anchors Frida with a visit from an architecture journalist, who meets Kahlo there. She falls back, dreamlike, on the events of her life, always awakening back in the present, back in her pain. “Dying is an art,” she says. So was her life, reflected in the canvas of Frida.

Through May 19, at KC Repertory Theatre, Copaken Stage, in repertory with Unreliable, part of OriginKC New Works Festival, 13th Street and Main, 816-235-2700, kcrep.org.