At a Hallmark contractor, seven women lose their jobs but get no sympathy or thank-you cards 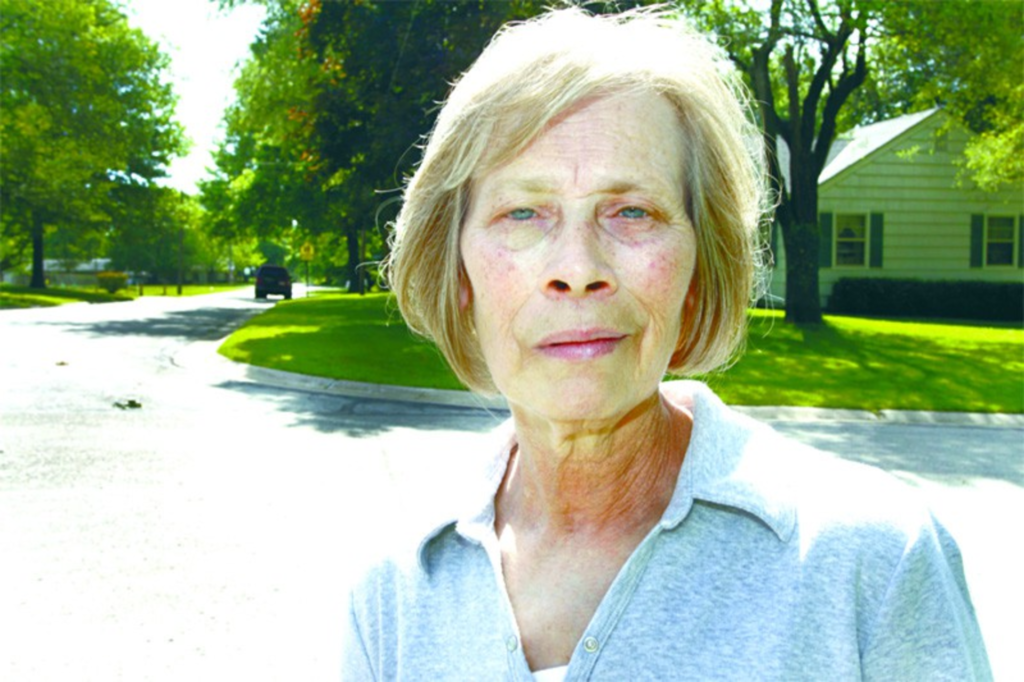 Sheryl Leavey owns a printing company in Merriam. In an effort to cut costs, she decided to outsource the bindery department. Seven women lost their jobs.

Leavey says the bindery workers resigned. Her former employees say they were pushed out to make way for a cheaper, more acquiescent work force.

In any case, Leavey has significantly lowered her costs. A Lenexa company called Performance Packaging Group now provides Leavey’s Creative Printing with the work it needs. Speaking of her contact with Performance Packaging, Leavey says, “He can do the labor for $11 [an hour], and I was paying these girls a lot more than that.”

Keeping a client happy was at the front of Leavey’s mind when she made the decision to dispense with the “girls” — including one woman who had worked at Creative Printing for 33 years. Creative Printing’s largest client is Hallmark Cards.

Leavey figured that she had two choices: lose the workers in one department or lose the business that her late husband, Frank, started in 1967. She chose to outsource. “I could be competitive with some of the other Hallmark suppliers that are getting labor a lot cheaper than I was paying,” she tells me.

The decision to eliminate the bindery department was announced on March 12. Fifteen minutes before their shift ended, the women who worked in the department followed Leavey into the lunchroom.

Leavey explained that she had spoken with her accountant. The outlook was grim. Changes needed to be made.

Leavey said she was willing to keep one employee working full time and another working part time. She was unwilling to decide which two women would get the jobs, however. So, like a prison warden tossing a pool cue into a crowded cell, Leavey asked the bindery workers to choose.

“We had to vote, basically grade each person, because she felt too close to all of us to make the decision herself,” says Judy Hansen, the employee with 33 years’ experience.

Alice Zuniga, another longtime employee, says she could not bring herself to judge her co-workers and have the results determine who kept their jobs. “I refused to do it,” she says.

Leavey went down the line. “Each one just told her no,” Zuniga says.

Meeting that response, Leavey told the women to clean out their lockers, Zuniga says.

Whether the lunchroom meeting ended in a mass firing or a walkout is a point of dispute between Creative Printing, a nonunion shop, and the former employees.

“They resigned,” Leavey says. “I gave them options to evaluate each other to keep two of them, and they refused to do it.”

Zuniga says the word resigned never entered the conversation. Adds Hansen: “Not one of us ladies mentioned the word quit.”

Hansen says Leavey offered two weeks of severance pay. It felt like a slap in the face, as did Leavey’s level of gratitude. “She could not say thank you for all of the hard work,” Hansen says. “That was the hardest.”

Because Creative Printing frequently used other companies to help complete orders, Hansen and the others were replaced by women whom they had worked alongside. Performance Packaging was one of the companies that supplied additional help.

Hansen says workers at the bindery began to lose hours to the transient workers in fall 2008. Before then, Hansen and her co-workers regularly received overtime. Then they began to notice that the temps brought in by Performance Packaging were the ones putting in the 12-hour days.

The Performance Packaging crew was made up of women from Central and South America. Zuniga was able to communicate with them. Her father, who had emigrated from Mexico as a teenager, spoke Spanish around the house. “I understood everything they were saying,” Zuniga says.

Zuniga says the women told her that they were undocumented. “I would ask them if they had their papers,” Zuniga says. “And each one of them told me they didn’t.”

Zuniga says she asked her eventual replacements a lot of questions about their status. They told her that they would not be working for Tucker Lott, a partner at Performance Packaging, if they had their papers, she says.

Officials at Creative Printing and Performance Packaging say claims that the workers are undocumented are false.

Performance Packaging, Leavey says, has provided employment-eligibility verifications for all of the workers. Patricia Mullins, an attorney for Creative Printing, says the company is “totally compliant with the law.”

“Simply said, we document all of our workers,” Lott tells me in an e-mail.

Lott is not willing to discuss his ability to drive Leavey’s labor costs down to $11 an hour. When pressed for details about his arrangement with the women he sends to Creative Printing, he declined to comment.

Hansen and Zuniga question whether Creative Printing was in the peril that Leavey described. (In their eyes, the Leavey children who worked at the company appeared to live comfortably.) At the same time, they seem to appreciate Leavey’s position that Creative Printing had to tighten up to keep Hallmark happy.

The women in the bindery wrapped packages and assembled card displays. “When you do Hallmark jobs,” Hansen says, “you’re basically in competition with all the printing shops that aren’t union.”

In fact, Creative Printing followed Hallmark’s guidance when it began an association with Performance Packaging, a Hallmark-approved vendor.

Hallmark holds its suppliers and their subcontractors to a code of conduct. The code instructs suppliers to honor the law in their respective countries. “In the United States, that means that all workers employed by our suppliers and their subcontractors should be in the country legally and have the appropriate documentation that demonstrates their eligibility to work in the U.S.,” according to Julie O’Dell, Hallmark’s public relations director.

In an e-mail, O’Dell tells me that from Hallmark’s discussion with Creative Printing and Performance Packaging, “we believe they can appropriately establish the work status of their employees as set forth in our Supplier Code of Conduct. We do take allegations regarding alleged violations of our Code of Conduct seriously and will continue to stay engaged with these vendors to ensure they remain in compliance.”

Hallmark defines itself by the word caring. Yet the pressure that Leavey and her former workers describe brings to mind the remorseless power that Wal-Mart wields over its suppliers. The retailer is so large and has such an insatiable appetite for low prices that manufacturers have felt compelled to move their operations overseas.

Journalist Charles Fishman vividly illustrated the phenomenon using a pickle jar. In a a magazine article he later expanded into a book called The Wal-Mart Effect, Fishman described how Wal-Mart asked Vlasic for a gallon-sized jar of pickles that it could sell for less than $3. Vlasic delivered. Three years later, the company was bankrupt.

Like Wal-Mart, Hallmark appears to have grown comfortable with the concept of outsourcing. As my former colleague Eric Barton reported two years ago, Hallmark has laid off hundreds of workers in Kansas City and surrounding communities while expanding its “global procurement activities” (“Hallmark cares enough to send the very best … jobs to China,” May 15, 2008).

As the women who worked at Creative Printing found out, factory work sometimes disappears while the factory itself continues to hum along.

I first spoke with Alice Zuniga and Judy Hansen at KKFI 90.1 on a day when they recorded an interview with Judy Ancel, host of Heartland Labor Forum. Portions of that interview appear in this story. Click here for a podcast of the show, which aired May 27.

Author Mary Roach on her new book, Fuzz, and the joys of experiencing the unexpected