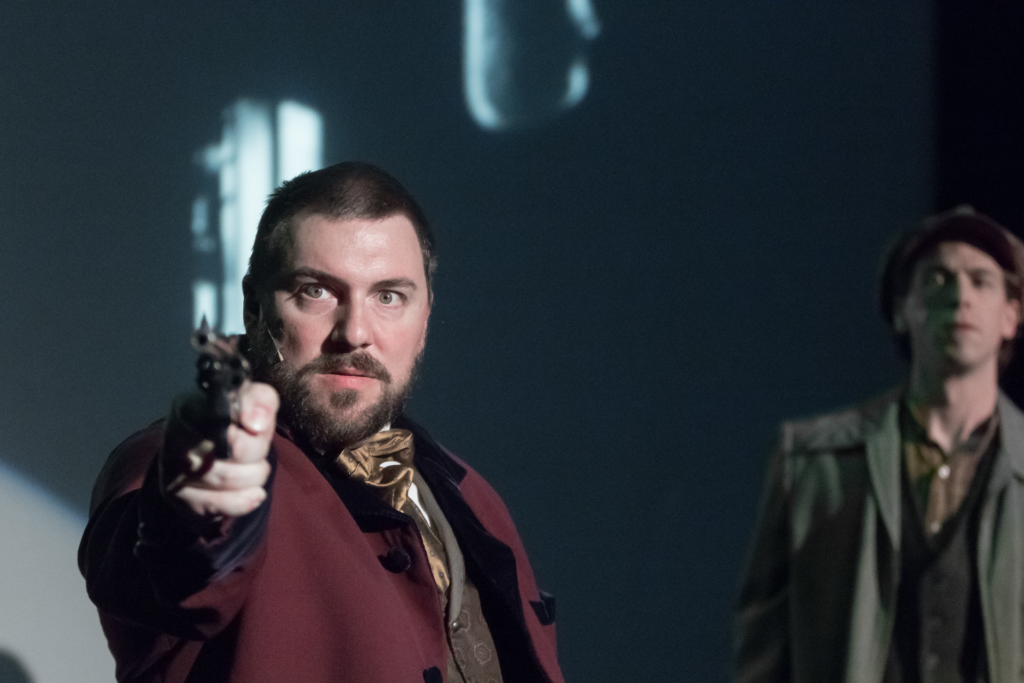 Royals got you down? Head to Spinning Tree Theatre for a winning production of America’s other national pastime: assassinating presidents.

Assassins, Stephen Sondheim and John Weidman’s lippy 1990 musical, still feels contentious in its slapdash structure and comic treatment of murderous loons. But the musical has earned a loyal cult following thanks to a few tidy tunes and an uncanny ability to stoke patriotism from the embers of attempted murder.

The play opens with the Proprietor (Zachrey York) hawking guns like a carnival barker to nine assassins from various decades. First prize often goes to rank beginners, he sings — and Leon Czolgosz, President McKinley’s assassin, steps up to the plate. The rest of the players, from Charles Guiteau, President Garfield’s 19th-century assassin, to Lynette “Squeaky” Fromme, a Charles Manson acolyte, quickly line up behind him.

Sondheim thrusts anachronistic figures together in scenes with the breezy prattle of a hotel bar at a corporate conference. Costumer Shannon Smith-Regnier tidies the chronology with well-defined period dress for each character, and projection designer Shannon Barondeau straightens out settings and mood with bright projected backdrops, the colors cheery as a cartoon.

Assassins is largely a revue, but Sondheim and Weidman knit songs and shootouts together with goading from “pioneer” John Wilkes Booth (Jerry Jay Cranford, exceptional) and commentary from the Balladeer (Michael David Allen, a talented performer battling mic issues at Wednesday evening’s performance). 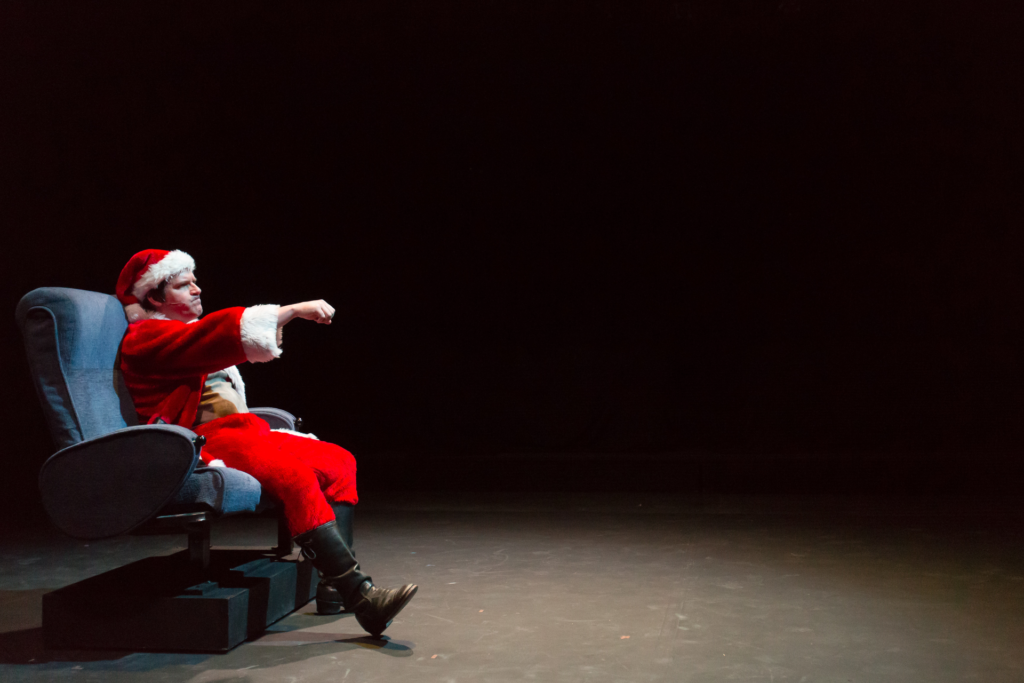 Spinning Tree’s ensemble, directed by Michael Grayman-Parkhurst, is predictably solid. Julie Shaw delivers a note-perfect comic performance as Sara Jane Moore, a high-strung mom who can’t paw through her oversized purse fast enough to be a real threat to President Ford. Andy Penn — as the beer-swilling, Santa suit–wearing, Nixon-targeting Samuel Byck — is another highlight, ripping through Weidman’s sharp monologues in a thick South Philly patois. And Tyler Rowe is perfectly cast (and coiffed) as shy John Hinckley, who attempts to assassinate President Reagan to win the girl of his dreams. Rowe’s rendition of “Unworthy of Your Love” is almost achingly tender — no small feat, given that the tune’s an obsessive ode to actor Jodie Foster. 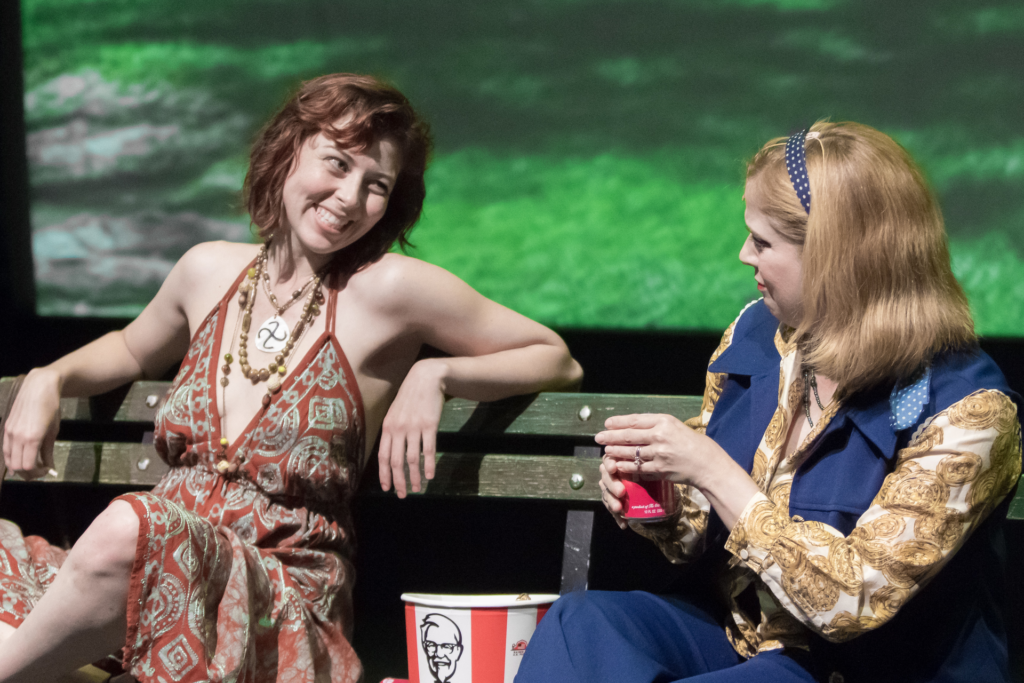 The Sondheim-iest number in the score is “The Gun Song,” a dark, reedy reckoning that gives rise to a rousing barbershop quartet. Cranford, Shaw, Jordan Fox and Robert J. Hingula deftly navigate the weaving melodic lines and off-kilter descant, with a tonal assist from lighting designer Nicole Jaja.

Even for a revue, Assassins suffers from sprawl. The full-cast number “Another National Anthem” feels like a showstopper, distilling the musical’s oddball offerings into a barbed thesis on the dark side of the American Dream (If you can’t do what you want to / Then you do the things you can). But Sondheim and Weidman meander on into a sober, energy-sapping scene introducing Lee Harvey Oswald. Daniel Eugene Parma is well cast as the frustrated assassin, but the scene is the maraschino cherry that makes the whole sundae slouch.

Still, Spinning Tree has served up a faithful production of an underproduced Sondheim show. See it while you can, and steep in the perverse pleasures of tapping your toe to traitors and creeps.

Kansas woman will be first female to be executed in the U.S. in nearly 70 years