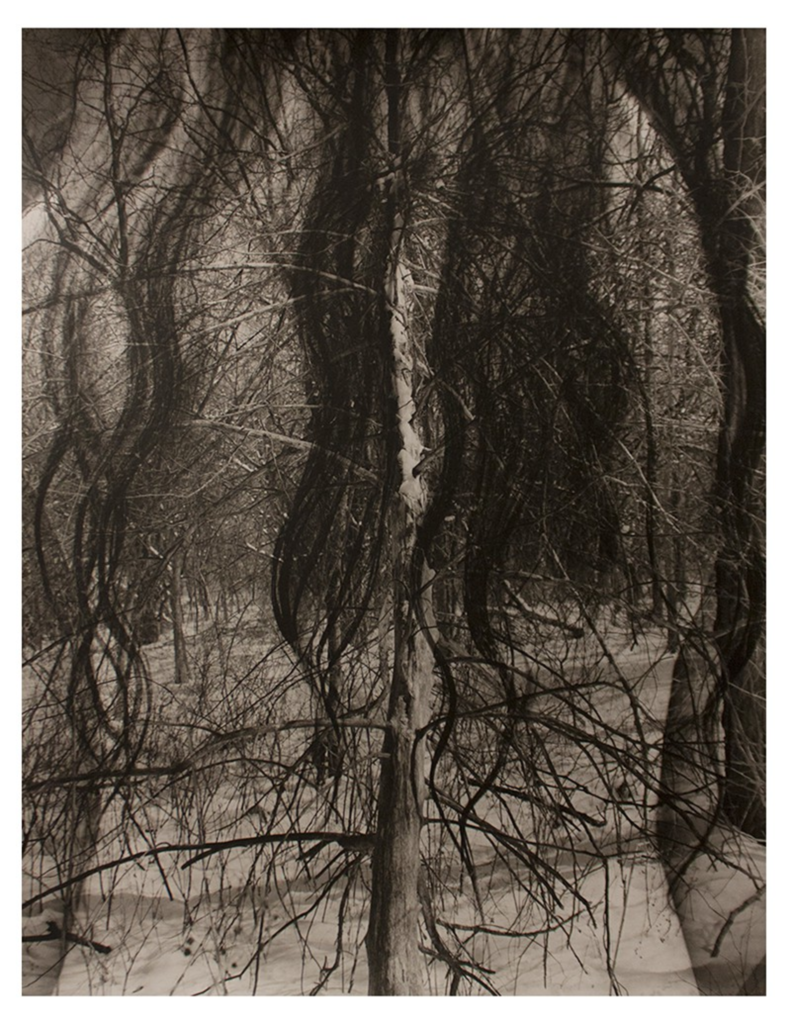 At its widest, the Columbus Park neighborhood is about 10 blocks by five blocks, ringed by interstate highways and sandwiched between the Heart of America and Christopher S. Bond bridges. Century-old townhomes sit alongside properties built during the last real-estate boom. The neighborhood has a credit union, a funeral home and its own community center. There’s a cul de sac of public-housing duplexes, and there are restaurants — Happy Gillis, LaSala’s deli, Vietnam Café, Garozzo’s — that draw crowds from all over the city. Its Catholic church, Holy Rosary, puts on what may be KC’s most traditional and bustling St. Joseph’s Day celebration every March.

As in many neighborhoods, you don’t glimpse very many residents as you drive or walk through what was once called the North End. (The name Columbus Park acknowledges the Italian-American families whose heritage here goes back to the late 1800s.) But over the past few years, there have been at least a dozen spaces open for sharing art, including the For Sale gallery, at 916 East Fifth Street.

Many spots have been people’s homes or studios. The Blau Space (520 Gillis) is open only occasionally.

Dan Frueh’s Trap Gallery, at 525 Gillis, is still here, taking up the first floor of his family’s home. It’s presided over by the head of a formidable black bull. The plaque describing the beast’s provenance — killed by toreador Gregorio Lopez in 1972 — has a couple of old playing cards stuck in it. Frueh was studying graphic design and illustration at Drake University, and he happened to pick up the bullfighting trophy from a Des Moines Annie’s Santa Fe when the restaurant closed. It has accompanied him over several moves the past two decades, since Frueh graduated in 1994 from the Kansas City Art Institute’s photography and video department and then put down roots in KC.

For the past 12 years, those roots have run through this three-story brick building, where Frueh has put on one-night exhibitions from spring through fall, and the gallery has become one of the area’s art anchors.

It also has a tradition of extending its hospitality to art students. Every April since about 2003, and some Decembers, a senior-thesis exhibition takes over the space. “I always remember how hard it is to find a place do your senior show,” Frueh says.

Friday, April 19, as the H&R Block Artspace opens the Kansas City Art Institute’s 2013 Annual B.F.A. Exhibition, photographer Laura Cobb presents (Re)compositions, her KCAI senior-thesis show, at the Trap. Cobb works with negatives in the darkroom to layer images into ethereal, luminously beautiful new pictures. She has written that her rural upbringing has influenced her work; (Re)compositions comments on the expansion of society as it takes over natural environments.

Frueh has done his own environmental photography. He had completed a contract stint taking documentary pictures of flood-damaged homes for FEMA (followed by working freelance in commercial and architectural photography and with Paul Kivett of Colorworks) when he bought the Trap, in spring 2001.

It had been vacant for a couple of years by then, and it bore the marks of earlier renovation efforts. Someone’s unfinished work let rain pour into the building. “We moved in at the end of June with nothing but a shower, a toilet, half of a kitchen sink and a fridge,” Frueh says. But it was the right spot for a photography studio, a place with artists in its history. Past owners include photographer E.G. Schempf and artist David Ford.

And it was the right moment. That fall, Mark and Carol Sabec, who own the long building spanning the 1000 block of East Missouri Street, established the nonprofit Art in Columbus Park; 1020 East Missouri became a gallery, and other art spaces started popping up.

For a couple of years, AICP, which included neighbors like Grisales and Sandra Amica Gomersall, among others, hosted their shows on First Fridays, until competition from the Crossroads District became too overwhelming. During one month, Frueh says, eight venues were putting up shows. “We had a cool little crawl,” he says. “But people moved away.”

The nonprofit dissolved in 2007, by which time Frueh had gotten his gallery into shape. He changed the name to the Trap, and today the space has an appealing wood floor, bright shop windows, track lighting and a tin ceiling salvaged from 1512 Grand.

A built-in window bench, now covered with planks from the third floor, is where Frueh found the two playing cards now up on the wall with the bull. He likes to think that the ace of diamonds and the joker were stashed in the bench years ago by someone looking to pull a fast one and win a card game.

A different kind of betting goes on today at 525 Gillis, and the Trap seems to be winning. Frueh tends to choose artists who can self-curate, but he has assembled a few group shows that have drawn large crowds. He dedicated two Octobers to a “celebration of oxidation” — the LOVE:RUST exhibitions, which included works by Mary Fasone, Stretch, Matt Crane, Erick Warren, Dan Wayne and George Rousis.

Last May, the Trap put up a show called Proximity. “I was blown away by the number of artists who live here,” he says. “We had more than 30 people showing.”

Cobb heard about the Trap from someone who had shown at the space and secured it for her thesis back in September. “I think it’s challenging to find a good place to show,” she writes The Pitch in an e-mail. “There are many places to have shows, which aren’t difficult to get, but galleries will generally charge a fee for using the location. Then they also take a commission. Dan is not doing either, which is really great. He just wants to help young artists.”

Of course, Frueh also wants to help his neighborhood (he steps down as neighborhood council president this month, after years of serving), which benefits from an ongoing artist presence. And his family can claim at least a small profit. Frueh’s 9-year-old daughter, who calls Trap events “art parties,” takes advantage of warmer months to set up a lemonade stand.