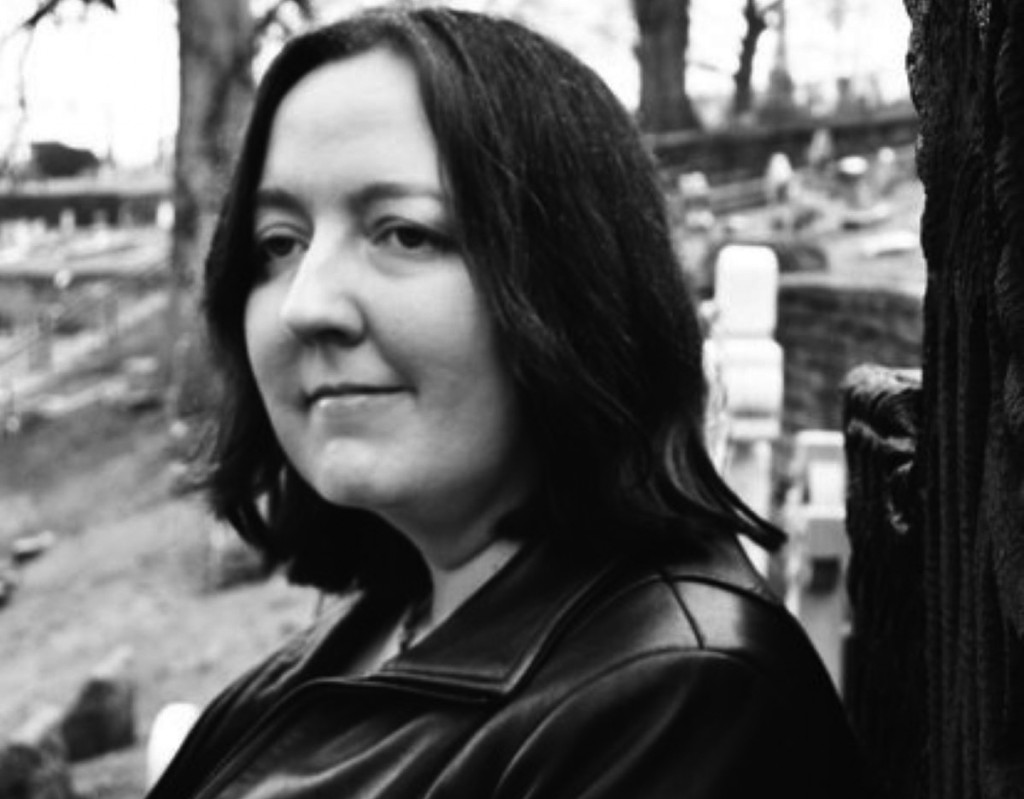 Under her given name, writer Ursula Vernon is known for the children’s fantasy series Dragonbreath and the webcomic Digger whose collected works won the Hugo for Best Graphic Story in 2012. In recent years, however, the author has begun writing under the pseudonym T. Kingfisher as a way of differentiating between her books for the younger set and these darker-themed novels.

“I write kids books and this is great and I enjoy doing it, but the problem is that when you write for kids, people assume that everything you’ve ever written is for children,” Vernon relates as we talk by phone one mid-September afternoon. “You only need to have the experience once, where you’re in the library, and they’re doing a raffle, and they pull out a book that you thought was out of print and raffle it off to an eight-year-old boy, and you’re lunging across the room in slow motion going, ‘Not that one!’”

Essentially, she continues, it was just easier to get a pen name for brand separation: “So that parents aren’t going, ‘Well, my kid likes their books with the cute little dragons—I’ll get them this one.’ Honestly, most of the adult stuff, I think, would be less traumatic than it would just bore them because it would take so long to have anything happen, as far as they were concerned.”

For kids, maybe. For adults, definitely not. As Kingfisher, Vernon’s 2019 novel, The Twisted Ones develops the story of a woman gone to the country to clear out her grandmother’s house into a tale of forgotten colonies. Her latest, The Hollow Places, due out this month from Saga Press, sees a mysterious back hallway lead to a terrifying hidden world. It’s like The Lion, The Witch, and the Wardrobe through the lens of H.P. Lovecraft. While they might have a slow build to big action, they’re fairly much disconcerting from chapter one onward.

“I joke that inside every children’s book author, there is a frustrated horror author,” Vernon offers as to why she’s chosen to craft these deeply terrifying—yet no less charming—novels. “Every time they tell you, ‘You can’t put that in the children’s book’—it’s too dark, too weird too, violent, or whatever—it goes into your chest and presses down and eventually it is these diamonds.”

These diamonds are then mined to create something that can be as dark, horrible, gory, and weird as Vernon wants. As she put it, while she understands that her editors are lovely and know better than she what is appropriate in kids’ books, sooner or later she wants to write something where really genuinely terrible things are allowed to happen.

Part of what makes Vernon’s books so terrifying is that they’re quite relatable. Told in the first person by rather chummy narrators who immediately become something like your best friends, The Twisted Ones‘ Mouse and The Hollow Places‘ Kara feel like folks you’d love to get to know better, making each page in both books an absolute treat.

“Horror is sufficiently immediate and visceral that you spend a lot of time thinking, ‘What would I do in this situation?’” Vernon explains her style. “It has to be very immediate, so that the reader isn’t yelling, ‘Don’t go in there!’ when they’re about to open the door. You don’t want that. You want people to relate to why they’re making these choices. You need a pressing reason why they will stay in this situation that is obviously bad. Things are going down, so it has to be a believable reason.”

“That’s why people stay in scary situations,” Vernon agrees. “I think that’s a more relatable reason than something I don’t actually believe. People stay in situations either because they’re too poor to leave, they have nowhere to go, or there’s someone they just can’t bear to leave behind. You got to have the personal stakes.”

For all the personal stakes and emotional weight to them, it’s all the more surprising to discover that Vernon’s two most recent novels as T. Kingfisher are based on early 20th century short stories and novellas—Arthur Machen’s “The White People” and Algernon Blackwood’s The Willows for The Twisted Ones and The Hollow Places, respectively—an age not usually noted for its embrace of emotions other than out-and-out terror or surprise within pulp genres. I ask Vernon as to what the challenges are for keeping everything tautly scary when stretched out, as well as adding a more diverse emotional palette.

“I started out doing fairy tale retellings as T. Kingfisher,” Vernon explains. “I am more comfortable when I have sort of a springboard to work from. To a certain extent, pulp horror is a lot like fairy tales in that it’s a story that we know and we know how it comes out. One of the fun things about it is that, if you can include little tidbits or Easter eggs that tie back to the original, you make the reader feel smart when they get the joke. I enjoy being the reader who gets the joke.”

On a broader scale, however, there are definitely issues with stories from turn-of-the-last-century writers, as anyone who’s ever delved into Lovecraft can tell you. Vernon points out that many of these tales have a creepy core to them, wherein there is something genuinely alarming.

With “The White People,” the inspiration for The Twisted Ones, Vernon explains that Machen wrote a fascinating and interesting story, but she finds parts of it frustrating to the point where she got an itch to take a red pen to a long, rambling monologue and address the fact that even Victorian-era 16-year-old girls didn’t talk the way they did in the original tale.

“Let’s address some of these issues,” Vernon explains as her starting point. “Algernon Blackwood’s The Willows is a genuinely creepy story, and it’s very strange, and there is definitely something to it that is worth grabbing onto and looking at more closely, while at the same time—parts of it are horrifically dated and I’m like, ‘Oh god, no!’”

However, Vernon says, there’s a creepiness that she wants to get at, while not necessarily isolating it from its roots, because the author thinks the roots are valuable. Her idea is to recontextualize the story, bring it forward, and ask, “Would this still scare me today?” She points out some stories as being the literary equivalent of the original King Kong movie.

“When that was first shown, people were screaming and fainting in the aisles,” Vernon says. “Now, it’s like, ‘Oh, that’s really bad stop motion,’ and stories—to a certain extent—work like that, too. Sometimes, it’s seeing the bits that still hold up and seeing if they would hold up in a more modern context. There was definitely something creepy and surreal enough about The Willows and about alien intrusion. I want to know more about that dimension. I want to actually go there and poke around and see what’s going on.”