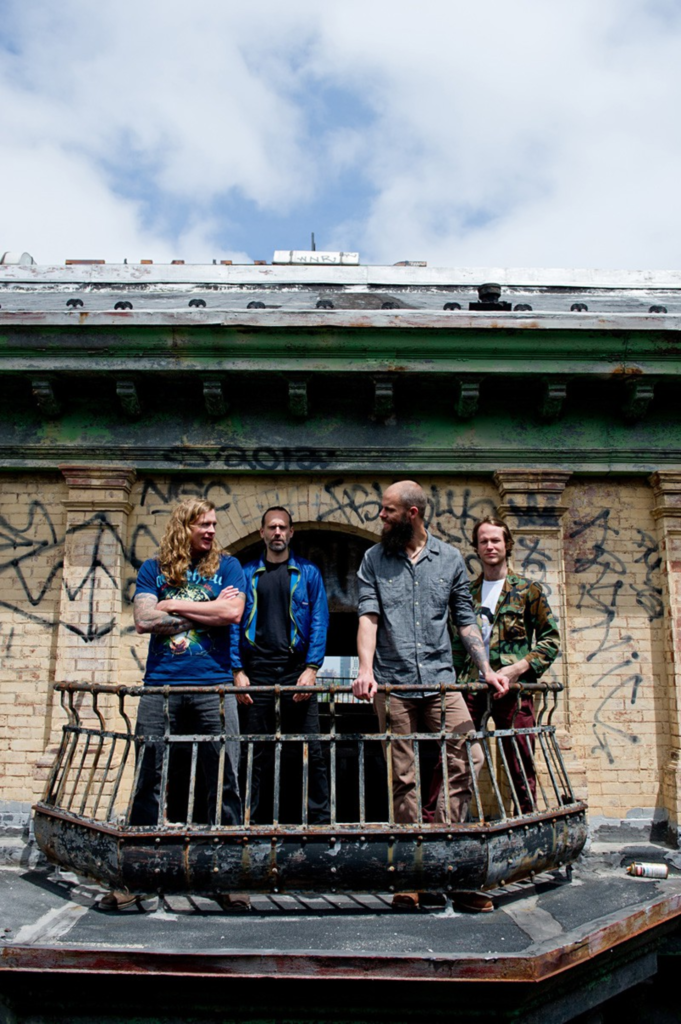 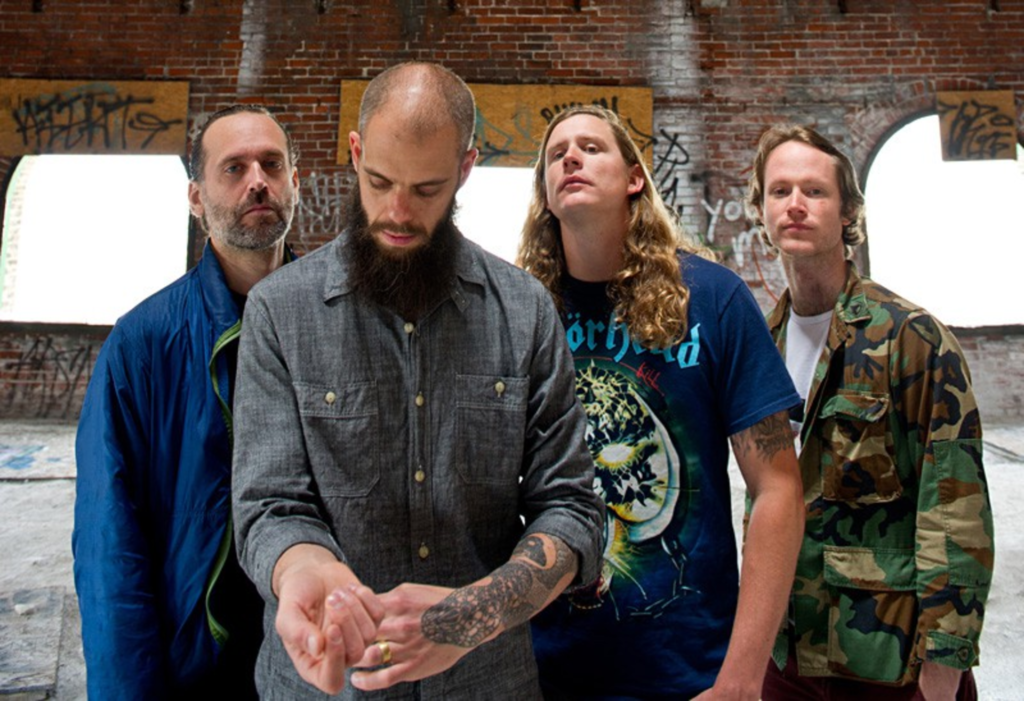 When Baroness got into a serious bus accident last August while on tour in England, the heavy-rock quartet’s ability to move forward with its career was thrown into doubt. At the time, the double-album Yellow & Green had been out for just a month, and the Savannah, Georgia, band had yet to tour the United States to capitalize on the album’s momentum. Nine months, two personnel changes and much physical rehabilitation later, Baroness returns to the road to resume its duties to support the album. With a surprising amount of good humor, guitarist Peter Adams recently spoke to The Pitch about the accident and where things go from here.

The Pitch: [Frontman] John Baizley has talked a lot about the accident and the challenges of his physical recovery. Around five months ago, you guys started to get the inkling that it would be possible to go back on the road. What discussions took place?

Adams: It was really early on in it. I would say about two to three weeks after the accident was when John and I started to talk about that. We never really hesitated. We were like, “What are we gonna do about the band?” That was on both of our minds. This is the fear that bands have. The first thing that comes to mind is like, “What the fuck — are we gonna be able to do what we’ve put everything in our life into?” When we first started to decide, months went by, and we never heard from the rest of the guys on how they felt or what they were going through. And then, worst-case scenario: Our bassist Matt [Maggioni] and our drummer Allen [Blickle] both left the band on the same day. That was the hard pill to swallow. But from there, it was like, “OK, now what? We have to move on.” It’s definitely a position where nobody wants to be, but you make the best of it.

The groove is an essential component of Baroness’ sound. Can you talk about what new drummer Sebastian Thomson brings to the table?

What’s amazing is the similarities. Allen has always been an extremely hard-hitting drummer. It was always a little bit of a task getting Allen to quiet down a little bit. [Laughs.] But I’ll tell you what, Sebastian’s dynamics are quite fitting. I think what everyone’s worry would be is, “Oh, how is this gonna change their dynamics?” But he brings a very refreshing dynamic. To be heavy doesn’t necessarily have to mean that drummers just plow through the kit every time they sit on it. I mean, we’ve gotten to this point where, after all these years, we’ve written a slew of material that has soft parts and heavy parts.

Baizley said in November that he envisioned the band being back on the road in six months. And here we are. How concerned were promoters, your management and label that you would be able to physically handle a trip like this?

Everybody said, “Take your time.” The support was there, and we definitely never felt pressure. This was all our decision. It’s been so long since we’ve been off the road for this amount of time, so the excitement’s up, and everybody’s in it.

Baizley had to have his arm taken apart and put back together. The doctors were initially concerned that they might have to amputate it, and he couldn’t walk for a while. How extensive were your injuries?

I was getting my recuperation on the river fishing and in the woods hunting. [Laughs.] That’s where I always seek out all my guidance in this life. Out of everyone on that bus, I was the only one not hospitalized. My injuries were mild in comparison to everyone else’s. I literally landed on my feet. Somehow I landed standing up straight — after being hit by a flying refrigerator, a slew of broken bottles and gnarled, twisted-up bunks — with only cuts, burns, bruises and some torn muscles. But I’ve always been athletic, and I’ve been beat the fuck down before, much worse than that. [Laughs.] So I did my own working out at the house during all that time off.

It sounds like you have full recollection of the accident.

Absolutely. I was at the very back of the bus, on the last bunk on top. I’d been laying there awake for some time. We were at the end of this long tour. It was just another day, coffee was on, and I was like, “All right, another rainy day out.” The bus was creepin’ real slow because it was pouring. I knew we only had about another hour to get to where we were going. And then the bus started to crest the top of this hill. I felt the bus gearing up and gearing down. Then I felt the bus picking up speed, and I heard this metal-on-metal sound, this whining and grinding of the brake pedal being depressed and nothing taking.

That’s when I totally realized something was fucked. I came out of the bunk a little bit, and I saw John coming up the aisle and I saw a couple of people dive in their bunks, and I was like, “Oh, shit.” We were starting to fly down this hill, and the bus was going side to side to side to side as we were picking up more and more speed. I knew there was no happy ending no matter how this bus ended up or whatever the fuck was at the bottom of this hill. So I just rolled over in my bunk and got into a fetal position and said, “Man, it’s been real.” [Laughs.] Then there was impact, and it was like being a shoe in a dryer.

Of course, it ended as quickly as it happened. Next thing you know, it’s over, and I’m just standing there. When I’d gotten hit by the refrigerator [a few moments beforehand], I was like, “Aw, fuck, just make it [dying] quick. Don’t make this a long one, man.” But honestly, when I landed, the first thing I said to myself was [laughing], “I just won again, yeah! That one didn’t get me.” And, you know, at the end of it all, it didn’t get us — it didn’t get anybody! Look, man, we all still have life, limb and eyesight.

Yeah, but Matt can’t pick up a bass now.

Lemme clarify that. Both Matt and Allen are doing much better than the initial reports indicated. Matt’s gone through extensive physical therapy. I just recently saw him a couple of weeks ago, and he’s doing very well. Will he be able to do any strenuous heavy lifting? No, doubtful. But he’s back on his feet and doing well. At the time that he made his decision, he was still in a back brace. I don’t think it’ll ever be the case where he can never play the bass again.

How is your relationship with him and Allen in the wake of their decision?

The relationships are good. Because I’ve never expected anyone to stay if this is something they don’t want to do.

How aware were you of how the album was doing?

At that point, we needed to get home for some much-needed rest, so it didn’t really settle in for me until I was home. In the fall, I realized that, wow, this album’s actually doing really well. But it actually made it harder because we couldn’t support it. That’s the one thing that, if anything, started to get me down at the very beginning there: “What’s going to happen when or if this thing loses steam?” I was terrified of that.

What are your impressions of the American health-care system after being treated in England?

We’ve still got a long way to go in America to get things right with our health-care system. [Laughs.] That’s the feeling it left me with, absolutely. They have a pretty well-working system over there, and we could stand to take a few notes.