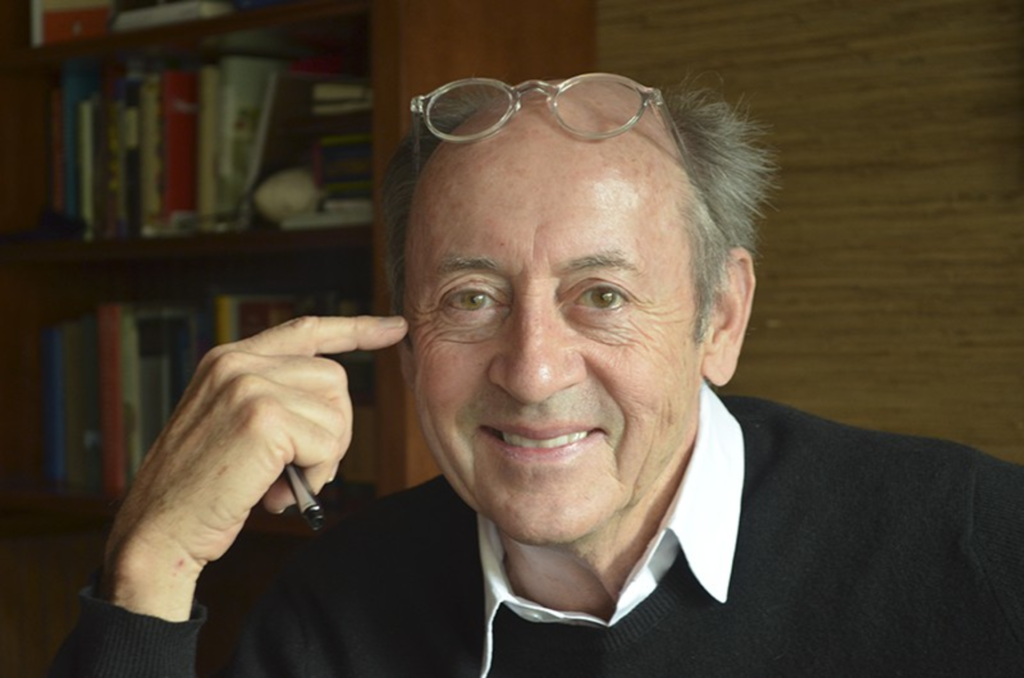 It takes quite a few words to explain Wordless, the musical and spoken-word collaboration of Pulitzer Prize–winning author and illustrator Art Spiegelman and jazz composer Phillip Johnston. Ahead of the pair’s tour stop here Sunday evening at the Kauffman Center for the Performing Arts, The Pitch called Spiegelman at his studio in New York.

The Pitch: Wordless is billed as an “intellectual vaudeville show.” From the trailer online, the performance looks like a combination jazz concert and art-history lecture. What kind of experience does an audience get?

Spiegelman: Wordless takes you through the war between words and pictures and what’s happened to the way they work over the last century. But it does that by showing you the crash-course equivalent of eight short movies you’re being dragged through really quickly. In the old days, this would be called multimedia. You have moving visuals, fancy patter by a cartoonist and a six-piece band performing.

I’ve never been able to get this thing down to a sound bite. I know people seem to like the thing that happens. But I don’t really know what the short-form description is. Maybe instead of intellectual vaudeville it’s lowbrow Chautauqua?

What was the genesis of the collaboration with Johnston, who wrote the score?

We worked on this on Skype because he’s on the other side of the planet. It was originally done for his side of the planet. We both share many years’ common interest in arcane graphic-comic stuff, weird novelty music and silent film. That led to this being a natural for us. These woodcut novels [using the printing style in which a carved block of wood is pressed against a piece of paper] and pantomime comics are all either precursors or immediate responses to the rise of cinema.

They wanted me to come to the Sydney Opera House. And what for? To be interviewed onstage as part of a graphics festival. It didn’t seem worth bothering. It’s halfway across the planet, and I’d be jet-lagged for the rest of my life just to be interviewed onstage. I can be interviewed anywhere. I said, “You have an opera house. Can we use it?” Then I had to figure out what we might do together. The Library of America had me as the editor of their collected woodcut novels of Lynd Ward. They asked if I would oversee it and write the introduction. [The two-volume set came out in 2010.] That was still fresh in my mind when the Sydney call came. It seemed perfect. Phillip was in Australia, getting his doctorate in silent-film music and studies while continuing to work with a jazz band.

This seemed like the perfect way for me to talk about these works that are very influential but outside the general narrative of the history and aesthetics of comics. You really have to understand what they are, and that means experiencing them before they can be talked about. The only way to really do it is to just gloss over it and not tell you much or say, “OK, class, let’s look at these. They’re on hold at the library. Come in tomorrow and we’ll discuss them.” So instead, Wordless is an accelerated first reading of seven or eight artists. It becomes very synesthesiac because you have the music.

They’re a genre that began about 1920 as part of a general woodcut revival that was going through modern art, due to the Japanese woodcuts that had become popular in Germany. Telling stories in woodcuts grew out of one artist, Lynd Ward, who was using them as a fluid means of expression inspired in part by silent film. It becomes a kind of picture story that was very well-received. It really is a ’20s and ’30s phenomenon, but it’s influenced a number of artists into the present, including me. The stories are often melodramatic, often with a kind of political cast to them, often very adult in their visuals. They are kind of an alternate-universe version of what comics might have been until the invention of the graphic novel.

You’re familiar to most people as the creator of the graphic novel Maus or perhaps as an important figure from the “underground comix” scene or the mind behind the Garbage Pail Kids. What can you tell us about your work as a historian and a theorist?

To me, it’s part of being a practitioner. It has been all my life. When I was growing up, I was in the 741.7 area of the library based on the Dewey Decimal System, where all the comics and weird books that were near the art section, but not quite of it, would be. I am fascinated by the many ways in which people putting words and pictures together have their own style and approach. It started with me sitting in the library looking at the bound, before-microfilm newspapers, trying to understand what had been done. That led to me extracting from those comics people who were important to me and ultimately sharing that information, first in art-school lectures and studio classes and comics back in the ’70s, and later in the form of lectures.

It’s had its effect in terms of understanding a medium and communicating that to others. I’ve done a few books. I’ve done collections of comics by new cartoonists over the decades. It’s important to have them side by side with older cartoonists so one can see all the links in the history. Now people come in here, and they think I’ve moved into a library. It’s a large studio that has my drawing table in the center, but all the walls are crammed with books, almost all of which belong in 741.7 in the Dewey Decimal System.